On Thursday, the Senate voted for confirming Kathy Kraninger as the next director of the Consumer Financial Protection Bureau (CFPB). The vote was 50 to 49.

Nearly a week ago, the Senate narrowly advanced her nomination, voting 50 to 49 to send her to the final round of approval.

Kraninger will be replacing Mick Mulvaney, who was appointed by President Trump and has been acting as interim director since 2017.

What Kraninger’s appointment means for consumers

Some worry that Kraninger’s appointment as director will continue Mulvaney’s unraveling of the bureau.

Kraninger, who currently serves as the associate director of general government at the Office of Management Budget, faces criticism from Democrats and consumer advocacy groups for her lack of knowledge in consumer finance.

“American consumers should expect the new director of the consumer bureau to advocate on behalf America’s financially challenged consumers,” says Jack Gillis, executive director of the Consumer Federation of America, in a statement to Bankrate prior to the Senate’s final vote. “Unfortunately, the current nominee does not appear to have those characteristics.”

“She has never — I repeat, never — worked on consumer protection issues, either in public service or in the private sector. She has zero track record of standing up for consumers,” said Sen. Elizabeth Warren (D-Mass.), as reported by the Washington Post.

“In addition to her time leading the Office of Management and Budget, Kathy Kraninger has decades of experience on Capitol Hill and with previous presidential administrations. As Director of the Bureau of Consumer Financial Protection, the National Association of Realtors is confident Ms. Kraninger will prioritize the protection of consumers’ financial interests while eyeing necessary and critical reforms of the Bureau’s examination, enforcement, and rulemaking processes,” the letter states.

In July, Kraninger testified at her Senate Banking Committee nomination hearing. Her priorities for the CFPB included empowering consumers to “make good choices,” as well as find balance for participants in the marketplace by using cost benefit analysis. Additionally, she vows to “take aggressive action against bad actors who break the rules” and limit data collection.

The CFPB, created after the 2008 financial crisis, aims to protect consumers from abusive consumer finance practices; it also holds responsibility to take action against companies that break the law. Three main cores of the bureau include empowering consumers, enforcing the law and educating both the public and companies on financial literacy.

The CFPB has been without a permanent director since former director Richard Cordray resigned on November 24, 2017. Cordray’s resignation letter came shortly after Donald Trump took office, sparking speculation that his departure to be due to political pressure. Republicans called for Cordray’s resignation multiple times throughout his tenure as director, claiming that he made the CFPB too powerful.

Trump appointed Mulvaney, is the director of the Office of Management and Budget, as acting director one day after Cordray’s departure.

The CFPB has been slowly loosening restrictions on lenders since Mulvaney’s appointment. In February of this year, Mulvaney called off a four-year investigation into World Acceptance, a lender targeting subprime borrowers.

In May, Mulvaney sided with lenders in a lawsuit against the CFPB to block new industry regulations. He continued to loosen regulations when he fired the agency’s 25-member advisory board after 11 of its members publicly criticized him in a news conference.

“Unfortunately, under your leadership, the bureau has abandoned the very consumers it is tasked by Congress with protecting,” reads the statement. “Instead, you have used the Bureau to serve the wishes of the most powerful financial companies in America.” 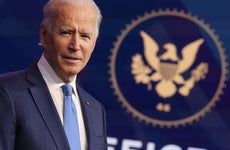 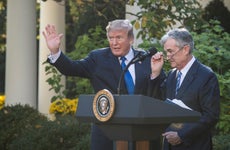 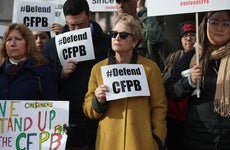 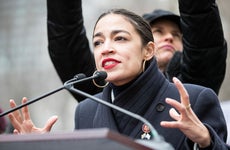