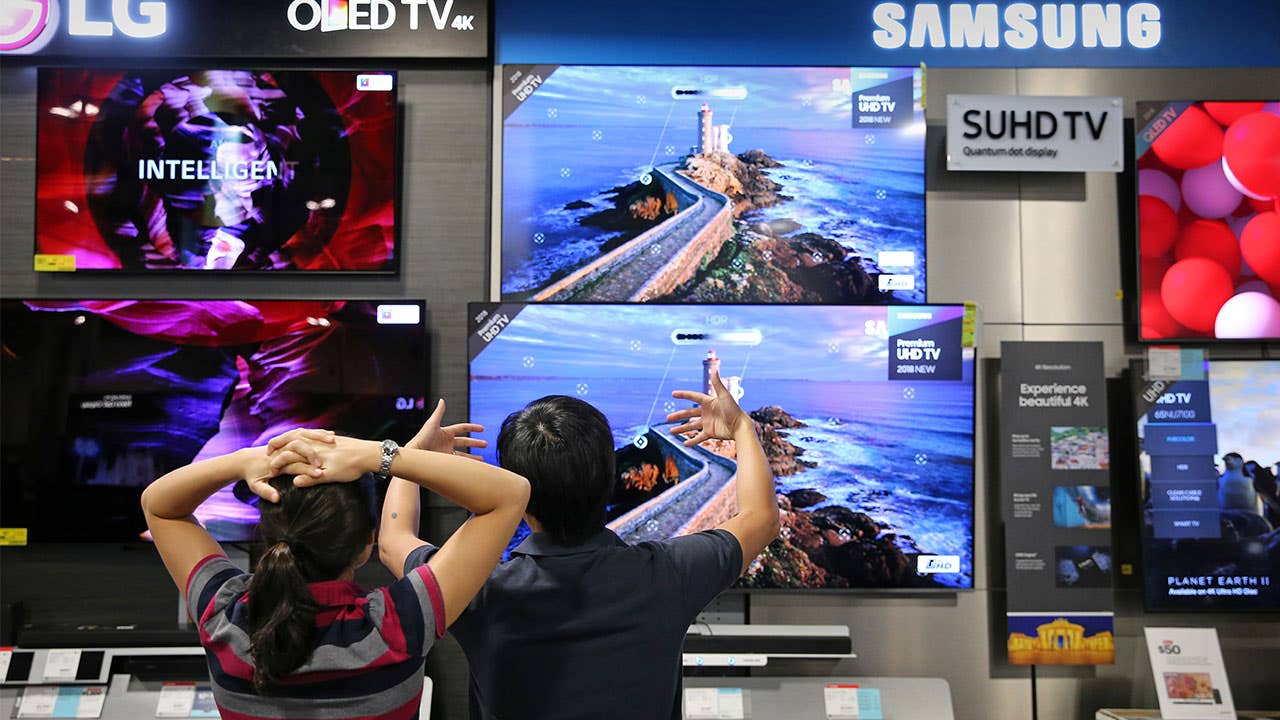 Competitive shoppers and casual consumers alike know November is the Super Bowl of spending. Holiday shopping season has officially kicked off and the discounts are plentiful.

According to a recent survey by Natural Insight, 47 percent of Americans plan to do their holiday shopping before December — which means you’ll want to head out early to snag the hottest items before they sell out.

To stay ahead of other shoppers, sign up for email alerts from your favorite stores, consider opening a cash-back credit card to make the most of your purchases and follow this guide for the best deals you can find throughout the month.

Trick-or-treaters may still be working through their candy buckets, but early November is the best time to start stocking up for next year’s festivities.

Prices on costumes, decorations and candy will drop starting Nov. 1, so if you already have your calendar marked for a big Halloween bash next year, pick up your haunted house supplies in early November. Halloween candy and treats may not keep until next October, but you can always buy a bag or two at 80 percent off and indulge a bit now.

Act quickly, though. Retailers usually leave up Halloween clearance for only a few days before making room for holiday items.

If you don’t want to wake up early on Black Friday but still want to score the best deal on a new TV, you can head out as early as Thanksgiving afternoon to get great in-store deals. Using last year as a blueprint, expect ambitious retailers to open late afternoon Thursday until midnight, then reopen early Friday morning.

But unless you just enjoy the rush, there’s no need to fight crowds in-store.

“Everything will be available to purchase online,” says Jon Vincent, co-founder of EarlyBlackFriday.com. “Typically the retailers flip the switch on their websites at 1 a.m. or 2 a.m. on Thanksgiving morning, so you’re really better off staying up late Wednesday night than standing in line and wasting your Thanksgiving Day shopping.”

“Consumers will be able to get a 70-inch 4K TV for under $800, and there will be plenty of other doorbuster deals on smaller 4K TVs as well,” says Sarah Hollenbeck, shopping and retail expert at BlackFriday.com.

Big-box retailers are expected to be the Black Friday electronics heavyweights. These stores will publish their official Black Friday ads no later than mid-November, but you can get a solid idea of their discounts by looking at last year’s ads.

Using this tactic, experts anticipate steep price cuts on everything from tablets and fitness trackers to gaming consoles and smart watches.

Forecasters also expect smart home devices to be one of the most popular Black Friday doorbusters.

You can expect Amazon Echo and Google Home to be featured prominently in Black Friday ads from retailers like Target, Best Buy and even Kohl’s, Vincent says.

Based on of last year’s ads, you’ll also see markdowns on smart home add-ons like the Nest Thermostat and Ring Video Doorbell.

Amazon, in particular, will offer steep discounts on smart devices and electronics, especially their own products. Expect not only the Amazon Echo speaker but also the Kindle e-reader, Fire tablet and Fire TV stick to drop by $30 to $80 throughout Cyber Week. If you’re looking to expand or begin your Amazon ecosystem, now is the time.

If you’re looking to pick up the most in-demand toys this month, prepare to stand in those 3 a.m. Black Friday lines or be quick with your keyboard.

“In years past, we saw the most desired toys sell out in store and online at dozens of major retailers within a few hours of the sales beginning,” Hollenbeck says. “So, if you are wanting to snag hot toys like Hatchimals or LOL Surprise, don’t wait for a price drop — buy it as soon as you find it.”

Retailers like Target and Walmart typically cut prices on toys in the days leading up to Christmas, but if you have your eye on any of the season’s most popular picks, don’t hesitate.

Stock up on necessities for all of your holiday house guests by taking advantage of bedding sales this month.

“Sheets, comforters, pillows, those are always heavily discounted on Black Friday and it’s really the best time of year to buy those products,” Vincent says.

Look for ads from stores like J.C. Penney and Kohl’s as well as online retailers like Parachute for the best prices.

If you miss these Black Friday deals, though, don’t worry. Retailers will mark down bedding again in January during “white sales,” a retail tradition dating back two centuries used to jump-start home shopping again after the holidays.

Don’t just look for consumer goods during Cyber Week. Travel Deal Tuesday can be one of the most rewarding days of the year for flight deals.

“The discounts will be big, but will be date and location specific, meaning you will have to cater your vacation to whatever deals they have available if you are wanting to save on your flights,” Hollenbeck says.

Last year, The Points Guy reported bundled vacation package deals from budget carriers like Southwest and great prices on international travel from Singapore Airlines and Emirates, among others.

One important factor to a successful Black Friday is the meal that fuels your shopping marathon: Thanksgiving dinner.

Luckily, grocery stores are prepared for the influx of turkey and stuffing across the country, and prices on Thanksgiving staples will drop accordingly.

In-season vegetables like pumpkins, corn, Brussels sprouts, carrots and cabbage will be marked down in the produce aisles. You can stock up on cheap non-perishable items, too, like canned pumpkin and cranberry sauce, broth, frozen pies, cake mixes and condensed milk.

In recent years, many grocery stores have offered free Thanksgiving turkeys to customers who spend a certain amount during the month of November. You shouldn’t spend hundreds of dollars just to score a free turkey, but it’s worth it if you’re hosting the big meal and plan to spend the money anyway.

Scoring the best deals this month comes down to a little patience and a lot of preparation. Hollenbeck recommends keeping an eye on your most-wanted items throughout the month so you’ll be prepared once prices drop.

Don’t get too bogged down in the rush, though.

“While you will see some of the biggest discounts on Black Friday and Cyber Monday, if you miss a sale, there is no need to panic,” she says. “Retailers will reactivate a lot of their sales in the last week before Christmas to draw in last-minute shoppers.”