When Manu Smadja moved to America from France 20 years ago, he had to start over.

Aside from making new friends and navigating a new country, he also had to establish a credit score.

As Smadja started his life here as a student, he found himself running into obstacles while trying to obtain necessities. Without credit, everything was harder — and much more expensive.

Because he wasn’t deemed creditworthy, Smadja couldn’t get a basic cellphone plan without putting down hundreds of dollars. He was forced to rely on his American roommate to secure housing; without credit, he couldn’t qualify to sign a lease.

“Credit in the U.S. is extremely partial,” says Smadja, who today runs a company that extends education loans to international students. “There’s innovation, but there are still major gaps. Especially for young people or people without the means to build their credit. It almost makes things impossible.”

People who don’t have established credit face hurdles in securing housing or getting a car loan. Often, they’re charged higher interest rates or don’t get approved at all.

In 2010, the latest figures available, there were 26 million consumers in America who were credit invisible, accounting for 11 percent of the entire adult population, according to a CFPB report.

An additional 19 million consumers, or 8.3 percent of the adult population, had credit scores that were treated as “unscorable” by major credit bureaus. These consumers have too few accounts or the accounts are too new to contain sufficient history to generate a score.

When it comes to relating credit and income, there are arguments against the credit system; some even claim it’s a means of oppressing low-income individuals.

Why having a credit score is important

A credit score is a lifeline for numerous services in America, including housing, bank accessibility and even employment.

Lenders often check credit scores to determine risk when considering potential borrowers. The lower your score, the “riskier” you are for a line of credit. This results in higher interest rates, which make borrowing more expensive in the long run.

Even after living in the U.S. for seven years, Smadja’s credit score still wasn’t high enough to qualify for low interest rates. When Smadja got his first auto loan, he signed for a whopping 17 percent interest rate.

A recent Bankrate survey found 60 percent of Americans don’t have the funds to pay an unexpected emergency. Around 21 percent of respondents would cover the cost with a credit card or personal loan — something that would be nearly impossible for someone to do without a healthy credit score.

Instead, consumers without credit — or those with bad credit scores — often turn to expensive forms of lending, including payday loans. These loans can be obtained without credit and can charge as much as 400 percent in interest. Borrowers often find themselves struggling to repay their balances in full, and end up in a cycle of taking out more loans to repay previous ones.

“It’s expensive to be poor in the U.S.,” Smadja says. “That’s one of my biggest lessons from the entire thing.”

How to build a credit score

Building credit from scratch can be a lengthy process. While the credit system can almost seem counterintuitive (“How can you get a credit card to build your credit if you have no credit?”), there are resources available to help consumers establish credit.

Riley Adams, CPA, senior financial analyst at Entergy, a fortune 500 company, and personal finance blogger at Young and the Invested says a consumer can begin their credit-building journey is by applying for a secured credit card.

This method of credit allows consumers to use their own cash as an upfront deposit. The advantage of secured credit cards is they have collateral; if you don’t make payments, the deposit can be used to repay the outstanding balance. If you only make the minimum payments and carry a balance, interest will still be charged.

“These cards aren’t meant to be used forever and are usually just a bridge to unsecured credit cards down the line,” Adams says. “These are an important first step in building credit for anyone who is just starting.”

Another credit-establishing resource Adams recommends are credit builder loans. These small-amount loans are similar to secured credit cards. The consumer takes out a loan, which is then deposited into a savings account. When the loan is repaid, the consumer receives the balance in full. The monthly payments made are reported to credit bureaus, which helps build a credit score over time.

“In a sense, this is sort of like a method forcing you to save because you are repaying money being lent against your initial deposit,” Adams says.

Once consumers obtain an initial credit building resource, they should pay every bill on time. The longer you can demonstrate consistent on-time payments, Adams says, the more lenders will want to extend you credit.

Today, Smadja has good credit. After experiencing how long and difficult it is to establish credit here, he created MPOWER Financing. The company works with individual investors to extend student loans to international and DACA students studying in the U.S. and Canada.

Regardless of where consumers are coming from, however, Smadja believes there is a solution to solving the credit invisibility issue: utilizing more data.

“There is a whole ton of data on people,” Smadja says. “There’s data on education, where people are interning, what their test scores are, their social media pattern. There’s a ton of information available that can be relevant. But banks aren’t using them because they’re traditional in their mindsets. It’s time they push the limits.” 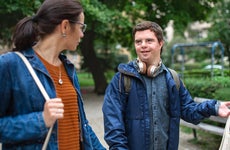 How to establish credit for adults with disabilities 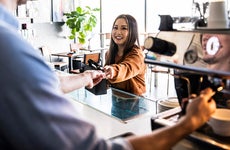 How to build credit with no credit history 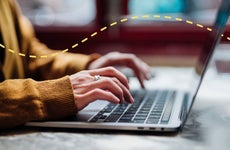 How to get a credit card with no credit history 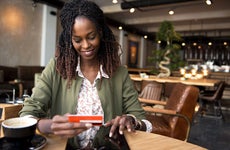 5 ways to build credit with no credit history