Rep. Alexandria Ocasio-Cortez called the credit score system that contains data on 188 million Americans “very broken” in a series of social media posts over the weekend.

Credit scores impact people’s ability to buy homes, rent apartments, open credit cards and access loans. The scores range from 300 to 850. Those with higher scores typically access better lending deals while those with lower scores are charged higher interest or not able to borrow from traditional banks.

After responding to an unsubstantiated claims about her having a low credit score, Ocasio-Cortez said on Twitter, “Also a good moment to note that in the wake of the Equifax scandal, privatized credit scoring is a dice game & the credit score system is very broken too.”

She added, “If only someone could do a Financial Services hearing about that.”

Ocasio-Cortez joined the Financial Services Committee earlier this year. The congresswoman did not immediately reply to a media inquiry about what she’d like to see change.

Equifax CEO Mark Begor has accepted an invitation to appear before the House Financial Services Committee on Feb. 26, according to the credit rating agency.

“We are committed to working with lawmakers and industry partners to advance positive, effective policy for the consumer credit data industry and for consumers,” said Nancy Bistritz-Balkan, vice president of communication and consumer education for Equifax.

In addition to Equifax, Ocasio-Cortez’ tweets targeted predatory lenders and a lack of accountability by private credit scoring companies.

Some predatory lenders offer high-interest rates to those with few or no other borrowing options. These borrowers can be poorer or have low or no credit scores.

“One of the biggest ways predatory financial actors get away w/it all is manufactured shame around personal finance. When working people aren’t paid a living wage, they become easy prey,” Ocasio-Cortez tweeted.

Research from FICO and Sallie Mae suggests that consumers who frequently check their credit scores make better financial decisions and are more likely to have higher scores. And contrary to the persisting personal finance myth, checking your score doesn’t impact your rating.

Another myth: how much money you make factors into credit scores.

The fundamental way to build and improve credit is to keep debt balances low and consistently make monthly payments.

“Recent events carry more weight than the missteps of the past, so continuing to pay bills on time, pay down debt, and using credit sparingly will put you on the pathway toward a better credit score,” McBride says.

Building credit early might help set some Americans on the path to stronger credit scores. Some banks and credit unions offer products like credit cards and personal loans with lower interest rates that are secured by the borrower’s savings account.

FICO also unveiled a new model last year that could help Americans without a substantial credit history. Through the UltraFICO Score people who opt in can allow their banking account information to be factored into their scores. The system would look at how long account have been opened and the frequency of activity and evidence of saving.

The new services from FICO and Experian are targeted at people who are new to credit or rebuilding their credit after some past missteps, says Ted Rossman, industry analyst at CreditCards.com.

FICO says seven out of 10 consumers that show a three-month average savings of $400, without negative balances, will see an increase in their FICO score.

“This all sounds fine to me, although I think looking at bank account balances could be a slippery slope,” Rossman says. “What if $400 today became $1,000 tomorrow? Or $10,000? Those thresholds would be much harder to meet. In general, I’d rather keep credit scoring to how well you manage your money, not how much money you have.” 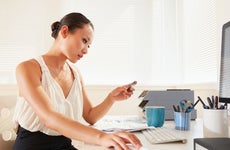 How DACA recipients can build credit 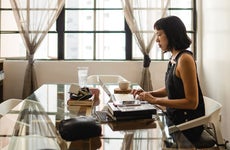 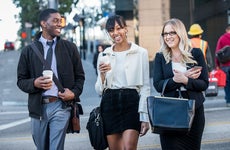 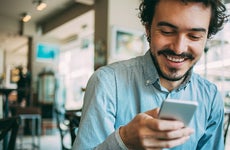