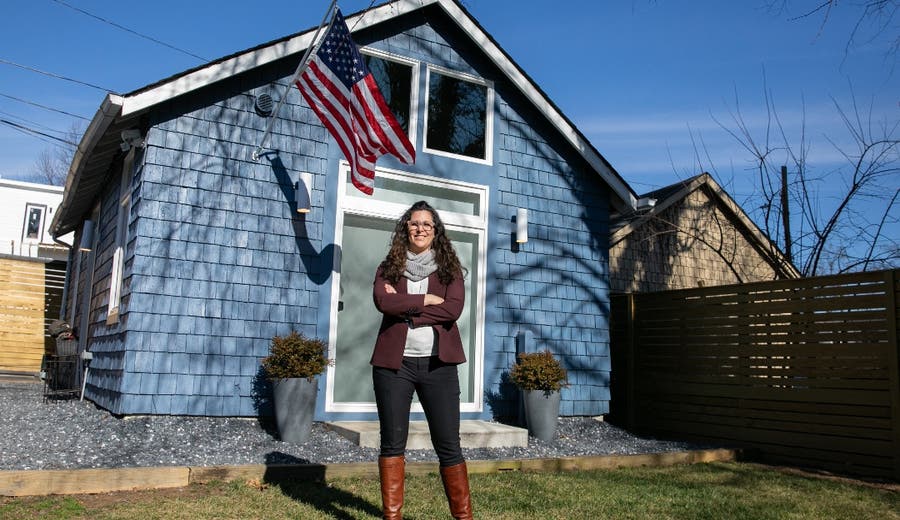 Amanda Andrade-Rhoades for The Washington Post via Getty Images

Tom Hudson spent more than $100,000 to add a separate apartment to his property in Portland, Oregon. The new place was so nice that Hudson decided to move in.

Now, he rents out his house — which seems dated compared to his freshly built apartment — and lives in his 550-square-foot loft.

“The house is a little bit older and didn’t meet all my requirements,” says Hudson, an engineer who notes that a number of his neighbors also have built backyard boxes.

A study released this month by mortgage giant Freddie Mac says there are at least 1.4 million accessory dwelling units, or ADUs, in the United States. Some date to a bygone area of multigenerational families sharing living quarters. Others are new additions, like the one Hudson built.

In response to affordability challenges and a shortage of housing units, municipalities from Alexandria, Virginia, to San Jose, California, have freshened up ordinances regulating ADUs.

The coronavirus contagion has spurred investment in housing, and the pandemic has only increased interest in ADUs, real estate experts say. COVID-19’s fatal spread in nursing homes means some homeowners would rather keep older relatives at home.

“People are looking for alternatives to assisted living,” says Kol Peterson, author of “Backdoor Revolution,” a book about ADUs.

“Clearly we’ve got a supply problem that’s not going to be fixed anytime soon,” Khater says. “ADUs can be a small part of the solution.”

Ascertaining the precise number of casitas and garage apartments isn’t easy. “There’s so little data on this,” Khater says.

To arrive at its estimate of 1.4 million units, Freddie Mac analyzed millions of properties marketed through 600 multiple listing services since 1999. Researchers scoured listings for such ADU synonyms as “separate entrances” and “garage conversion.”

The ADU trend finds homeowners spending six figures to design, permit and build freestanding dwellings on their properties. Peterson says putting up an 800-square-foot backyard apartment in Portland costs about $210,000.

“It’s probably twice that in California, and half that in Detroit,” Peterson says. “There’s a huge market variation based on regional costs.”

No matter where you build an ADU, it’s a big expense. Before the coronavirus crisis, homeowners had been bankrolling ADUs with home-equity loans or cash-out refinances, but lenders have limited those loans since March.

In Portland, a new 800-square-foot unit rents for about $2,000 a month, Peterson says. For Hudson, the extra rental income has helped him afford to stay in a city where property values have exploded.

He rents out his modest 1,200-square-foot home for about $1,200 a month, which he says is well below the going rate in Portland.

As for the ADU, Hudson says, “It was a good investment. I knew the cash flow wouldn’t be an issue once I got it built.”

How to pay for an accessory unit

An ADU can come with a six-figure price tag. Don’t have an extra $100k in the bank? Here are some alternatives: