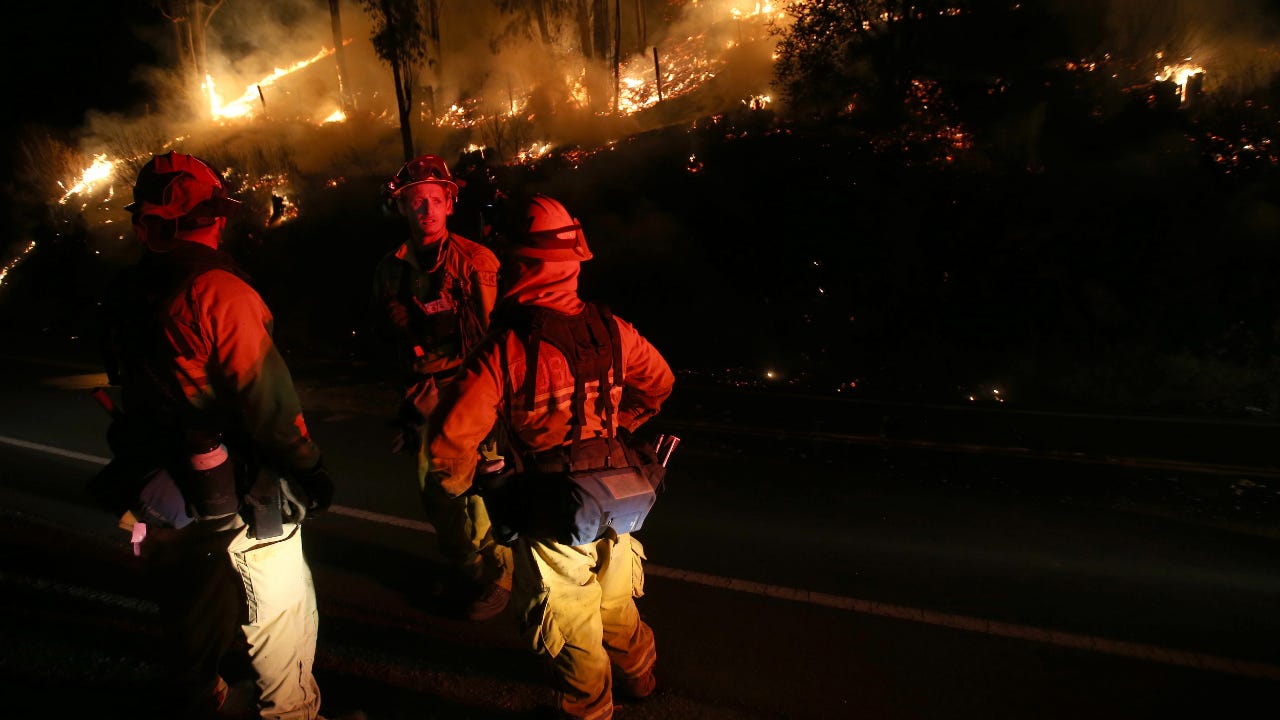 Some of the fastest growing areas in the western U.S. place homeowners squarely in the path of future wildfires, according to a new study. The analysis by ClimateCheck.com sees high hazards in pockets of the West, including the region stretching from Sacramento, California, to Lake Tahoe and several booming counties in Utah.

More people are moving to fire country, driven by prohibitively expensive home prices and strict zoning in such places as Northern California and Seattle. Priced-out residents look for more affordable housing, sometimes in areas at risk of wildfires.

Skylar Olsen, economic adviser to ClimateCheck, calls the trend “running into the fire.”

“More growth in these areas won’t stop wildfires,” Olsen says. “Building into the wildland-urban interface will put more homes and people at risk.”

The calamitous wildfires of 2020 claimed 8.6 million acres, devastated parts of the West and blanketed much of the U.S. with smoke. Climate scientists say warming weather could lead to dryer conditions and more frequent fires in fire-prone areas.

The 10 areas most at risk for wildfires

ClimateCheck.com rates U.S. counties for wildfire risk, with a score of 100 representing the highest potential for devastating blazes. The company’s risk models analyze data from federal agencies including the National Oceanic and Atmospheric Administration, the U.S. Geological Survey, the National Hurricane Center, the U.S. Forest Service and the Federal Emergency Management Agency.

ClimateCheck calculates property-level fire risk based on projections for the average proportion of the area surrounding a home that will burn each year. These 10 areas with growing populations pose the most risk for property owners, according to the analysis:

Regions just outside the top 10 included Washington’s Spokane County and Utah’s Salt Lake County, both with risk scores of 88.

Olsen notes that the fire hazard isn’t the same for every address in these counties. The risk can vary by neighborhood and city.

There’s no denying that extreme weather has grown costlier. All five of the most devastating wildfires on record have occurred since October 2017, according to the Insurance Information Institute. The worst was the Camp Fire in November 2018, which destroyed 14,000 homes and killed 85 people in Northern California. That catastrophe caused insured losses of more than $10 billion.

On the other side of the U.S., the 2020 Atlantic hurricane season set a record when it produced the most named tropical storms in a year. In hurricane-prone areas, insurance premiums have been soaring for decades. Wildfire losses have yet to drive up insurance costs, but that remains a possibility.

Worried about extreme weather damaging your home? Here are four steps you can take:

In many states, sellers need not disclose whether the home has ever flooded or if flood insurance is required. However, if the house is located in a flood zone and you have a mortgage, your lender will insist that you buy a flood policy. Depending on the level of flood risk, premiums range from a few hundred dollars to thousands of dollars. Flood insurance is crucial — privately issued property-insurance policies don’t cover this peril.

ClimateCheck.com lets you type in your address and get an assessment of weather-related risks.

Florida’s Citizens Property Insurance, the state-run pool that sells windstorm insurance to coastal homeowners, says its average premium for hurricane coverage was nearly $2,900 as of 2019. That’s just for wind coverage — it doesn’t include flood risk, of course, or fire, theft and other perils covered by basic homeowners policies.

Louisiana, hit by two storms during the record-breaking 2020 season, also has steep rises in insurance costs.

3. Make sure you carry enough insurance

Home prices and construction costs have risen sharply in recent years. If your home is “underinsured” — covered for less than its replacement value — you can be on the hook for tens of thousands or even hundreds of thousands of dollars to rebuild.

In fire country, homeowners have started to take steps such as clearing their yards of brush and debris and using fire-resistant paints, roofs and building materials. In Hurricane Alley, states have imposed strict rules on new construction, and many owners of older homes have installed shutters, impact-resistant windows and roof bracing. Hardened homes are better suited to withstand extreme weather.