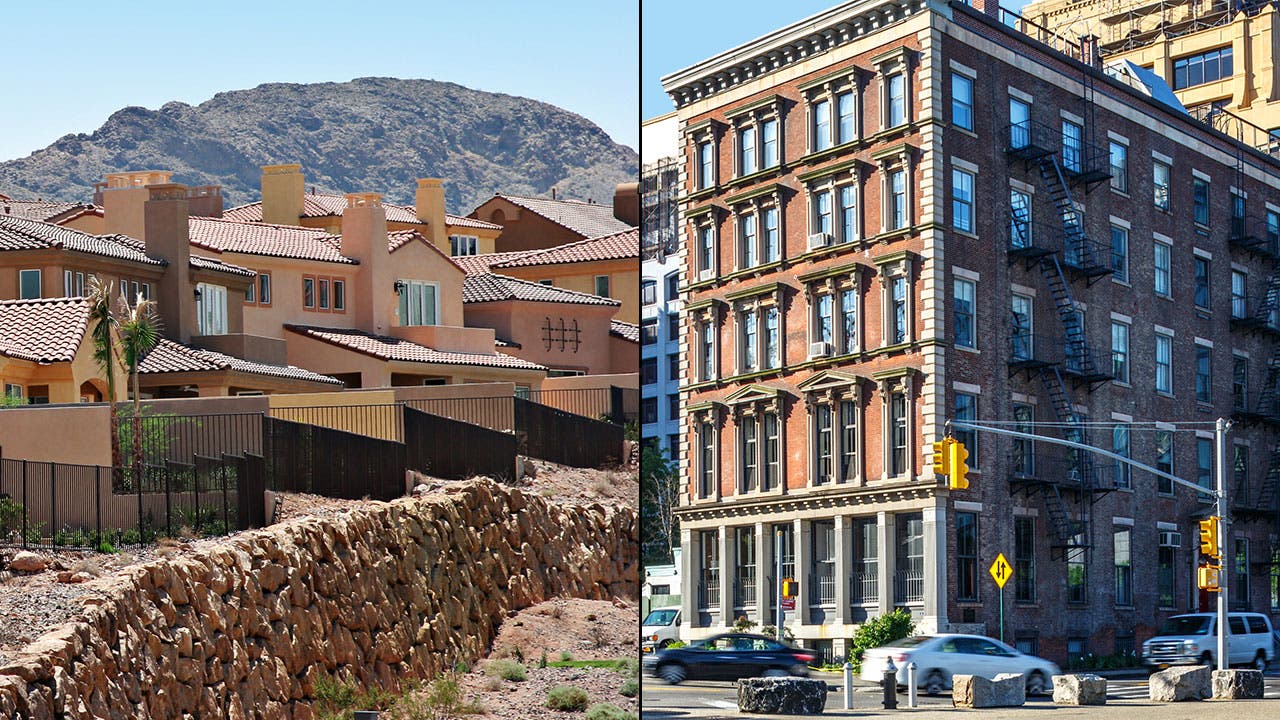 Cities on the West Coast took the top spots for year-over-year (YoY) home price growth, according to the latest S&P Case-Shiller 20-city index. Home prices have been outpacing wage growth all over the country in recent years, in some places more than others.

Overall home prices rose 5.1 percent from last year, but the price growth is slowing in the face of rising mortgage rates. The report, which measures the value of residential real estate in 20 major U.S. metropolitan areas, showed that the highest year-over-year price increases were in Las Vegas (13.5 percent), San Francisco (9.9 percent) and Seattle (8.4 percent) in the three-month period ending in September. The three cities with most sluggish growth were New York (2.5), Washington (3 percent) and Chicago (3 percent).

“Some of those cities above the national average are experiencing a very robust recovery from the housing crisis. Areas that were very hard hit like Las Vegas, Tampa and Detroit are bouncing back,” says Ralph McLaughlin, deputy chief economist at CoreLogic.

New York, Washington, D.C., and Chicago, McLaughlin points out, are places that once led price growth and are now finally slowing down. He does, however, expect parts of New York and Washington to see a bump in prices due to eager investors who want to capitalize on the new Amazon headquarters.

New York and Washington remain largely unaffordable for most homebuyers, even with lagging price growth. Metro areas like Las Vegas are more homebuyer-friendly; for folks there, it might be wise to lock in a home now before prices climb higher.

By calculating annual median wage for full-time workers and using a 4.5 percent interest rate on a 30-year mortgage to buy a house at the median listing price, we used Bankrate’s “income required for mortgage” calculator, to estimate affordability in the top and bottom three cities for price growth. Here’s what we found.

According to Bankrate’s “income required for mortgage” calculator, single homebuyers who earn a median wage in Las Vegas would fall short of the required $63,000 income needed to buy a house at the median listing price of $290,000. However, a couple who each earn median wages would be able to afford the same house.

Full-time workers who earn a median wage in San Francisco pull in about $57,400 per year — which makes the City by the Bay highly unaffordable. In order to snag a home at the median listing price and not spend more than 30 percent of your salary on housing, you would have to make about $420,000 per year.

Even for couples, Denver is too expensive for people earning a median wage of roughly $35,000 per year — before taxes. Chiropractors, dental hygienists and civil engineers in Denver, however, all earn more than the $85,000 needed to buy a house for the median listing price of $395,000 in the Mile High City.

Even if every penny you earned at the median wage of $47,000 annually went to buy a house in New York City, it would still be out of your price range. Notoriously expensive, only top earners can afford the outsized prices in New York. To nab a place for $1.4 million, the median listing price, you’d have to earn at least $304,000 per year. Even the best-paid occupations like internists and financial managers, according to the U.S. Bureau of Labor Statistics (BLS), couldn’t afford a home of their own here — unless they buy with a partner who’s also a top earner.

Single homebuyers in D.C. need to earn about $130,000 per year to afford a home at the median listing price of $600,000. As it stands, the annual median income is around $54,000. Even a dual-income household earning median wages would find Washington a pricey place to buy a home.

Like Las Vegas, Chi-town is only affordable for couples who are both earning median wages. Single homebuyers earning the median wage and looking to buy a house for the median listing price of $323,000, will find it challenging. However, a combined income of $80,000, which would require two people to earn at least median wages, would suffice.