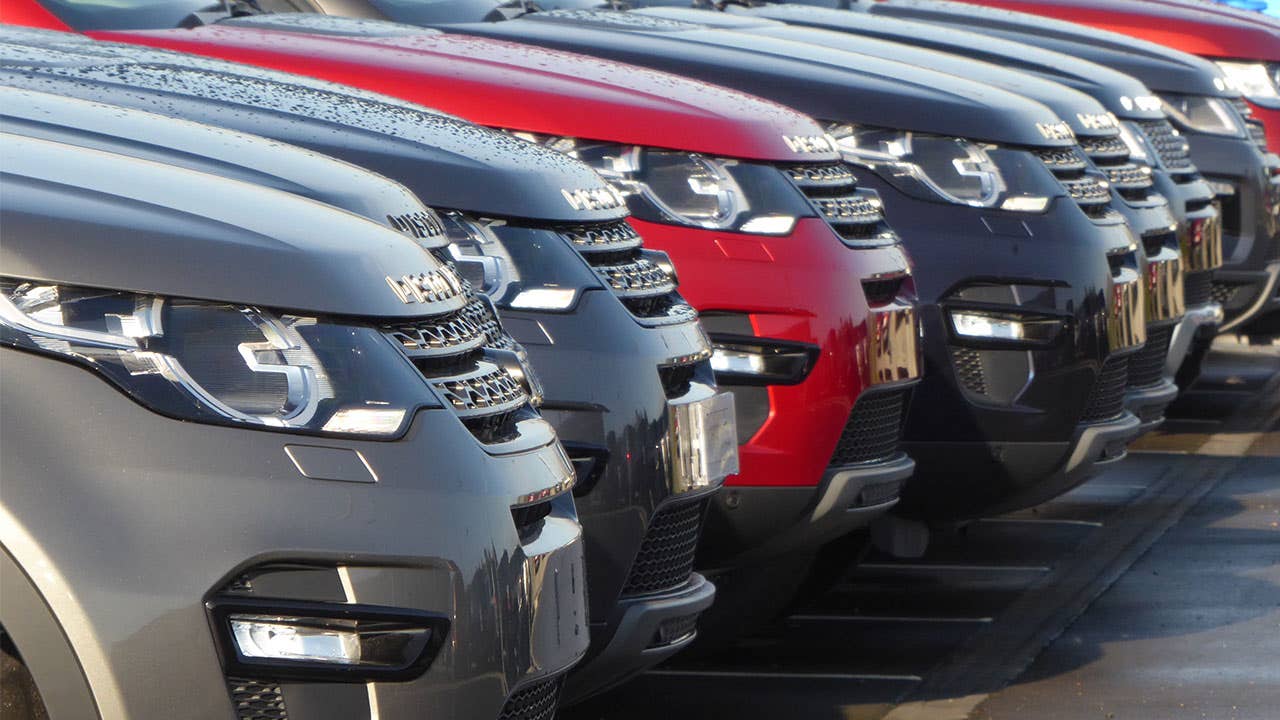 If you’re thinking about buying a new or used car, a credit union is a great choice for a loan.

There are more than 5,600 federally insured credit unions in the United States with over 110 million members, and car loans comprise more than a third of their lending business.

“Part of the reason for that is the deals are great at credit unions,” says Mike Schenk, deputy chief advocacy officer for policy analysis and chief economist at the Credit Union National Association (CUNA), a trade association. “You’d be crazy not to include a credit union in your shopping plans.”

National banks do have some advantages over credit unions. They have more branches and are usually quicker to roll out new technology. But consumers keen on saving money owe it to themselves to explore what credit unions have to offer.

What are credit union auto loans?

Credit union car loans use money deposited by members to lend to fellow members for loan needs, including purchasing a new or used vehicle.

By using members’ money to lend, credit unions are able to charge lower interest rates, provide members with dividends and give members higher savings rates on accounts vs. getting a bank auto loan.

What are the differences between a dealership, bank and credit union car loan?

The main difference between a bank and credit union auto loan is the financing terms. Some banks are able to offer promotions, especially if you’ve had a long relationship and a good payment history and credit score.

Both banks and credit unions may offer incentives like autopay if you’re an existing customer, which may even get you a discount on the interest rate. But because credit unions are not-for-profit and owned by the members, you can usually get better rates and reduced fees compared to for-profit banks, which are owned by shareholders.

When you get a car loan from a dealership, the loan comes from a third-party bank or financial entity. Dealers get paid to place you in a loan with one of its partners, so the deal you get financing a car through a dealership vs. a bank or credit union may not be the best option for you. Plus, if there’s an issue with the financing company, the dealer won’t help you — you’ll have to sort it out yourself.

6 reasons to get your car loan at a credit union

If you’re shopping for your next car, consider these six benefits of getting an auto loan at a credit union

A big reason credit unions are seeing leaping growth in car loans is because their interest rates are at least 1 percent lower than banks. In the first quarter of 2021, the average rate on a five-year new car loan from a credit union was 2.98 percent, according to the National Credit Union Administration (NCUA). At banks, it was 4.77 percent. If you’re borrowing $30,000 for a car, the credit union saves you $1,451 in interest over the life of the loan.

Credit unions are able to offer lower rates because they’re not-for-profit, unlike most banks.

“Typically, the rate of lending (at credit unions) is very competitive compared to other lenders under most circumstances,” says Bill Meyer, public relations and content manager at CU Direct, which connects credit unions with auto dealers across the country.

The car-loan process isn’t that different at banks and credit unions. But credit unions, because they’re smaller and have close ties to the communities they serve, are more likely to work with you if you hit a rough patch and need more time to make a payment, for example.

If you have a lower credit score, you may be able to qualify for an auto loan with a credit union vs. a bank.

Members used to have to go into the credit union office and apply for a car loan face-to-face with a loan officer. Not so today, according to Meyer. Applications for a credit union loan may be available at an auto dealership, online or over the phone.

If you’re applying for financing at a dealership, “invariably, the dealer can refer you to credit union financing and a credit union you can join as a member,” Schenk says, “so it’s really an easy process.”

If you plan to apply for an auto loan with a credit union, it’s best to go with them directly rather than through the dealership. Not all dealerships work with credit unions, and if you can become a member, you’ll likely get the best deal when working directly with the credit union.

4. Credit unions have many other benefits

Credit unions are owned by their members — not shareholders — and any profits they make go back to the members. Because of that, credit unions can offer lower costs on other products, too, including mortgages, home equity loans, unsecured personal loans and credit cards.

Most credit unions also participate in a shared branch and ATM network. Schenk says CUNA’s members have a shared ATM network with over 40,000 outlets.

Credit unions are focused on educating their members, too, so you can get advice on the financial options that are best for your situation.

“Credit unions are full-service, with the same products as banks. They’re just structured differently, and that results in significant benefits for credit union members,” Schenk says.

5. Becoming a member is easy

Some people are under the impression that credit unions are open only to people who work for a certain company, industry or government entity and that anyone not a part of a group can’t join. Meyer says this is no longer the case. “Most credit unions will allow anyone to join.”

CUNA has credit unions with community charters that allow them to serve larger geographic areas. If you’re looking for a credit union near you, visit ASmarterChoice.org and type in your ZIP code. “It would be shocking to find a consumer who didn’t have access to a credit union,” Schenk says.

6. Car loans are a huge part of what credit unions do

Don’t be surprised if an auto dealer refers you to a credit union before a bank.

Credit-union loans for new cars fell 3.7 percent in the fourth quarter of 2020, but used-car loans shot up 4.5 percent, for an overall increase of 1.3 percent, according to NCUA data. Credit unions had $142.2 billion in loan balances for new cars at the end of the fourth quarter of 2020, and $237.9 billion in loan balances for used cars.

How do I apply for a credit union auto loan?

Financing a car through a credit union is similar to other bank lenders, except for the membership step. Once you qualify as a member, you can apply for a car loan online, over the phone or at a branch, depending on the credit union. If you’re not already a member, you may be able to join the same day you apply for the auto loan.

The credit union will review your application and verify your identity, employment, income and credit score to determine if you’re eligible for car loan financing. Be prepared to provide information on the vehicle you want to purchase and proof of insurance.

When purchasing a new or used car, you have several options to choose from for financing. If you belong to a credit union, you have access to lower interest rates and fees compared to large banks and dealership loans. The application process is similar once you’ve gained membership, and the benefits may help you get approved, especially if you don’t have the best credit score.

Read more From Libby
Libby Wells is a contributor covering banking and deposit products. She has more than 30 years’ experience as a writer and editor for newspapers, magazines and online publications.
Edited by
Rashawn Mitchner
Associate loans editor