About our Review Board
Written by
James Royal
Written by James Royal Senior investing and wealth management reporter
Bankrate senior reporter James F. Royal, Ph.D., covers investing and wealth management. His work has been cited by CNBC, the Washington Post, The New York Times and more.
James Royal
Edited by
Brian Beers
Edited by Brian Beers Managing editor
Brian Beers is the managing editor for the Wealth team at Bankrate. He oversees editorial coverage of banking, investing, the economy and all things money.
Brian Beers
Reviewed by
Robert R. Johnson
Reviewed by Robert R. Johnson Professor of finance, Creighton University
Robert R. Johnson, Ph.D., CFA, CAIA, is a professor of finance at Creighton University and chairman and CEO of Economic Index Associates, LLC.
About our review board
Robert R. Johnson

Investing in fast-growing foreign countries may seem like a slam dunk, but there’s an unforeseen risk that can roil your returns: foreign currency risk. While foreign countries may offer higher growth, their currencies may also be less stable than what American investors are used to. So it’s important not to overlook the risk presented by a fluctuating currency.

Here’s how currency risk could hit your portfolio and ways to minimize its threat.

What is foreign currency risk and how does it work?

In broad terms, currency risk occurs when a company or investment relies on a foreign currency that must be translated into a domestic currency. For example, U.S.-based Coca-Cola earns a lot of its sales across the world. So the company and its investors face the risk that its sales abroad may translate into lower sales in terms of U.S. dollars, if currencies fluctuate.

So here’s how currency risk could play out if you’re heavily exposed to one specific currency. For example, let’s assume you’re an American investor with a lot of money invested in Australia:

Companies with significant foreign currency risk hedge this risk all the time in a variety of ways. They may hedge it directly with currency hedges such as futures or options, or they may set up production facilities in a local country to help mitigate currency issues, if the market is significant enough.

So when you’re making an investment in a foreign asset such as a stock or bond, it’s really two bets – one on the success of the individual stock or bond and one on the currency itself.

Finally, it’s also important to remember that investing only in U.S. assets is also a currency risk. That may matter less in a situation where you never intend to purchase foreign assets, however.

5 ways to reduce your exposure to currency risk

The Standard & Poor’s 500 index is a collection of hundreds of America’s top companies, but it’s also a way to diversify your exposure to currency risk. While these companies may be American, they generate a huge portion of their sales and profits abroad, meaning they balance their heavy focus on American sales with a lot of international sales. Many of these companies also hedge some or all of their foreign currency risk.

That balance of geographies, albeit imperfect, provides a natural hedge against currency risk. And it’s actually incredibly easy and inexpensive to buy an index fund based on the S&P 500.

On a similar note, it could make sense to diversify globally, perhaps with index funds that have concentrated exposure to big currency areas, such as the U.S., the Euro area and Asia-Pacific. With this kind of diversified exposure, you’re already building a natural hedge into your portfolio.

In an era of low interest rates in developed markets such as the U.S., many investors turn to foreign markets for opportunity. This approach can be especially dangerous with bonds.

Even in good times, bonds typically yield relatively little, and the fixed payout of a bond means that it won’t take much of a currency fluctuation to wipe out your gains for the year, if not more.

If the dollar strengthens (relative to your foreign bond’s currency), it hits not only the bond’s price but also its future interest payments, which are also worth less today in dollar terms.

Given this significant risk, investors might want to steer clear of foreign bonds. However, foreign stocks can present a different opportunity since stocks can grow faster and offer more upside.

You can now also invest in currency-hedged funds, which build in the hedge to the holdings of the fund. It could be an easy way to neutralize the currency risk while you invest in a specific country or region’s stocks. So you could buy a fund that invests almost exclusively in the stocks of Japan or the Euro area, for example, and then it hedges out the exposure on your behalf.

For example, WisdomTree offers the Europe Hedged Equity Fund (HEDJ), which owns dividend-paying Eurozone stocks that tend to be exporters. Then it mitigates the Euro currency exposure with its own hedges. It also offers a Japan-focused fund (DXJ) and others. Asset manager BlackRock also offers similar hedged equity funds under its iShares brand.

5. Invest in countries with strong currencies

If you’re looking to invest at a country level, you can look for countries that have strong, rising currencies. In other words, these currencies are strong relative to your own domestic currency. If the foreign currency continues to rise, the investment will be worth more in your home currency.

One place you can look for investments are countries that have historically been managed conservatively, with low debt-to-gross domestic product (GDP). High debt levels often lead to inflation, and high inflation can hurt investors’ confidence in the currency, driving it lower.

Individual investors shouldn’t stress too much about hedging currency exposure in their portfolio, especially if they own a broadly diversified collection of stocks, such as the S&P 500. Such wide diversification will provide a natural, though imperfect, hedge to currency risks. But for those with heavy exposure to one currency, it may make sense to deploy additional hedges. 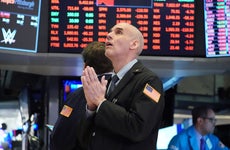 How to survive a stock market correction: Avoid doing these 5 things 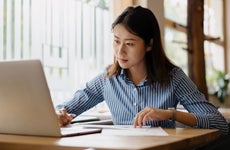 5 tips to find safer stocks to invest in 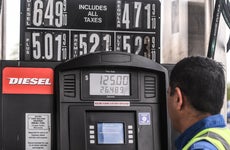 Survey: 4 top tips to protect your portfolio against a recession 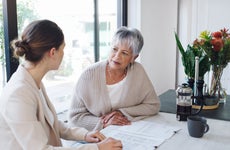 5 ways to keep inflation from wrecking your retirement