3 min read Published November 10, 2022
Written by
Brian Baker
Written by Brian Baker Investing reporter
Bankrate reporter Brian Baker covers investing and retirement. He has previous experience as an industry analyst at an investment firm. Baker is passionate about helping people make sense of complicated financial topics so that they can plan for their financial futures.
Brian Baker
Edited by
Brian Beers
Edited by Brian Beers Managing editor
Brian Beers is the managing editor for the Wealth team at Bankrate. He oversees editorial coverage of banking, investing, the economy and all things money.
Brian Beers

Open-end and closed-end funds have a lot in common. They both typically exist as mutual funds, are professionally managed and can be used to build diversified portfolios.

But there are some key differences between open-end and closed-end funds investors should be aware of.

What is an open-end fund?

Most mutual funds are open-end funds and can be purchased through an online broker or directly from the fund company. Open-end funds are bought and sold at their net asset value, or NAV, which is calculated at the end of each trading day. For this reason, open-end funds can only be bought and sold at the end of each day, so if you place an order after the market has closed, you’ll receive the next trading day’s closing NAV for your price.

Most mutual funds are open-end funds. When you buy a mutual fund, new fund shares are issued to you, and are then retired when you sell the shares. Exchange-traded funds (ETFs) also tend to be open-end funds, but they can also be structured as unit investment trusts (UITs).

ETFs, unlike mutual funds, trade throughout the day similar to stocks, whereas mutual funds are only traded at their NAV at the end of the day.

What is a closed-end fund?

Closed-end funds, which are lesser known but more than a century old, have a fixed number of shares and are traded among investors on an exchange. Like stocks, their share prices are determined according to supply and demand, and they often trade at a discount or premium to their NAVs.

Closed-end funds might trade at a premium or a discount for a number of different reasons. A really talented fund manager who has a track record of outperforming the market might cause the fund to trade at a premium, while a fund with large unrealized capital gains might trade at a discount because of the potential tax liability. That discount may also be a result of investors anticipating declines in the fund’s holdings, especially in unpopular sectors.

There were 461 closed-end funds with combined assets of $309 billion at the end of 2021, according to the Investment Company Institute.

While open-end and closed-end funds both typically come in mutual-fund form, there are some key areas of difference between the two funds.

— Mary Wisniewski wrote a previous version of this story. 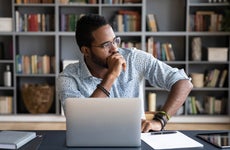 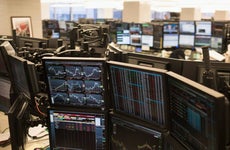 ETFs vs. ETNs: What’s the difference? 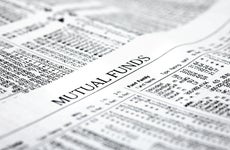 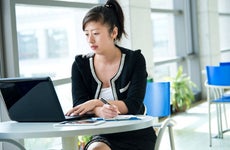