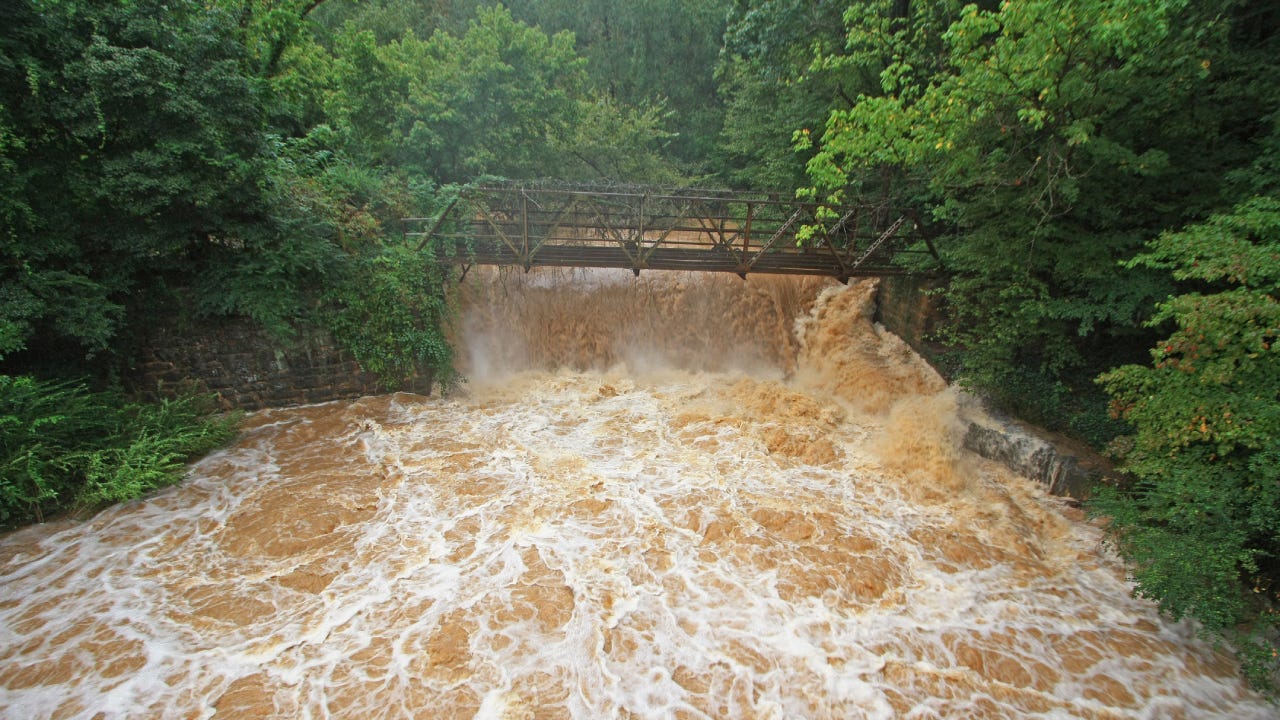 Hurricanes in Georgia are relatively uncommon, but the state experiences other forms of severe weather that cause flooding. In 2009, Georgia saw continuous rain that caused extreme flooding and resulted in $500 million in damages. It is estimated that 20,000 homes, businesses and buildings were damaged in 23 counties.

Surprisingly, the most flood-prone areas in Georgia are not located along the coastline. The majority of high-risk flood areas are located in the northern part of the state, including Fulton County, Gwinnett County, Cobb County and Dekalb County, according to the Federal Emergency Management Agency (FEMA).

Georgia homeowners should consider purchasing flood insurance because homeowners insurance does not cover flood damage. If a major flood event causes extensive damage to the structure of your home or your personal belongings, you would be responsible for covering the cost of repairs out-of-pocket. Floods often happen when you least expect them, and without flood insurance, the repairs could cost thousands of dollars or more.

Cost of flood insurance in Georgia

Flood insurance in Georgia is not inexpensive but is it usually cheaper than buying a standard homeowners insurance policy. According to the National Flood Insurance Program (NFIP), the average flood policy in Georgia costs $661 per year.

Many homeowners make the mistake of purchasing flood insurance right before a big storm is about to hit. But most flood policies have a 30-day waiting period, which means you need to purchase coverage before a storm arrives. If you purchase insurance and a storm hits before the waiting period ends, you will not be able to use your coverage.

How to purchase flood insurance in Georgia

Most homeowners in Georgia choose to purchase flood insurance through the NFIP. The NFIP is a government-funded flood insurance program that is sold through many private insurance companies and independent agents. Before you buy insurance, keep in mind that NFIP has a 30-day waiting period for new policies.

NFIP policies include dwelling coverage and personal property coverage. Any loss that is directly caused by flooding is covered, with only a few exceptions. It does not include coverage for other structures, like fences, pools or landscaping, and it does not cover vehicles, personal property kept in a basement, valuable items or financial loss due to business interruption.

With an NFIP policy, homeowners can get up to $250,000 in dwelling coverage and up to $100,000 in personal property coverage. These policies are usually sold separately and have separate deductibles. All NFIP flood insurance policies are valid for one year, and after the policy term ends, the policy must be renewed for continued coverage.

There are several ways that homeowners can get a cheaper insurance premium through the NFIP. The most effective way to get a cheaper rate is to make your home less susceptible to flood damage in the first place. That includes elevating your utilities, filling in your basement, elevating your property and installing flood openings. Homeowners can also raise their deductible to save some money on the yearly premium.

How much flood insurance do I need?

Homeowners should have enough flood insurance to cover the cost of rebuilding their home and replacing their personal items if a flood were to cause major damage. If an NFIP policy does not offer enough coverage for your situation, consider looking into private flood insurance, which usually has higher policy limits.