Skip to Main Content
8 minute read Published July 08, 2022
Written by
Sara Coleman
Written by Sara Coleman Insurance Contributor
Sara Coleman is an insurance contributor at Bankrate. She has a couple of years of experience in writing for insurance domains such as The Simple Dollar, Reviews.com, Coverage.com and numerous other personal finance sites. She writes about insurance products such as auto, homeowners, renters and disability.
Sara Coleman
Edited by
Mariah Posey
Edited by Mariah Posey Insurance Editor
Mariah Posey is an auto and homeowners insurance writer and editor for Bankrate.com. She aims to make the insurance journey as convenient as possible by keeping the reader at the forefront of her mind in her work.
Mariah Posey

Whether a driver or passenger, chances are you will witness road rage or be involved in an aggressive driving event yourself at some point. Unfortunately, road rage continues to impact America’s roadways. AAA estimates nearly eight out of 10 drivers demonstrate aggressive driving behaviors when driving. Road rage is a broad term, but the act can put both drivers and passengers at extreme risk. The latest road rage statistics highlight alarming trends, such as drivers suffering higher incidents of road rage and fatal consequences.

What is road rage?

Road rage occurs when a driver experiences extreme aggression or anger, intending to create or cause verbal or physical harm.

The term road rage dates back to the 1990s when the media dubbed a new term for the growing trend of extreme aggressive driving cases that seemed to be flooding the country. Many legislators have made it a criminal offense to express the severity of road rage, while aggressive driving remains a traffic violation in most areas.

Aggressive driving and road rage can be difficult to quantify. While they can be factors in accidents, they may not always be the direct or sole cause of injury or death. The following statistics provide a fuller picture of how road rage impacts drivers and road safety.

Gender is a major contributing factor in most road rage cases, with males more likely to exhibit road rage than females, according to the latest AAA survey. While around half of males and females were likely to speed, other road rage behaviors, such as following other drivers too closely to prevent merging, skew male at 37.8% male vs. 29.3% female.

Data has shown age to be another contributing factor to road rage. Drivers between the ages of 25 to 39 were the most likely to exhibit road rage behaviors, according to the AAA. People between 19 and 24 were found most likely to prevent another driver from changing lanes or most likely to bump or ram another vehicle.

What makes road rage so dangerous is that about half of all road rage victims feel enraged by their experience. Worse, being a victim of road rage can lead to wanting revenge, amplifying the issue.

How common is road rage?

In its survey of aggressive driving enforcement programs, the NHTSA asks motorists about feelings of safety on U.S. roads. About 60% said their family feels threatened by unsafe driving, while three-quarters of respondents urged for something to be done.

The AAA Foundation for Traffic Safety did a deep dive into the behaviors seen on American roads. The results are staggering.

While complete data for the number of road rage cases per state is not available, we looked at The Trace’s study on road rage with a firearm. Statistics show that Texas, Florida, and California lead the states in the number of road rage incidents involving guns. Texas alone had 467 cases with guns, where 358 people were shot and led to 87 fatalities.

What circumstances make road rage more likely? While incidents can happen anywhere at any time, there are certain factors that increase risk:

Certain behaviors surface again and again in fatal accidents. Not so coincidentally, many of these behaviors also coincide with road rage. The NHTSA reports that many of the major contributing factors to all motor vehicle crashes include aggressive behaviors:

Is your commute contributing to road rage?

Road rage tends to affect those who spend a lot of time on the road, which are often commuters. Traffic congestion is consistently cited as a leading factor in aggressive driving incidents.

The NHTSA notes in its study that the rise in aggression and rage could be directly attributed to more drivers driving more miles with each passing year. There simply is not enough space to accommodate all of the drivers jamming America’s roads and highways.

Traffic and congestion continue to clog the roadways in the U.S., which is leading to hours spent in our vehicles for commuting. The INRIX Global Traffic Scorecard ranks the cities where commuters spend the most amount of hours in their car and found the following U.S. cities are the worst:

The psychology behind road rage

As it turns out, there may be a psychological reason why road rage is on the rise. According to research discussed in Psychology Today, road rage involves both the emotions of the drivers involved and the ability to regulate those emotions. While some people can deal with anger on the road more constructively, for others it leads to aggression or aggressive driving.

Car insurance is designed to help provide financial protection for several incidents related to your car, but road rage is not one of them. Nearly every car insurance policy will exclude intentional acts. Allstate is one example, writing into its policies that it will not cover “loss caused intentionally by or at the direction of an insured person.”

That means if you are found guilty of road rage, your car insurance policy may not cover you. You would then be responsible for paying for any losses out-of-pocket. The other driver could also sue for extra damages.

If you are found guilty of road rage or aggressive driving, your insurance company could drop your coverage if you are found negligent. With car insurance required in most states, you may have to file for SR-22 insurance as a high-risk driver. An SR-22 form serves as proof that you have the minimum amount of coverage legally required. Not all insurance providers offer filing for this form and if they do, it usually costs a monthly fee. While the SR-22 form itself does not result in higher insurance rates, the incident causing the need for the SR-22 could lead to higher premiums.

At the very least, road rage behaviors are likely to increase car insurance rates due to increased insurable risk. However, the amount of the increase will depend on where you live.

How to prevent road rage

Road rage exists everywhere, but there are some things you can do when driving to help ensure that you are not its next victim.

When driving, be sure to abide by the rules of the road at all times and be courteous to your fellow drivers, including the following:

As frustrating as U.S. roads can be, road rage isn’t worth the risks and dangers that it brings. The most important thing is to arrive at your destination safely, which patient driving can help achieve.

What to do in a road rage situation

If you are in a road rage situation, the best course of action is to remain calm and focus on getting to your destination safely. Do not engage with the other driver, do not return gestures or remarks made at you. Avoid eye contact, and be sure to keep seat belts buckled in case of unexpected braking. If someone is following you as the result of a road rage situation, avoid going to your home and try to pull into a police station, fire station or another heavily populated area.

When you safely reach your destination, call 911. If possible, provide a time, date, location, license plate, vehicle description and driver description. Write down or provide a fully detailed report of the incident, and prepare to appear in court if necessary.

SHARE:
Written by Sara Coleman Insurance Contributor
Read more from Sara
Sara Coleman is an insurance contributor at Bankrate. She has a couple of years of experience in writing for insurance domains such as The Simple Dollar, Reviews.com, Coverage.com and numerous other personal finance sites. She writes about insurance products such as auto, homeowners, renters and disability.
Edited by
Mariah Posey
Edited by Mariah Posey Insurance Editor
Mariah Posey is an auto and homeowners insurance writer and editor for Bankrate.com. She aims to make the insurance journey as convenient as possible by keeping the reader at the forefront of her mind in her work.
Mariah Posey
Insurance Editor 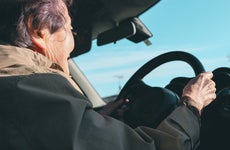 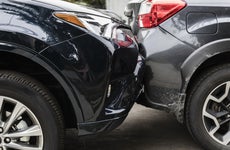 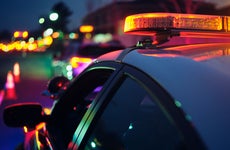 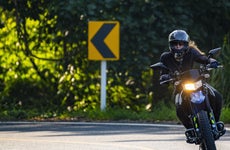