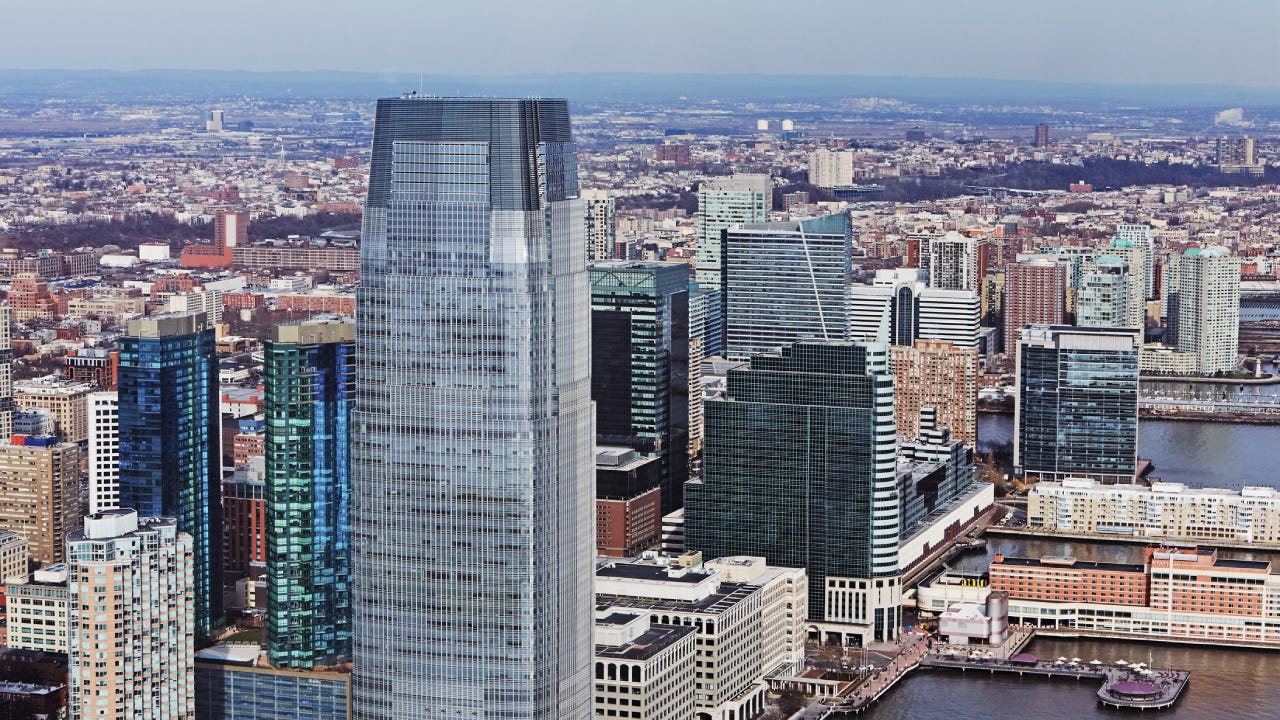 According to the New Jersey Department of Transportation, Hudson County drivers are involved in more than 19,000 car crashes per year. For Jersey City drivers, this translates to higher-than-average car insurance rates of $1,109 for liability-only per year and $2,304 for full coverage annually.

As the fourth largest insurer in the Garden state, Allstate makes the list with lots of choices for coverages and discounts. Allstate has excellent financial strength ratings so it’s able to pay out claims fast and in full, which is supported by its 876 points on the J.D. Power 2020 U.S. Auto Claims Satisfaction Study.

In regards to purchase experience, Allstate has average ratings in the J.D. Power study with 858 points. As part of the Mid-Atlantic region, Allstate did not fare as well in the auto insurance satisfaction study with just 812 points, however, it’s rated above average in the Florida, North Central and Southwest regions. Allstate’s complaint index with the NAIC is a bit above average in New Jersey at 1.48 compared to the national average of 1.00.

Amica has featured coverages not found elsewhere for auto insurance, including free airbag repair after an accident, free lock replacement for lost keys and $1,000 for bail bonds for eligible policyholders. As one of the oldest car insurance companies in the country, Amica has long carried superior financial strength and positive customer reviews.

As part of the Mid-Atlantic region on the auto insurance satisfaction study, NJM received an above average rating totalling 847 points. NJM also excels in auto claims satisfaction with 909 points in second place. As a regional insurer, NJM did not make the insurance shopping study. However, NJM’s prices make it the cheapest on average car insurance choice on our “best of” list.

State Farm isn’t just a Good Neighbor. It also offers reasonable car insurance rates for Jersey City drivers with a high score in the Mid-Atlantic region of 855, placing it in second behind USAA (which isn’t eligible for the award because it’s only offered to military families).

State Farm also has an above average rating in the auto claims satisfaction study totaling 881 points. In the Insurance Shopping Study, State Farm is ranked as average though reviewers on Consumer Affairs give it positive reviews with remarks on easy claims filing and excellent service from local agents.

We found Amica has the cheapest rates for minimum liability coverage but Geico’s rates are the lowest for full coverage car insurance. Geico Explore, part of the mobile app, sets it apart from its competitors for usability using augmented reality. Amica offers unique coverages from some of the most popular carriers based on market share. Travelers rounds out the top three with a host of discounts and insurance products to help you save while keeping all your policies bundled together for ease.

With a high rate of car crashes each year and a dense population, New Jersey drivers have minimum liability coverages to register a vehicle:

As a no-fault state, PIP coverage is extremely important to cover your medical bills and lost wages. With low minimum requirements, many drivers should consider higher liability limits rather than choosing the cheapest rates. Though full coverage is not required by law, some lenders for financed or leased vehicles may require it.

Including as many discounts as you’re eligible for is a great way for Jersey City drivers to get cheap rates for car insurance. These discounts can have a large impact on insurance rates:

What is the best car insurance company in Jersey City?

We listed the best car insurance companies in Jersey City as Amica, NJM, Allstate and State Farm. However, you may find that there is a different company to best fit your needs based on coverages, discounts, financial strength and claims experience.

How much does car insurance in Jersey City cost?

Jersey City car insurance rates are higher than New Jersey and national average rates. While your rates can vary by your driving history, zip code and vehicle coverage needs, we found the average rates in Jersey City to be $1,109 for minimum liability and $2,304 if you need full coverage insurance.

Bankrate utilizes Quadrant Information Services to analyze rates for all ZIP codes and carriers in all 50 states and Washington, D.C. Quoted rates are based on a 40-year-old male and female driver with a clean driving record, good credit and the following full coverage limits:

Rates are determined based on 2021 Quadrant Information Services data.