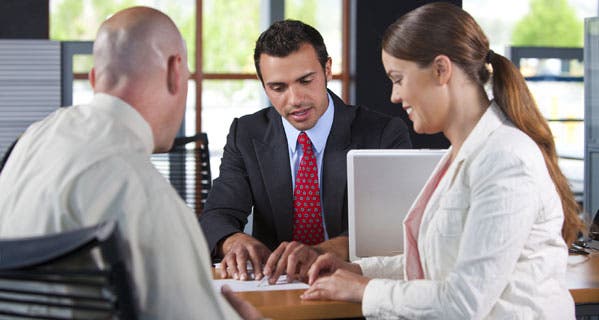 Borrowers are more satisfied overall with mortgage origination this year than in 2014, according to a new study.

How is satisfaction measured?

The increase in overall satisfaction was led by a 22-point jump in the application and approval process. Additionally, borrowers who took advantage of digital channels were more satisfied with completing an application, submitting documents and receiving status updates than those who took a paper-based route.

The speed of the lending process also affects customer satisfaction. When borrowers made it to the closing table earlier than expected, satisfaction received a boost. When the process is drawn out, satisfaction suffered.

“All things being equal, a longer process is a less-satisfying process,” says Craig Martin, J.D. Power’s mortgage practice director. “There are a lot of things that can be done to offset that (such as) good communication, setting expectations upfront accurately and reinforcing those throughout the process so the customer understands.”

In its release, J.D. Power mentioned the “Know Before You Owe” rule that took effect in October and how the regulations have the potential to prolong the mortgage lending timeline.

For example, before closing day borrowers now receive a Closing Disclosure — instead of the HUD-1 settlement and final Truth in Lending Act statements — and it comes with a 3-day waiting period.

Though, lenders who are transparent with borrowers will likely lessen the chances of dissatisfaction.

“Customers are not going to really accept the answer of, ‘Well, the government added some things to our process so it takes longer,'” Martin says. “That’s an excuse that the borrower is not likely to appreciate.”

The top 5 mortgage providers in J.D. Power’s study — along with their satisfaction scores — are:

This is the 6th consecutive year that nonbank lender Quicken Loans has claimed the top spot in the mortgage origination study. You can see the full list of rankings here.

When choosing a mortgage lender, remember to shop around as you would for any other product or service.

“Do your research,” Martin says. “Take the time to consider different offers and be a smart consumer.”