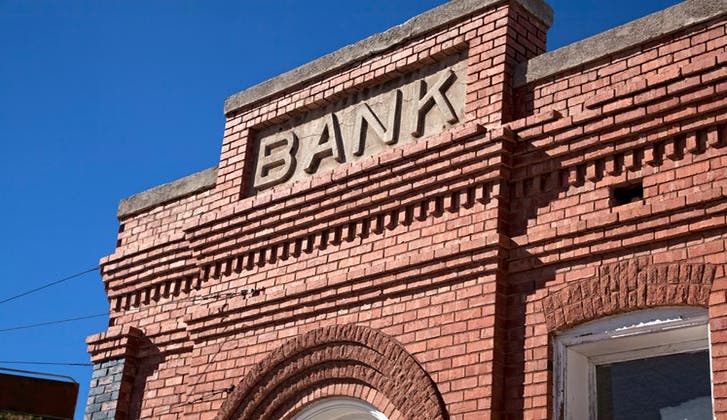 A war has broken out between lenders and mortgage brokers, two groups that used to play nicely together so they could make loans for people who wanted to buy a home or refinance an existing mortgage. The fallout from the battle could result in fewer choices of loan products and higher loan fees for borrowers — or at least that’s the argument of the brokers, who so far appear to be on the losing side.

Brokers still control a very large share of mortgage applications; however, a number of lenders, most notably JPMorgan Chase and Citi, recently announced they will no longer accept loan applications that are submitted through brokers. Instead, these lenders have decided to take applications and fund loans only through their own retail and other in-house operations. As a result, brokers have found themselves out in the cold.

Are borrowers ‘best-served’ by lender or mortgage broker?

Chase decided to exit the broker-based loan business and focus instead on loans originated through the bank’s branches and other direct-to-borrower (e.g., telephone or online) programs primarily for three reasons, according to a Jan. 13 letter from two Chase executives.

Some 2,200 of those new bank branches were added as a result of Chase’s September 2008 acquisition of Washington Mutual, also known by the nickname “WaMu.” That acquisition brought Chase many more branches in four “high-growth markets” (California, Florida, Georgia and Nevada) and four other “important markets” (New York City, Chicago, Texas and Arizona) according to the letter.

“The market has evolved away from brokers,” Kelly explains. “But for us, more importantly, the coverage that we had of the country and of what we can do for borrowers is so much different from what it was five years ago.”

Borrowers will still be able to shop around for a mortgage and costs will still be competitive since many banks will continue to offer loans, Kelly says. He suggests that borrowers will be better off with the bank’s own loan officers because, as he says, “there is some contention that brokers put people in the wrong loans.”

Not all lenders have cut off mortgage brokers. Among those that say they still welcome broker applications is Wells Fargo. The lender is still committed to the mortgage broker loan origination channel, says Debora Blume, a spokeswoman for Wells Fargo Home Mortgage in Des Moines.

“Our goal is to work with brokers who are aligned with our fair and responsible lending principles and diligent about managing to the economics of the mortgage industry,” Blume says.

Are lenders trying to get rid of mortgage brokers?

Not surprisingly, mortgage brokers aren’t happy being cut off. Marc Savitt, president of The Mortgage Center in Martinsburg, W. Va., and the National Association of Mortgage Brokers in McLean, Va., has even suggested there has been collusion among some lenders to push mortgage brokers out of the business altogether.

“Some of the banks cutting off the brokers has nothing to do with consumer protection. This is all about market share,” he says. “They are trying to get rid of the competition.”

Savitt says borrowers will still be able to shop for a mortgage but will have fewer choices. Borrowers in states — such as Savitt’s — that are less well-served by banking institutions may feel the loss more than borrowers who live in urban areas that are heavily populated with bank branches. Unlike banks, mortgage brokers “are in every community in this country,” Savitt says.

“I find that (claim) interesting considering that we are selling your (i.e., the lender’s) products. You developed these products. You set the guidelines, and you have 100-percent control over who gets approved and who gets denied. We, as brokers, have no say in the approval process, so tell me how this can be our fault,” he says.

A world without mortgage brokers?

Some mortgage brokers are so convinced that lenders no longer want their business that they’ve even contemplated a future in which borrowers won’t have the option of getting a loan through a broker.

Among those who are so concerned is Janet Guilbault, a mortgage lending specialist with RPM Mortgage in Alamo, Calif. Her sense that mortgage brokers are being squeezed out of the business is based on three trends she’s observed:

Collectively, those trends suggest that “the writing is on the wall” for mortgage brokers, Guilbault says.

The disappearance of brokers would be “a losing proposition” for borrowers, she says, because brokers:

“We only get paid if we complete the loan, and we are trying to build a database of clients that can sustain our business. I personally think that path lends itself better to the kind of service (borrowers want),” Guilbault says.

But Guilbault also believes that lenders want to blame brokers for the subprime mortgage mess and that they want to have more control over the mortgage business. Again, she suggests, that’s bad news for borrowers.