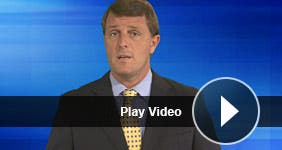 The economy may be recovering, but consumers are still struggling to make ends meet. More than a third of Americans — 36 percent — say in a survey commissioned by Bankrate that their top financial priority is simply to stay current or get caught up on paying bills.

Another 1 in 5 say their main concern is to pay down debt such as credit cards and student loans, according to the survey accompanying Bankrate’s November Financial Security Index.

The findings show little to no improvement in the financial lives of Americans when compared with a similar survey from one year ago. At that time, 32 percent said staying current on bills was their top financial priority, and 23 percent cited paying down debt.

But isn’t the economy improving?

The unemployment rate for October was 7.3 percent, down from 7.9 percent a year ago. The economy added an average of 202,000 jobs per month from August to October of this year. These are signs that the labor market is strengthening, but the average U.S. worker doesn’t seem to have benefited much from these recent gains.

“People lose jobs, and when they get back to the workforce they often end up with a job that pays less,” explains Terrance Odean, professor of finance at the Haas School of Business at the University of California at Berkeley. “The simple but big answer to why more people are reporting they are struggling to keep afloat is because for most people — at least to those in the middle — incomes have dropped.”

As the economy chugs along, the most current Census data show that the median income for American households is 8 percent below what it was in 2007, before the recession hit.

“Let’s face it, it’s tougher to keep abreast when you are making less money,” Odean says.

That’s especially a problem for lower-income consumers. Not surprisingly, more than half of those in the survey who reported earning less than $30,000 say they are most focused on paying bills.

About 29 percent of those who reported making at least $75,000 say their priority is paying down debt.

“People do not have the income to support their current debt obligations,” says Gail Cunningham, a spokeswoman for the National Foundation for Credit Counseling. “Back years ago, when people were living large, they created a lifestyle that their income could not support, but I don’t think that’s going on anymore. These respondents are probably doing the best they can.”

Should you pay down credit cards or save?

One positive finding in the survey is that nearly one-fifth of the respondents — 18 percent — say saving is their main financial priority.

“Hats off to those people who have their financial ducks in a row,” Cunningham says.

The desire to save seems particularly strong among young consumers. Saving is the top priority for 27 percent of respondents under age 30, higher than any other age group.

Consumers who don’t have a rainy day fund should set aside some money every month to build up their savings even if they have credit card debt, Cunningham adds.

“The question I get so often is, ‘I have a little extra money. Should I pay down debt or save?’ The answer is: Both. You are on a very slippery financial rope if you have zero savings.”

But for those who can barely afford to keep up with paying bills, saving money may seem nearly impossible. That’s especially the case with those who say they’re giving relatives financial help, in addition to supporting themselves.

About 12 percent of the respondents in the survey say their top financial priority is to provide financial assistance to family members or friends.

“That’s a huge number, and we see it in real life all the time,” says Cunningham. “It underscores lots of other problems we have, such as young people graduating and not being able to find a job, so they are moving back in with the parents. The parents are caring for young adults and sometimes their own parents. It’s a big drain on people’s finances.”

When friends and other relatives ask for help with money, sometimes you need to say no, Cunningham says.

“Remember you need to make financial decisions with your head, not your heart,” she says. “I know that’s difficult to do, when a family member or a friend reaches out to you for financial help. But you’ve got to remember that you won’t be in a position to help anyone if you can’t support yourself.”