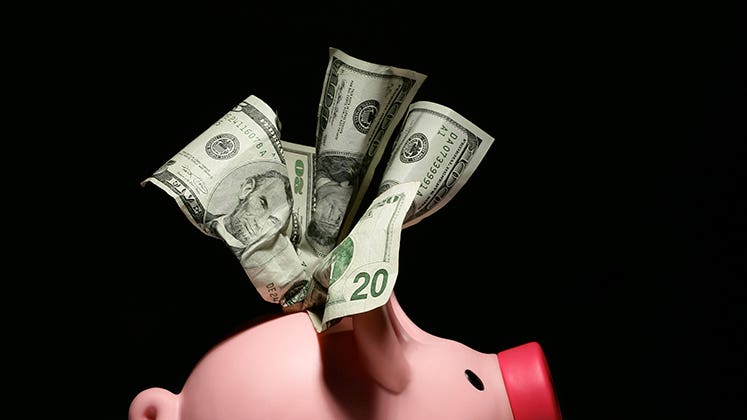 Middle-class Americans may not earn the biggest paychecks, but they put more of their money in savings than any other group.

A quarter of middle-class households (those earning between $50,000 and $75,000 annually) set aside more than 15 percent of their income, according to a survey that accompanied Bankrate’s March Financial Security Index. That money is rerouted from their daily expenses to fund long-term goals such as a retirement investment plan or an emergency savings account.

Comparatively, 8 percent of lower wage earners contributed this much. And only 17 percent of the highest earners in the survey (households making $75,000 and above) elected to put the same amount of their salaries away for a rainy day.

“Middle-class Americans (have) to do the saving, because nobody is going to do it for them,” says Greg McBride, CFA, Bankrate’s chief financial analyst. “They don’t have the six-figure income to fall back on” for expenses, including household emergencies, long-term health care, children’s education or their own retirement.

“They don’t see a correlation between where they are now and where they will be,” independent budgeting expert Tiffany Aliche says.

They also might not trust the system, after watching their parents’ retirement plans drop in value during and following the Great Recession, says Kate Holmes, a CFP professional and founder of Belmore Financial.

“Seeing that loyalty doesn’t work … that that kind of job security doesn’t work” has led many young people to question whether they should invest heavily in a traditional retirement account, like a 401(k), and instead, redirect funds toward a “side hustle” that bolsters their short-term and long-term coffers, she says.

For example, “you can invest in real estate, so that provides you the cash flow and more income later,” Holmes says. 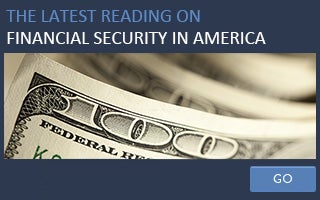 Overall, the results represent a bit of a mixed bag regarding the Americans’ overall financial preparedness.

“Some people are doing a really great job at saving,” McBride says. “A lot of people are not.”

But other research indicates that many Americans under-save. Last month’s Financial Security Index, for instance, found that nearly one-quarter of consumers (24 percent) owe more money on their credit cards than they have in emergency savings. And last August, Bankrate found that more than a third of adults have not started saving for retirement.

“There are a lot of people now reaching their early 60s realizing they don’t have near enough money to get them through the next decades,” Holmes says.

To avoid suffering a similar fate, it helps to start saving early, though there’s no hard and fast rule as to when you should open a retirement account.

“It’s not about the age,” says Kristen Robinson, senior vice president at Fidelity Investments. “It’s about where you are” in life. For instance, a recent graduate carrying a lot of student loan debt may not be able to redirect as much of their paycheck into an employer-funded 401(k) account as someone who went to school on a full scholarship.

How much you should contribute to a retirement fund varies. As a general rule of thumb, Fidelity suggests banking at least eight times your ending salary before you retire.

At the very least, “you need to meet your employer match,” Robinson says. “You are leaving money on the table if you don’t.”

Remember to slowly increase your contributions — even only by 1 percent — as you pay down existing debts and earn more income. This strategy is also useful when it comes to building emergency savings.

Bump up what you are automatically transferring into a savings account “every six months,” Holmes says. “Over time, those small increases are going to make a huge difference, and you’re not really going to notice them.”

Other ways to bolster your savings include tracking spending for a month to see what items you can cut out of your budget, creating a weekly dinner menu and renegotiating household bills, like insurance payments and utilities.