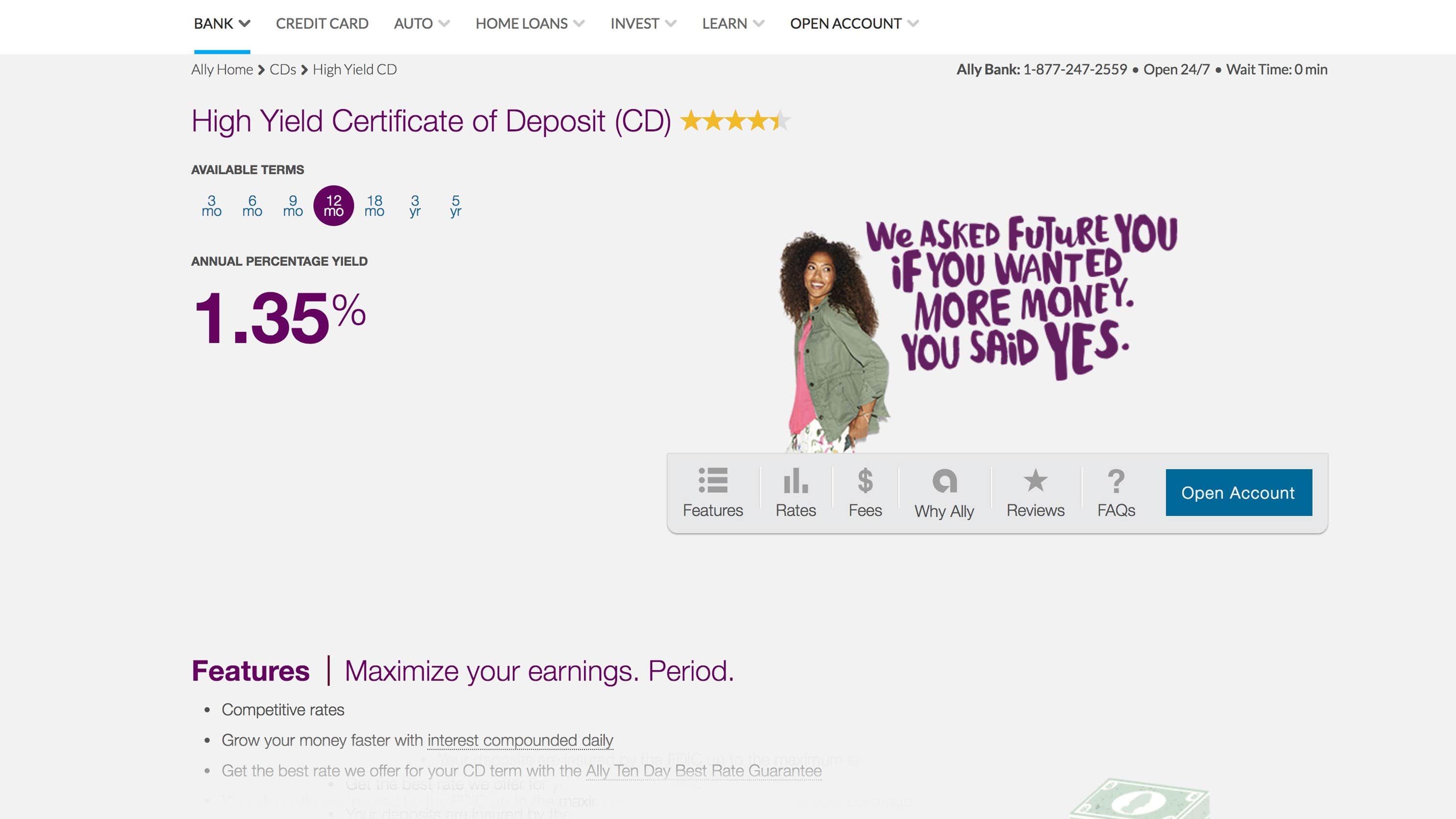 Sure, you can find a slightly better deal than what Ally Bank pays on its 12-month CD. But for new savers, the minimum deposit requirement — $0 — should be super attractive.

Ally Bank just boosted its 12-month CD offer by five basis points to 1.35 percent APY. A basis point is one-hundredth of a percentage point. That boost means Ally owns one of the best CD rates among competing offers.

In all, there are at least nine banks and credit unions that offer a slightly higher interest rate than Ally, but none of them offer the same deposit flexibility. And if you only have a bit of money to save, a few basis points isn’t going to make that much of a difference.

Still, if you don’t want to lock your money up for a year, consider opening a high-yield savings account instead.

Once you determine how much you can deposit, use our CD calculator to estimate your savings.

How to buy Ally Bank CDs

You can open Ally Bank CDs online or over the phone. The CD is available nationwide, and account holders must:

Ally Bank has no minimum deposit requirement, though, of course, the more you invest, the more you stand to make. When the CD matures, you have 10 days to withdraw your money or Ally will automatically renew it.

If you fund your account within the first 10 days after opening, you’ll get the best rate Ally Bank offers (even if it’s higher than what you signed up for). Ally Bank also offers flexibility in collecting your interest. For instance, you can have it transferred to your checking account monthly or quarterly before your CD matures.

The penalty for early withdrawal is 60 days of interest.

Ally Bank is an FDIC-insured online bank with no brick-and-mortar locations. Customers make transactions online or on the phone with representatives. Ally Bank was founded in May 2009. Before rebranding to become Ally Bank, what was then GMAC Bank was part of GMAC, founded in 1919 to help auto dealers buy cars.  Restructuring of GMAC eventually paved the way for Ally to branch off as an internet bank.

Ally Bank, which is headquartered in Midvale, Utah, earned four out of five stars on Bankrate’s latest Safe & Sound Ratings, which measures financial health of banks and credit unions throughout the United States.