A consumption tax is one that applies to the sale or purchase of a good or service. While consumption taxes come in several different forms, they generally apply at the time of purchase.

Consumption taxes are a tax on how people or businesses spend their money. These taxes on the purchase of goods and services are usually percentage-based, meaning they apply as a percentage of the total purchase price.

Consumption taxes are an important source of tax revenue for local, state and federal governments around the world. In fact, these taxes on goods and services make up more than 32 percent of tax revenue in OECD — or Organization for Economic Cooperation and Development — countries.

A consumption tax isn’t a single type of tax that’s levied against Americans. Instead, it’s a broad term that can describe a variety of taxes on goods and services.

The most known example of a consumption tax in the United States is the sales tax, which applies at the state and local level to various purchases.

It’s worth noting that California has the highest sales tax in the nation, so this example would look quite different in other states. Only a handful of states have a sales tax of 7 percent or higher, and a few states have no sales at all. Those states without a sales tax rely more heavily on other types of taxes for their state tax revenue. These typically include income taxes and property taxes.

Both income and consumption taxes are taxes on your money, but they apply at entirely different times. An income tax applies when you earn money such as wages, interest and dividends. Consumption taxes apply at the time goods and services are purchased and sold.

In addition to being applied to your money at different times, income and consumption taxes also differ in how they affect taxpayers. In the United States, income taxes are progressive. In other words, the percentage of your income you pay increases as your income increases.

But consumption taxes are usually regressive taxes, meaning the percent of your income that you pay decreases as your income decreases. For example, someone making $100,000 and someone making $25,000 both pay the same dollar amount of sales taxes on a $100 item, but that tax eats up a greater percentage of the person’s income earning $25,000.

A final difference between income and consumption taxes comes down to what they primarily fund. Income taxes are the largest source of revenue for the federal government — they make up more than 50 percent of federal tax revenue. State governments, on the other hand, rely more heavily on consumption taxes. After intergovernmental transfers — meaning funding from the federal government to the state governments — sales taxes account for the largest source of state tax revenue. 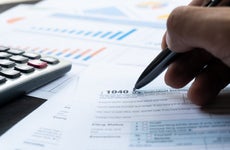 Excise tax: What it is and how it works 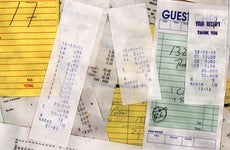 Sales tax: Definition, how it works and how to calculate it 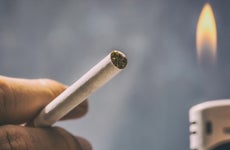 Sin tax: What it is, how it works and examples 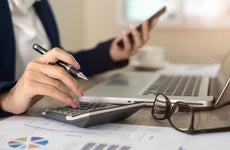 Sales tax deduction: What it is and how to take advantage of it