The new tax bill is playing out how Jason Bauman anticipated.

Bauman, 33, told Bankrate in the days before the GOP tax legislation was signed into law by President Donald Trump that he expected his paycheck to see a tiny bump, although he was concerned the cuts were only temporary, and that the federal debt would balloon.

“I did notice a slight uptick in my take-home pay,” Bauman says now. He says his paycheck has increased about 3 percent, but he wants to wait for a few more pay stubs to verify the increase. He’s also worried about the law’s $2.3 trillion price tag.

But at least he’s noticing something.

Only 24 percent of workers attribute an increase in pay in 2018 to the federal tax law, according to a Bankrate survey, while just 41 percent were aware of a change in their pay at all.

Another 42 percent said they didn’t note any difference in their paycheck, and 12 percent couldn’t say one way or another. Those who took home more pay because of the tax bill were happy about it — 58 percent rated their satisfaction as an 8 out of 10, or better.

While still early days, these findings undermine the Trump administration’s claims about the effects of the tax bill, while also suggesting that many Americans might not use the extra money to shore up their financial security.

The effects of tax reform

Your pay should go up.

The Treasury department and the IRS released new withholding tables in January and estimated that 9 in 10 workers would likely experience an increase as soon as February, with employers having until the middle of the month to update their payroll structure.

The nonpartisan Tax Policy Center estimates the average taxpayer will enjoy a $1,600 reduction in 2018, increasing after-tax pay by 2.2 percent. However, the lion’s share of that savings goes to the nation’s highest earners.

Americans could use the extra money

Thirty-six dollars every other week is nothing to sneer at, especially when millions of Americans find themselves in precarious financial situations.

Credit card debt levels are at all-time highs, the personal savings rate continues to dip and about half of all Americans are on pace to confront a lower standard of living once they retire.

Financial advisers recommend you carry three to six months’ worth of spending in an emergency fund, and yet only 39 percent of Americans would pay for an unexpected $1,000 expense out of savings, according to a recent Bankrate survey.

If people don’t notice an increase, they may not be compelled to do something useful with it.

For his part, Bauman — who says he’s happy about his extra income — plans to put it to work, focusing on paying off debt, before the humming economy descends into recession.

He doesn’t know if he’ll stay happy, though.

“I’m moving (from north of Philadelphia to New Jersey) in the coming months, so the increase might get eaten in new taxes,” he says.

Be smart with your pay increase

Check your pay stubs to see if you’re taking home more pay. You should also consult the newly released IRS withholding calculator to double-check that you’re paying the appropriate amount in taxes.

If you have seen a bump, as about 80 percent of taxpayers will in 2018, according to the Tax Policy Center, put that money to good use.

Automatically contribute your new income into your savings account, or chip away at your credit card debt. You might also raise your 401(k) contribution by a percentage point, or even throw the money at your mortgage.

Don’t spend more money just because you have a little extra to burn.

Bankrate.com commissioned YouGov Plc to conduct the survey. All figures, unless otherwise stated, are from YouGov Plc. Total sample size was 2,195 adults, of which 1,071 identified themselves as employed full or part time. Fieldwork was undertaken between Feb. 21-22, 2018. The survey was carried out online. The figures have been weighted and are representative of all U.S. adults (aged 18+). 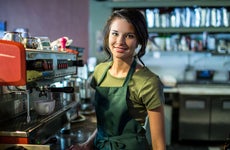 Tax issues that impact working teens and their parents 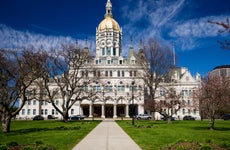 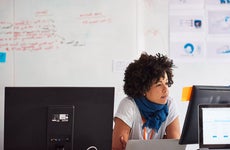 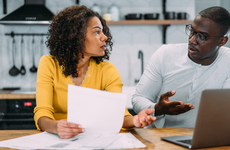