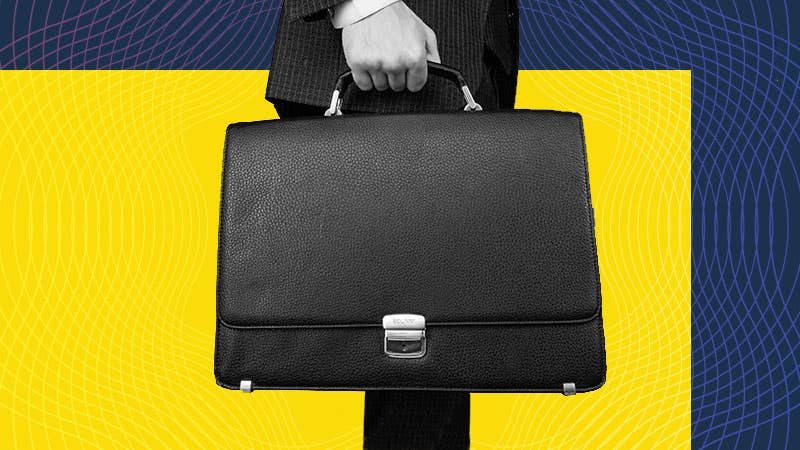 The job market may be booming, but many Americans aren’t feeling it in their wallets.

Half of U.S. workers haven’t received a pay boost in some form over the past 12 months, according to Bankrate’s December Financial Security Poll. That includes receiving a raise, taking a job with better pay or both.

The lack of pay increases comes at a time when job growth appears to be booming. U.S. employers have added new positions for a record 110 straight months, and the unemployment rate has plunged to a 50-year low.

The survey’s findings are also illustrative of a broader economic trend. Typically, as the pool of available workers starts to thin, research suggests that employers will boost pay to recruit more. For much of the expansion, however, that hasn’t happened.

[READ: Despite the lowest unemployment rate in 50 years, many remain discouraged]

But even though parts of the survey looked bleak, other figures suggest that the picture may be getting a little brighter. Nearly 49 percent of Americans reported seeing higher pay this year, up from 38 percent last year and the highest since 2016, according to the survey.

Worker pay has been slow to climb throughout the current expansion — and the fact that many Americans aren’t seeing raises could be a reason why.

Average hourly earnings grew by 3.1 percent from a year ago, according to the Department of Labor’s November jobs report. But wages didn’t breach 3 percent annual growth until October 2018 — a threshold that economists say should’ve happened much earlier.

“All of this has been puzzling,” says Tara Sinclair, economics professor at George Washington University and senior fellow at the Indeed Hiring Lab. “It doesn’t fit with the standard models of employment. Given that we’re near record-low unemployment rates, we would think we would be at record high wage growth.”

Even the Federal Reserve is starting to pay attention. Fed Chair Jerome Powell noted during his semiannual congressional testimony in July that the labor market might not be booming as much as the headline numbers suggest. If it were, more workers would be seeing pay gains.

These conditions all influenced the Fed to reduce rates three times in 2019. The Fed mainly wanted to fend off downside risks to ensure that the economic expansion continued. The longer the good times last, the more likely it’ll pull in the Americans who have been left behind.

“Prosperity isn’t experienced in all communities,” Powell said in July. “Low- and moderate-income communities in many cases are just starting to feel the benefits of this expansion.”

The Fed has been saying that the U.S. economy is “at or near full employment” since the rate reached about 5 percent. U.S. central bankers care about full employment because it often leads to inflation, as employers boost pay. Today, however, the unemployment rate is even lower — 3.5 percent — while inflation is low.

Powell and Co. are convinced there must be more workers on the sidelines. That’s likely so, with the labor force participation rate still holding at historic lows.

Low interest rates would help the labor market run a little hotter, creating more opportunities and pulling those potential employees back in, says Jesse Rothstein, economics and public policy professor at the University of California, Berkeley, who directs the Institute for Research on Labor and Employment.

“One piece of this is that the Fed has to keep allowing the labor market to keep chugging away,” Rothstein says. “As the labor market has gotten stronger, many of those workers have come back to work.”

Economists also cite a number of other structural changes within the labor market. Globalization matched with decreasing unionization might be a big part of weak wage growth, Rothstein says. Employers may also have more market power today, he says.

Of the near 49 percent who did see higher pay over the past 12 months, about 28 percent received a raise, while 12 percent found a better paying job and 10 percent found both.

The majority of those who saw a raise weren’t just compensated with the standard “cost-of-living” adjustment. Nearly 2 out of 5 (or 38 percent) saw extra compensation for their performance, while 31 percent were promoted or given new responsibilities. The typical “cost-of-living” increase accounted for less than a third (or 26 percent) of workers who reported getting a raise.

Promotions and responsibilities, on the other hand, were more likely for other cohorts. More than a third (or 34 percent) of millennials got a raise by progressing to a higher-level role. Meanwhile, 22 percent of Gen-Xers and 27 percent of boomers saw pay boosts for these reasons.

Thirty-five percent of millennials were also more likely than any other generation to leave for a better paying job, according to the report. By contrast, 19 percent of Gen Xers and 9 percent of baby boomers took this route.

“Millennials are the largest part of the labor force today, being more likely to get promotions than raises,” Sinclair says. “They are in the part of their career when they would be looking for promotions, and there are various studies that have described that millennials in general are very attracted to more autonomy or a higher title. That can compensate them when you can’t offer them a raise.”

More than half (or 56 percent) of college graduates made more money over the past 12 months, which includes accepting more pay, taking a better job or both. But 45 percent of those without a college degree experienced those same opportunities over the past year.

Women were more likely to report no change in pay, with 53 percent reporting no raise compared with 47 percent for men. But 13 percent found a better-paying job, compared with 10 percent of men.

[READ: The 9 smartest things to do with your year-end bonus]

Despite how slowly wages have climbed, Americans are still confident in the strength of the labor market. Thirty percent of workers have increased confidence in the job market over the past 12 months, while 58 percent say they feel about the same, according to the survey. Twelve percent report feeling worse.

Republicans were the most likely to report feeling increasingly confident about the labor market. Nearly half (or 49 percent) reported that they were more confident, compared with 19 percent of Democrats and 26 percent of independents.

About one in four (or 26 percent) respondents intend to look for a better job in the next 12 months, little changed from 25 percent last year. But some brighter spots were found within the details. Households that bring in less than $30,000 a year were most likely to look for a new job over the next 12 months, with nearly two out of five (or 37 percent) reporting so. Those with no more than a high school diploma also looked more willing to start their job search, with 33 percent reporting, as opposed to a quarter of those who have some college and 20 percent who have a degree.

Continuing the trend, millennials were most likely of any generation to want to search for a new job. Thirty-three percent reported that they were going to kick start their job search over the next 12 months, compared with 21 percent of Gen Xers and 20 percent of baby boomers.

Given how low wage growth has been, it might be hard to feel as if searching for a new job will fix the problem. But it’s worth a shot, and your lifetime earnings are critical to your overall financial wellbeing.

“The ability to earn more money can be a much-needed boost to the finances of many Americans, if properly deployed,” McBride says. “Padding emergency savings, increasing retirement contributions and paying down debt are all prudent moves to make with the additional money in the paycheck.”

Both jobseekers and workers should consider developing new skills or training, Sinclair says. It’s important that employees sock away money and invest in themselves before a downturn starts, she says.

“My classic advice is to look for opportunities to develop new areas of skill and expertise,” Sinclair says. “Whether that be taking courses or taking a job that involves either some sort of explicit training, where a company is known to invest in workers.”

But changing a lot of the structural issues may require the attention of both monetary and fiscal policymakers, Rothstein says. That could mean allowing for unions or keeping interest rates low to encourage more job growth.

“Most people who want a job can get one, but what we don’t have is robust wage growth,” Rothstein says. “It’s about making sure the benefits from growth are more broadly shared.”