It’s been a wild real estate ride over the last few years. After a red-hot market characterized by bidding wars, low interest rates and elevated prices, mortgage rates increased to the highest level in 20 years, leading to a slowdown of both buying activity and purchase prices. Yet, with inventory still low, home price tags remain high in many parts of the U.S.

There are plenty of predictions about where the housing market is going in 2023. But what about farther out?  After all, buying a home often requires long-term planning. We asked several residential real estate experts to peer into their crystal balls and give us a five-year forecast of the housing market. Here’s looking at you, 2027.

But first, a a snapshot of the residential real estate scene, as of autumn 2022.

The forecast for mortgage rates and types

Mortgage interest rates could continue to increase for a few weeks or months, says Yun, adding that seven percent looks to be the level for the rest of this year and most of next year. Within two years, the rate should return to five-and-a-half or six percent, he adds. Nanayakkara-Skillington agrees, predicting rates will drop to about six percent by the middle of 2024.

Because the rates are high, Yun foresees a greater interest in adjustable-rate mortgages (ARMs) through next year. However, after that, he predicts 90 percent of Americans will return to the traditional 30-year fixed mortgage route. Greg McBride, CFA, Bankrate chief financial analyst, agrees, stating that the 30-year fixed rate mortgage will remain the dominant product. “It provides the certainty borrowers want, lenders can sell them to investors, and there is a vibrant secondary market of global investors eager to buy them,” he says.

Yun foresees zero or minor changes in purchase price tags on a nationwide basis next year, with increases or decreases of about five percent. The only exception is California, he says, where the market could see 10 percent declines: “Because it’s so expensive, California is always the most vulnerable to changes in interest rates.” Overall, in five years, he expects prices to have appreciated a total of 15-25 percent.

McBride has a similar perspective. He predicts home prices will average low- to mid- single digit annual appreciation over the next five years. This rate of appreciation, he says, is consistent with the long-term average of home prices increasing by a rate that’ hovers a percentage point above the inflation rate.

Will the housing market crash?

While it’s been showing bubble-like properties, Yun does not expect the residential real estate market to violently pop. Although he predicts that sales will be at a low point next year, with only 5.3 million units sold, he foresees a gradual increase afterwards, up to an annual six million units by 2027. Despite the higher mortgage rates, home prices are still above what they were one year ago, he adds. Even if they decline five percent (or 10 percent in California) next year, that’s not close to crashing — which is characterized by a one-third drop. “A 30 percent decrease will not happen because there isn’t enough inventory,” he explains. “A crash happens with oversupply.” He believes the housing shortage will continue this year, with the supply balancing out by five years.

Will it become a buyer’s market?

Yun expects the seller’s market to continue, while housing inventory remains low. By five years, though, he foresees a balanced market, where neither the buyer or seller holds sway. Instead, the negotiating power between parties will be more equal and depend on the individual case.

Caroline Feeney, executive editor, HomeLight,  feels the shift away from a seller’s market has already begun. According to a recent survey the company conducted, only 51 percent of HomeLight agents described their current local market as a seller’s market. She also expects a balanced market within a few years.

Where and what sort of homes will be built?

With hybrid work schedules becoming the norm and commuting no longer as relevant, Yun predicts the suburban market will continue to be strong. Meanwhile, 55 percent of top HomeLight agents believe the markets that heated up the quickest during the pandemic (including Austin, Phoenix and Boise) are likely to be the first to cool down and see the biggest decreases during a market correction, says Feeney. Yun expects growth in areas with rising populations, namely the Carolinas, Florida, Texas and Tennessee. Backing up his prediction, 50 percent of new single-family construction is in the South, notes Nanayakkara-Skillington.

The number of single-family homes under construction has decreased over the last four months. In contrast, the number of multi-family homes under construction has increased over the last few years, says Feeney, who credits this growth in part to their lower price tags — apartments tend to be cheaper than detached houses — and the pressure on municipalities to relieve shortages and provide more affordable housing. Still, with high mortgage rates and inflationary building material prices, Nanayakkara-Skillington expects the multi-family market’s growth to stabilize within a few years, with the number of new starts decreasing eight percent in 2023, and another five percent in 2024.

Tips to save for a home

Since buying a home is such a major purchase, starting to save up five years in advance is perfectly reasonable. Here are some strategies to get your finances in shape for down payments — you want to be able to swing the usual 20 percent down, to avoid the extra cost of mortgage insurance — and of course for mortgage pre-approvals.

Of course you work for love, not money. But money’s important too. Figure out the right way to ask your employer for a raise, or be willing to look for other opportunities — that’s usually the fastest path to a significant salary bump. Sixty percent of workers who switched jobs over the past year earned more money in their new roles, even accounting for the fast pace of inflation, according to a recent study from the Pew Research Center.

Being able to purchase a home isn’t just about growing your bank account. It’s equally important to focus on paying down the amount of money you owe on credit cards, student loans and car payments. By lowering your debt-to-income (DTI) ratio, you’ll be in a better position to qualify for a mortgage down the line.

The purchase price is the big expense, but homebuying has other, less obvious expenses. You’ll also need to be ready to pay closing costs — lender fees, property taxes, appraisal expenses and various other administrative and professionals’ fees. These add up quickly. In 2021, the average closing costs were $6,905, according to ClosingCorp.

Because you’ll be spending several thousand on closing costs, it’s imperative to stay in a home long enough to break even (let alone make a profit). If you’re buying a home and selling it a year or two later, you’re probably not going to come out ahead. Five years is the usual amount of time.

4. Focus on local, not national, markets

Yes, plenty of publications (including ours) are full of generalizations about “the housing market.” But real estate markets are hyper-localized, varying greatly not just from region to region, but from state to state, and even within states. Costs, prices and requirements are going to look much different in Pensacola than they will in Palm Beach, for example. As you think about budgeting for a house, bear the broader national trends in mind, but it’s more helpful to focus on housing market conditions in the city and even the specific neighborhood where you’re looking to buy or move to. Try to target the more affordable ones, where your dollars will bring the most bang for the housing buck. 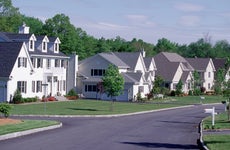 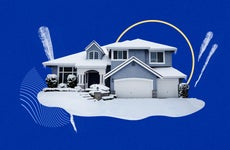 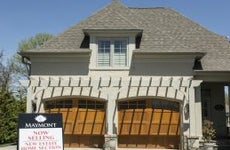 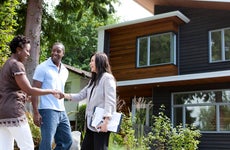