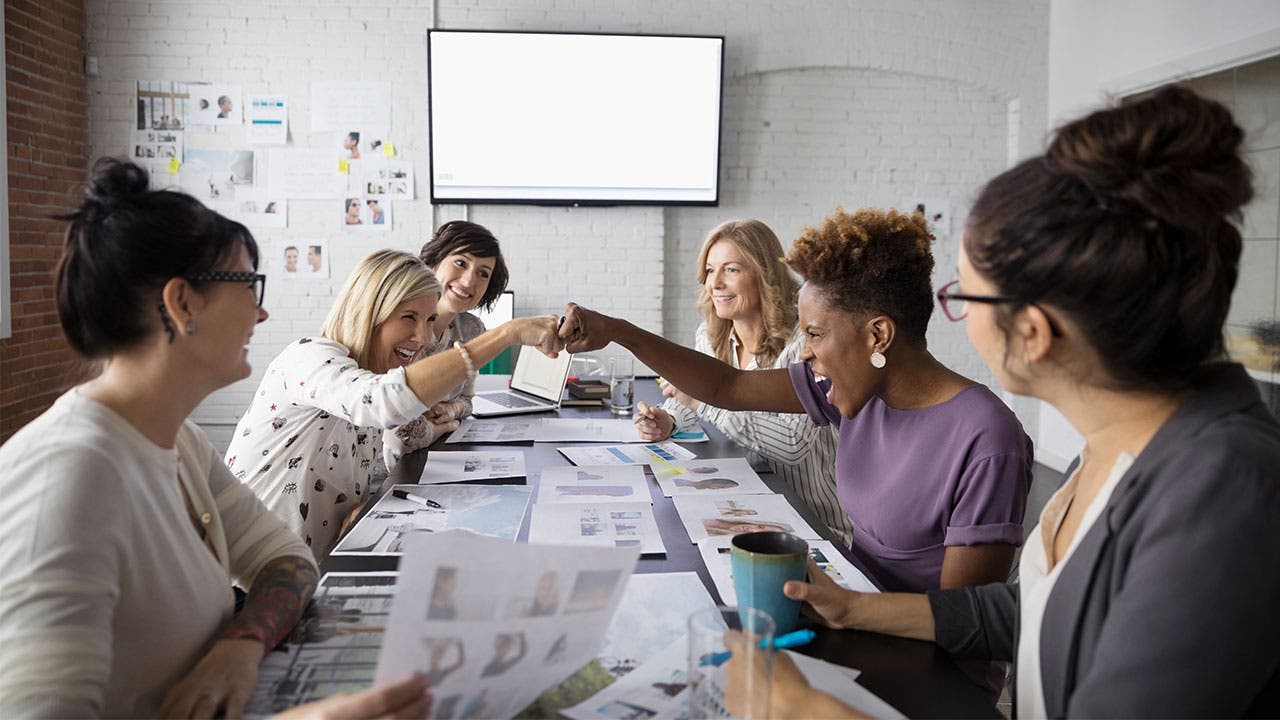 Danny Kofke likes his job, which makes him a typical American.

Kofke, 42, teaches special education at an elementary school and lives in a small town about 50 miles outside of Atlanta. He and his wife together earn around $75,000 a year.

“I actually left teaching a few years ago and had a job in which I traveled to schools and helped teachers save for retirement,” Kofke says. “I shortly realized there is no perfect job.” He soon returned to the classroom.

Nearly nine years into one of the longest economic recoveries in American history, workers are content. The average American pegs their job satisfaction at a 7 out of 10, according to a Bankrate survey. Half of all respondents gave a rating greater than 8, while 19 percent scored their job satisfaction a perfect 10. Just 11 percent said 3 or lower.

“With the job market strong, most Americans should have a high degree of job satisfaction,” says Bankrate senior economic analyst Mark Hamrick. “We see older, more senior workers most satisfied, likely because they tend to be higher paid.”

Silent Generation workers pegged their average satisfaction at 8.9, according to the survey, while baby boomers said 7.2. Gen Xers reported average fulfillment of 7, and millennials said 6.9.

The key for the consumer is to take advantage of this moment.

The job market has made remarkable progress since the Great Recession ended in March 2009.

Home prices, according to the broadest S&P CoreLogic Case-Shiller home-price index, hit new highs in November, while 401(k) balances continue skyrocketing. Consumers, meanwhile, are optimistic that recent gains will carry into 2018, according to the latest figures.

The only thing missing are substantial wage gains, which have lagged even as the jobs picture brightened.

There’s still work to do

Americans could really use a raise.

While the broader economic data support American’s rose-colored outlook, you probably have to spend 2018 solidifying your personal economy.

Only 39 percent of Americans would pay for an unexpected $1,000 expense with cash, according to a recent Bankrate survey, and many would finance such a calamity with debt.

Credit card balances are ballooning, while the personal savings rate dipped noticeably, from 5.8 percent in December 2015 to 2.4 percent last December.

People may be out in front of their skies now, with the desire to save more in the future. A recent Navy Federal Credit Union survey found that 3 in 5 respondents said they were more likely to put money into a savings account in 2018 than last year.

“It has been years since people have seen more money coming into the household,” says Navy Federal Credit Union corporate economist Robert Frick. “They’ve been penny-pinching for a long time. In the future, they’ll go, ‘wait a minute,’ realize they’re overextending, and save more.”

Financial moves you should make

If you’re in the middle of the best year you’ve had in decades, enjoy it. But don’t lose sight of the horizon.

The Federal Reserve raised interest rates three times last year, and will probably do so again this year. That means your debt, especially credit card IOUs, will become more expensive. Use any raise or bonus to pay down any outstanding loans.

You also need to shore up your emergency fund. The economy is in the midst of one of the longest runs in history, and a recession will come at some point. When it does, you want to make sure you have a hedge against unexpected losses in income (i.e., layoffs).

Ramping up savings in the good times may taste like spinach, but it’s what you need to do to stay financially fit.