Do you really need a master’s degree?

You want to advance or switch your career, earn more money, teach, or all of the above. Should you plunk down thousands of dollars to get a master’s degree in your chosen field, or spend much less money and time to get a graduate certificate?

One isn’t inherently better than the other. It depends on the student’s career trajectory, plus life and financial circumstances.

“Master’s degrees and graduate certificates can make a lot of sense for different candidates. In fact, many will pursue both these things and often at the same time,” says Jon Frank, CEO of Admissionado, an MBA application consulting and mentoring service.

So what is right for you: graduate degree, certificate or both? Let’s look at the differences and what these forms of higher education can do for your career. 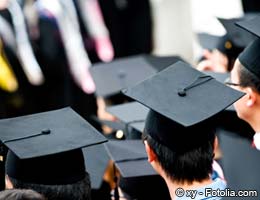 A master’s degree is typically a two-year, full-time commitment beyond a bachelor’s degree in a field of study. Students can obtain a Master of Arts or Science or a degree that is more specialized, such as a master of social work, or MSW, or a Master of Business Administration, or MBA.

On the other hand, a graduate certificate — also called a diploma — is a short program of study in a particular subject. It typically consists of three to seven courses, which can be completed in a year or less, Frank says. To qualify for a graduate certificate, you must already have a bachelor’s degree, though some colleges will waive this requirement if you have relevant work experience.

What will a graduate certificate do for you? 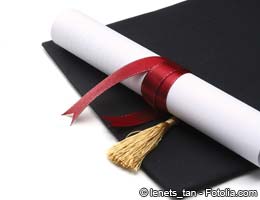 “Certificates don’t take the place of a degree,” Sandeen adds. “It offers students a viable option to come up to speed quicker and become employable quicker.”

It also costs less: For example, the average cost for a UCLA Extension certificate in business administration takes one year of part-time study and costs $5,000; an MBA degree from UCLA costs about $90,000 and takes two years of full-time study. 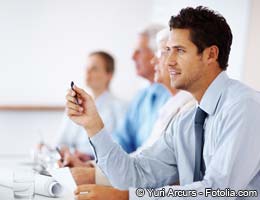 Sandeen says the most popular certificate programs in the UCLA Extension program are in business, where students with an undergraduate degree in liberal arts seek to become employable with a graduate certificate in general business administration.

“Some students may not have the time or resources to invest in an MBA … so they can finish a certificate and take steps toward a career in business,” Sandeen says.

Emerging fields, such as social media marketing, patient advocacy, homeland security and global sustainability, are popular certificate programs, says Sandeen. These certificates are ideal for people working in these fields who may not have a formal education.

“It allows them to come up to speed on the practices, economics and policies … and can be completed on weekends. People don’t have to quit their jobs,” Sandeen says.

What a graduate certificate can’t do 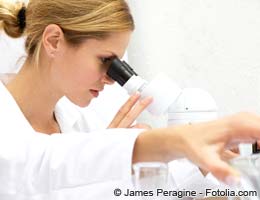 While a graduate certificate can get you a raise or help you switch careers, it won’t do much to give you recognition in certain professions.

“The most obvious (are) in law and medicine. But even in the business world, most executives would prefer to hire an MBA than a certificate holder, given an even choice.”

Sandeen agrees: “Certificates are hyper-focused on specific types of careers and positions. A master’s degree is aimed at a broader career or field, which means a professional may have greater flexibility within his or her career with a master’s.”

While the upfront cost of getting a master’s degree is significantly higher than a graduate certificate, that investment will pay for itself in a few years in certain fields.

“This is especially true in the fields of engineering, math and the sciences,” Frank says. Starting salaries in the physical sciences skyrocket from around $59,000 to about $90,000 when someone holds a master’s degree, Frank says. “Even at $30,000 per year in tuition … these physicists will earn their tuition back in just a few short years,” he says.

In the fields of psychology and social work, the payoff is just as impressive, he notes. “BA grads in the field will earn $42,000 upon graduation, whereas their counterparts with master’s degrees will earn $60,000,” he says.

Certificates are better in some fields 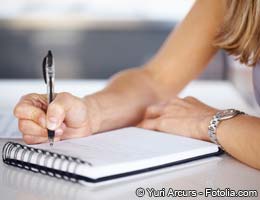 There are fields where getting a certificate is a more prudent financial decision than seeking a master’s degree such as in the arts, public relations, media and journalism. In those fields, a master’s degree does not typically translate into a significantly higher salary, Frank says.

A good rule of thumb when deciding between a graduate certificate versus a master’s degree is to look at the demand in the marketplace, says Marcella Wilson, a part-time professor at the University of Maryland, Baltimore County who also mentors graduate students.

“So many (students) get all this education and can’t get jobs,” she says. “And they come up against people with, say, a certification in cybersecurity, and the ones with the certification will get the job every single time.”

Wilson, who says she is a strong proponent of graduate degrees over certificates, still believes there is room for both. Before putting money into one or the other, look at your field of study. “The less demand there is for a job, the more education you have to have to compete,” she says.

Room for both degree and certificate 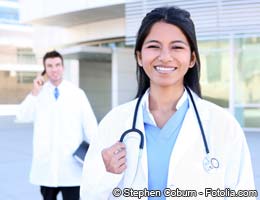 “If you are in medical school, a graduate certificate could add a specialty in, say, biomedical engineering, which would make you that much more likely to ‘match’ upon graduation,” Frank says.

He notes that you also may want to pursue a certificate program if you are just out of college and interested in looking into other fields before committing full time to a master’s program.

And if a master’s degree isn’t in the cards because it is financially out of reach or isn’t the right career move, a graduate certificate is worth considering because it can make you more employable, says Sandeen, the UCLA Extension dean.

“If the graduate certificate leads to a job, it is money well spent,” she says.