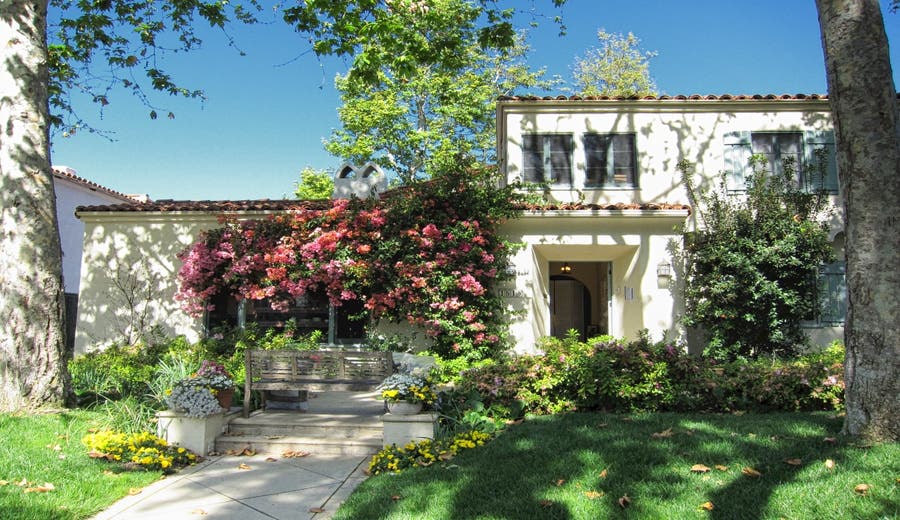 When it comes to finding the best mortgage rate, two pieces of advice are standard — shop around and raise your credit score. This advice remains true as ever, but a new study about factors that can affect your rate turned up some surprising findings that can save you money when you get a new mortgage or refinance.

Ralph McLaughlin, chief economist at financial technology firm Haus, analyzed 8.5 million home loans bought by mortgage giant Freddie Mac from 2012 through 2018 looking for mortgage rate patterns. He found unexpected disparities in rates by geographic area and by lender. He says you should shop multiple lenders especially if you live in a place he identified — such as Sandusky, Ohio, or Springfield, Illinois — where they charged higher-than-average mortgage rates over the period he studied.

McLaughlin also discovered that raising your credit score lowers your rate more than reducing your debt-to-income ratio or boosting your down payment. So if you have a choice between paying down credit card debt or scraping together a larger down payment, it’s probably wiser to tackle the debt, because that should improve your credit score.

With mortgage rates at record lows, finding the best deal is something of a national obsession. Here are five things to know from McLaughlin’s research:

1. Where you live can affect your rate

The biggest mortgage lenders are national players that do business virtually. Still, many mortgages are issued by local banks and credit unions to borrowers who prefer doing business face to face, or don’t feel comfortable uploading dozens of documents and sending them off to an online lender.

If you plan to walk into your local bank to apply for a mortgage, you’ll do better if you live in an area with robust competition among financial institutions. “Brick-and-mortar bank concentration still matters,” McLaughlin says.

In general, borrowers find good mortgage rates in big metro areas with plenty of banks. But the best deals came in some small cities. According to McLaughlin’s analysis, residents of Dubuque, Iowa, landed the lowest rates — loans in Dubuque averaged 23 basis points, or 0.23 percentage points, below national rates.

The highest rates came in Sandusky, Ohio, where borrowers paid 23 basis points above the typical rate, even after adjusting for creditworthiness.

In one head-scratching finding, Sandusky is just 100 miles from Lima, Ohio, but their residents pay far different mortgage rates. Lima is the third-cheapest metro area for borrowers and Sandusky is the priciest. There’s a gap between the two small cities of 39 basis points, or 0.39 percentage points.

McLaughlin also found a gap between the rates charged by lenders. The two least-expensive lenders during the study period — New York Community Bank and Chicago Mortgage Solutions — were, on average, about 75 basis points less expensive than the two most-expensive lenders. To put that in perspective, on a $300,000 loan amortized over 30 years, the difference between a rate of 3.75 percent and 3 percent amounts to $124 a month.

That gap underscores the importance of shopping around. It’s possible that you can find a better deal through an online lender or by using a mortgage broker. In any case, don’t let your friendly neighborhood banker be the only person you ask for a quote.

Another big payoff comes from improving your credit score, McLaughlin says. He found a spread of 43 basis points, or 0.43 percentage points, between borrowers with credit scores below 650 and those with scores of 800 or higher.

That’s a significant savings, but McLaughlin acknowledges that improving your credit score isn’t easy or fast. Raising your mark that much likely will require a year or two of discipline, and a regimen of on-time payments and paying down existing debts.

4. Making a bigger down payment won’t affect your rate much — but it could save you money

Increasing your down payment from 5 percent or less to 20 percent or more can cut your mortgage rate by an average of 20 basis points, McLaughlin says.

Why so little? Because private mortgage insurance (PMI) makes up for the additional risk borne by the lender. “You don’t need a higher rate to cover the risk when you’re making a lower down payment,” McLaughlin says. “That’s what mortgage insurance is for.”

But don’t overlook the importance of getting rid of PMI. This insurance can add thousands of dollars to your borrowing costs over the years — a lot to pay for an insurance policy that protects the lender, not you.

The debt-to-income (DTI) ratio measures how much of your monthly pay is eaten up by your mortgage, car loans, student loans and credit cards. The lower the better, at least in theory. But McLaughlin found DTI had surprisingly little impact on borrowers’ mortgage rates.

Moving from a DTI ratio of more than 43 percent to a ratio of less than 30 percent led to a rate reduction of just 5 basis points, or 0.05 percentage point. The reason? Credit scores and the size of the down payment already act as a proxy for DTI. “It’s highly correlated with the loan-to-value ratio,” McLaughlin says. “If you have a high DTI, that means you’re probably also not putting up a big down payment.”

One caveat: McLaughlin’s analysis doesn’t include loans originated in 2019 and 2020, and some lenders’ policies and practices might have changed in that time.

What you can do to get a better mortgage rate

To secure the most favorable mortgage rate, take these steps: