When Tom Slattery shopped for a house this summer, his wish list included a couple of the normal want-to-haves, along with an unusual requirement.

Slattery wanted a good location and plenty of space, of course — but he also insisted on the option of taking over the seller’s low-rate mortgage.

“Once we realized we could assume a VA loan, we were all over it,” says Slattery, an officer in the U.S. Coast Guard.

In September, Slattery and his wife closed on a house in Alexandria, Virginia, taking over the seller’s VA loan with a 2.75 percent rate. Slattery has stepped in as the borrower and now makes the monthly payments.

Put another way: For Slattery to keep a monthly payment of about $2,180, he’d need to narrow his search to a much less expensive home with a mortgage of just $345,000.

“We got very lucky that this was possible,” says Slattery. “We were able to hit a better price bracket.”

Conventional mortgages — those backed by Fannie Mae and Freddie Mac — make up two-thirds of all U.S. home loans. Those mortgages are not assumable, but FHA, VA and USDA loans are. (USDA loans, though, tend to come with a new rate if assumed in an arm’s length transaction.)

Now that mortgage rates are in the 7 percent range and home sales have slumped, some sellers and their listing agents are marketing assumable mortgages as a way to make their listings stand out.

“Historically, assumptions have not been a widely used tool, but we have seen the activity double year over year,” says David Sheeler, senior executive vice president at Freedom Mortgage.

“It’s a pretty awesome benefit to be able to offer a buyer,” says Chris Birk, vice president of Mortgage Insight at Veterans United Home Loans, which specializes in VA loans.

A cool concept — but plenty of challenges

Alas, finding listings with assumable mortgages is no easy task. Of the more than 760,000 homes listed for sale on Zillow in October, only 175 listings mentioned the term “assumable mortgage” in the listing description, a Zillow spokesman says.

Slattery says he typed the phrase “VA loan” into online searches to see which sellers were offering the valuable perk.

For the arrangement to work, the seller must have a VA, FHA or USDA loan at an attractive rate. It helps if the balance on the loan matches the buyer’s needs. The FHA requires borrowers who assume loans to go through the same credit checks and qualifying process as the original borrower.

In Slattery’s case, the home’s purchase price was $595,000, and the loan amount was $535,000. His down payment fund was sufficient to cover the gap between the two numbers.

For VA-eligible buyers assuming VA loans, the move is a great deal. Lenders can charge a $300 processing fee, and local authorities might collect a recording fee, but no appraisal is required, says Birk.

Things can turn messy fast when it comes to assuming mortgages, however. For instance, if the value of the home is far greater than the mortgage balance, the buyer would either have to pay cash for the difference or find a lender willing to issue a second mortgage and take a second lien position, a riskier spot for the lender.

Meanwhile, the VA rules around loan assumption can be complicated. Both Slattery and the seller of the home were eligible for VA loans, which smoothed their transaction, but what if the buyer isn’t in the military?

A VA borrower can allow a civilian to assume the VA loan, but doing so reduces the VA borrower’s ability to take out future VA loans. What’s more, if a civilian assumes a VA loan and later defaults, the seller can lose some or all ability to borrow a VA loan down the line.

“Veterans learn this and they’re like, ‘No, I don’t want to lose that benefit,’” says Birk.

With those details complicating the transaction, loan assumptions remain rare. Since 2020, Veterans United has originated 170,000 VA purchase loans, and fewer than 10 of those mortgages have involved assumptions, says Birk.

“I think the interest is going to continue,” says Birk. “I just am not sure many are going to make it to the finish line.” 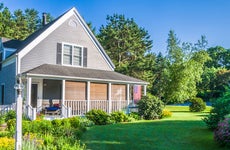 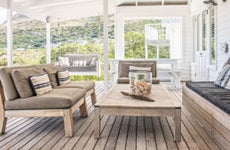 What to know about assumable mortgages 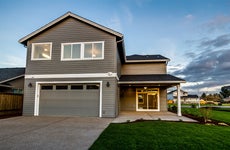 What is a down payment? 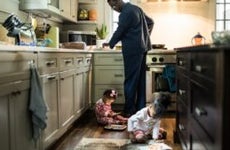 What is the minimum down payment for a house?