Becoming a doctor can be a tall order. Medical students often spend more than a decade preparing for the profession between college, medical school, residency and specialization. It’s also expensive; a report from the Association of American Medical Colleges (AAMC) found that the median four-year cost at U.S. medical schools exceeds $263,000. This may explain why medical students who took out loans left school with an average of $200,000 worth of debt in 2021.

But all costs aside, medical doctors have some of the most generous salaries in the nation, with yearly earnings ranging from $105,000 to over $740,000 a year, depending on their specialization, according to Payscale. Here’s everything you need to know about the cost of attending medical school, including ways to reduce the costs.

But the cost of attending medical school starts with the Medical College Admission Test (MCAT), which is required by nearly all schools. The MCAT currently has a $325 registration fee, though the cost goes down to $130 if you qualify for assistance. If you plan on taking prep courses (which is highly recommended), then you’ll need to budget for a few thousand dollars more.

Then there’s the medical school application fee. Most medical schools in the U.S. require students to submit their application through the American Medical College Application Service (AMCAS), which has a fee of $170 for your first application and $43 for each additional school.

According to the AAMC, the average student in the U.S. applies to 16 schools through the AMCAS — meaning you can expect to spend more than $800 in application fees alone. Some medical schools also require a secondary application fee, which Kaplan estimates can range between $30 and $250, although some schools may waive these fees.

You’ll also need to factor in the cost of taking the United States Medical Licensing Examination (USMLE), which is a three-step exam. The first- and second-step exams are typically taken when you’re finishing your second and third year of medical school and are required by most schools to start your residency. The third step is taken during your residency and requires that you’ve passed the previous two exams. Each step is charged separately, and the application fees add up to roughly $2,200.

How the cost of medical school has changed over time

Over the last decade, the median four-year cost of attending medical school has grown by roughly 20 percent, going from $227,000 in 2009 to $272,000 in 2019, according to a report by the AAMC. These prices include not only the cost of tuition and fees, but also living expenses and course materials.

The cost of attending a public vs. a private medical school

How much it costs to attend the top medical schools in the U.S.

The cost of medical school varies not only by the type of institution you attend (public versus private), but also by how prestigious your school is. Below are the costs of tuition at some of the nation’s most well-known medical schools, though it’s worth pointing out that the prices listed below are only for the first year of school. The third and fourth year of medical school typically cost more due to the clinical rotations.

How to pay for medical school

While there’s no denying that medical school is expensive, there are several ways to reduce out-of-pocket costs.

Scholarships and grants are both considered gift aid (aka money you don’t have to pay back). However, scholarships can be both merit- and need-based, while grants are typically need-based.

For medical students, a good starting point to look and apply for both scholarships and grants is the AAMC’s aid search engine, where you’ll find dozens of them.

Although scholarships and grants can significantly reduce the cost of attending medical school and are quite easy to come across, they rarely cover all the costs. If you need more money, student loans are the next-best thing to help you bridge the financial gap.

But when it comes to borrowing money to pay for school, make sure you look at federal student loans first. Federal student loans tend to have lower interest rates and offer income-driven repayment options, in addition to the possibility of forgiveness — all of which aren’t available with private student loans. Unlike private loans, federal student loans also don’t require you to have excellent credit or a stable income to qualify, so almost anyone in good academic standing is eligible for them.

Another way of reducing the cost of medical school is looking into forgiveness programs. These programs are typically available through your state and are designed to help you tackle any debt you incurred while in medical school.

However, most of the forgiveness programs require you to relocate to rural areas where there’s a high need of medical professionals or to work in public service, which means that you won’t be earning as much as other doctors in a private practice. You’ll also have to commit to a number of years (typically two or more) to be eligible for these programs.

Still, they’re an option worth considering, as you could get a significant portion of your debt forgiven early on in your career. 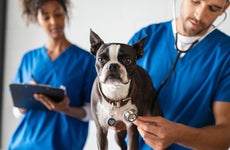 How much does vet school cost? 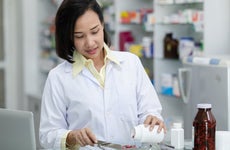 What is the average pharmacy school debt? 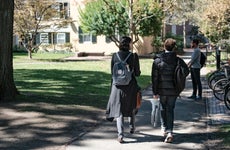 How much does law school cost? 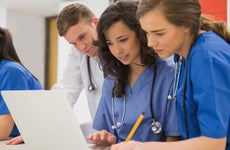 What is the average medical school debt?