In the stock market, a buyer will pay the ask price and a seller will receive the bid price because that’s where supply meets demand. The bid-ask spread is a type of transaction cost that goes into the pocket of the market maker, an intermediary who keeps the market orderly.

While it may seem immaterial or easy to overlook, the bid-ask spread is a real cost to investors, and in extreme cases it may amount to a non-trivial percentage of the trade’s value. Because of this, active traders in particular may want to pay attention to the bid-ask spread.

How to calculate the bid-ask spread

What a bid-ask spread tells you

You may not have spent much time thinking about the bid-ask spread in stocks, but it can have some informational value. Here’s what it means in different market situations.

Markets with a wide bid-ask spread are typically less liquid than markets with a narrow spread. The spread widens because there aren’t high levels of supply and demand, or buy and sell orders to easily match up. The higher transaction cost, in the form of a higher spread, is compensation to the market maker for the illiquidity.

Conversely, markets with a thin or narrow bid-ask spread are typically highly liquid and have plentiful buy and sell orders from traders. Widely traded stocks, such as Apple, Microsoft and Amazon, have narrow spreads because there is a high amount of supply and demand for their shares. It’s very easy for market makers to find a buyer or a seller in the stocks of these types of blue-chip companies. Small-cap stocks or more obscure companies may have wider spreads due to the lack of investor interest.

How a bid-ask spread relates to liquidity

Differences between bid-ask spreads from one security to the next, or even between asset classes, is because of the differences in liquidity between the assets. Within the stock market, you’ll typically see a wider bid-ask spread for small- or micro-cap stocks than you would for widely-followed large-cap stocks that are very liquid.

As you move from the stock market to the bond market, liquidity may fall, despite the bond market being larger in overall size, causing bid-ask spreads to widen.

You might also see wider spreads in securities with high volatility, because the market maker wants additional spread to compensate them for the risk that prices change.

Most traders and professional investors use limit orders when placing trades, allowing them to choose the price they’re willing to buy or sell at, rather than placing a market order that is subject to the pricing at the time of the trade.

The bid-ask spread is worth a close look when buying or selling a security, particularly if it’s an investment with low liquidity. Some assets such as large-cap stocks may have so much supply and demand that the spread is barely noticeable, while other securities such as micro-cap stocks or certain bonds may have spreads that make up a noticeable percentage of the asset’s price. 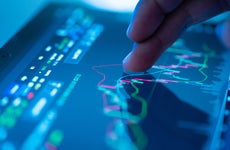 What is a stock exchange? 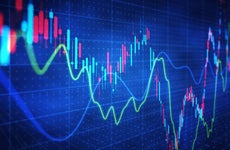 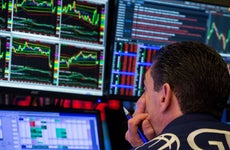 Cboe Volatility Index (VIX): What is it and how is it measured? 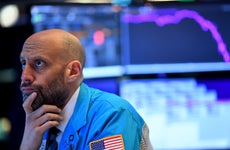 Pre-market trading: What it is and how it works