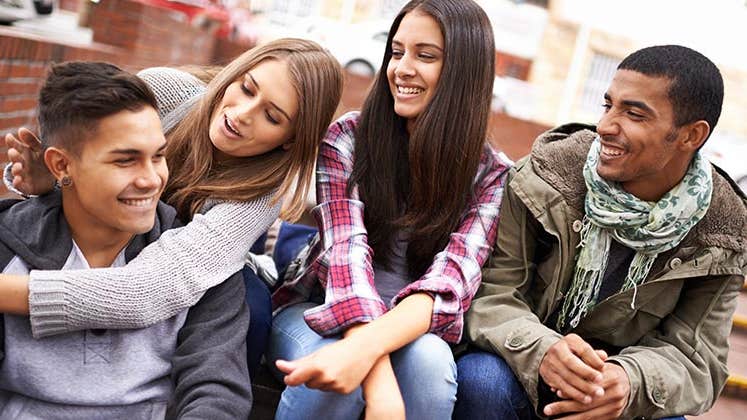 Despite a more than 7-year bull market that’s still going after challenges including Brexit, 54% of Americans don ‘t invest, a new Bankrate Money Pulse survey finds. And, younger millennials are the age group most likely to stay out of the stock market.

In our survey, just one-third of all millennials — ranging from age 18 up to age 35 — say they invest in the market, either directly by buying stocks or through mutual funds or a retirement account. At the younger end, only 18% of those between 18 and 25 are investing.

Many millennials say they can’t afford it

When we asked millennials why they don’t invest, the most popular response, chosen by 46%, was that they don’t have the money.

“Seeing a cut in my paycheck, even though it was very small” was a reason not to participate in a workplace retirement plan, says 22-year-old Bethia Feldman, who works at an early childhood program in Oneonta, New York.

In your early 20s, managing your money can be daunting. “I don’t know what to think,” Feldman says. “I hear so many things from my parents, from work, from (my boyfriend).”

But she says she’s glad she ultimately enrolled in the retirement plan: “I think it’s a good thing to plan for the future.”

Feldman’s 28-year-old boyfriend, Dan Rorick, says a lack of funds keeps him from investing. But if he did have some extra cash, he wouldn’t put it in the stock market. Instead, he says he would look at alternative investments, such as precious metals or bitcoin.

“I’m very much into having as much control over my life as possible,” says Rorick, who owns a smoothie and snack shop as well as a small farm in Oneonta.

“My parents took the word of other people more than they should have,” he says. “Now my dad is very wary about touching his money — he’s getting taxed on a lot of that income. It’s very discouraging as far as being able to enjoy the last years of your life.”

Don’t know much about stocks and bonds

Benjamin Havey, a 20-year-old junior at the State University of New York at Purchase, north of New York City, says a shortage of funds is just one reason he doesn’t invest. Another is that he lacks knowledge.

He stashes money from freelancing as a musician into a savings account, which doubles as his emergency fund. He admits that he knows almost nothing about the stock market. “It’s probably safer for me to save my money now and invest some portion of my savings later,” Havey says.

In the survey, the second most common explanation cited by millennials who don’t invest is that they don’t know enough about stocks.

“Many millennials don’t know what a 401(k) is; they’re hazy on the difference between individual stocks and mutual funds,” says Mary Beth Storjohann, a CFP professional and the owner of Workable Wealth in San Diego.

Storjohann doesn’t buy the conventional wisdom that millennials shy away from investing after having watched their parents go through the financial crisis. “In my experience, (millennials) aren’t leery — they’re uneducated,” she says.

A false sense of optimism may keep some millennials out of the stock market, says Charlie Harriman, a financial adviser with Cloud Financial in Huntsville, Alabama.

Younger people believe double-digit returns are typical, he explains. “Since they’re in their 20s they think they don’t have to hurry to invest. Older generations are a little more educated. They were a part of the financial crisis so they’ve seen and experienced the down side of what the markets can do.”

Older millennials are far more likely to invest than their younger counterparts. Bankrate found that 44% of those between the ages of 26 and 35 say they currently have money in stocks, either directly or indirectly.

However, investing is even more popular among other age groups. For example, slightly more than half of Generation X Americans — those between ages 36 and 51 — say they have money in stocks.

Bankrate’s Money Pulse survey was conducted June 16-19, 2016, by Princeton Survey Research Associates International with a nationally representative sample of 1,000 adults living in the continental U.S. Telephone interviews were conducted in English and Spanish by landline (500) and cellphone (500, including 225 without a landline phone).