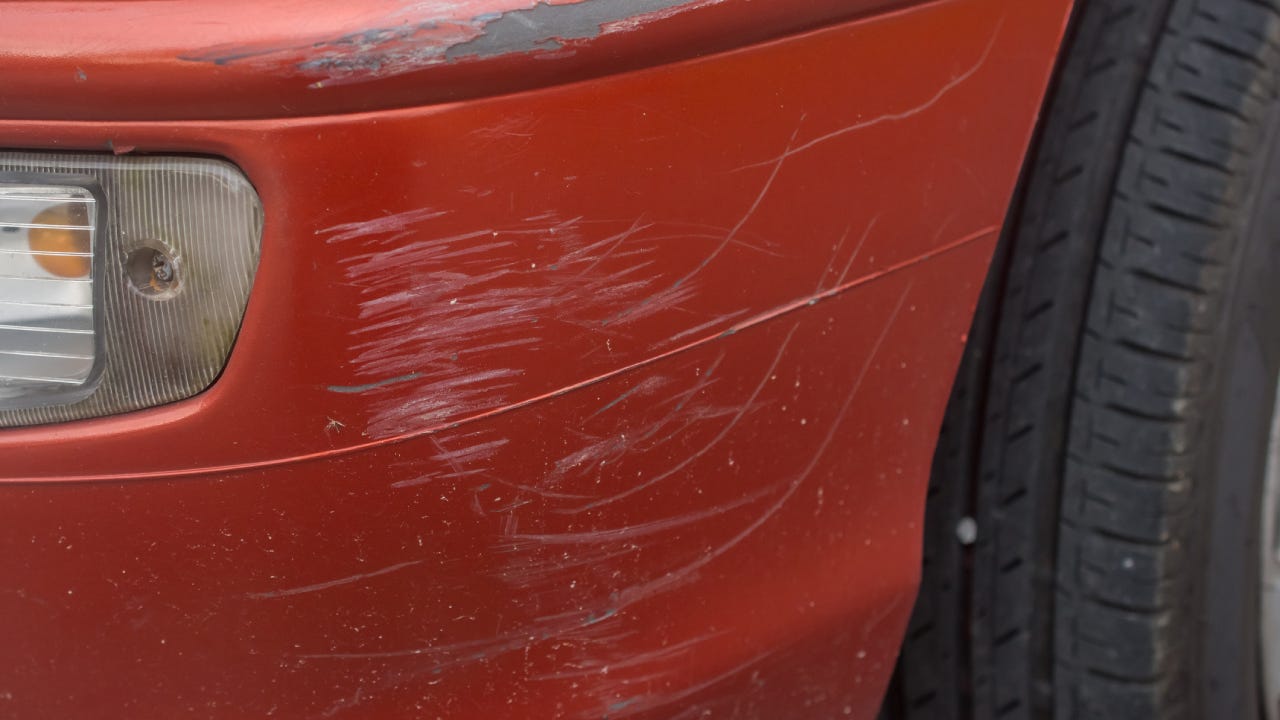 It’s typically an easy call if you’re in an accident that totals your car: you contact your auto insurance company. But what do you do if something happens that causes a scratch or minor dents? Is it worth making an insurance claim? Does car insurance cover minor damage? Often, the answer is “yes, but…”. Your insurance may cover minor damage, but it might not be cost-effective to file a claim if the damage can be fixed for a reasonable cost without it.

Does car insurance cover scratches and dents? First, what constitutes minor damage? Scratches and dents may mar the paint job on your car or lead to imperfections, but they do not impede its operation. So it would likely be considered minor damage if someone keyed your car or road debris flew up and left a mark or dent on the finish, for example. If the damage is significant enough that you can’t drive your car, you should have it taken to a repair shop immediately.

In most cases, collision or comprehensive coverage could be used to pay for minor damages if you have them. However, it’s important to consider your deductible in weighing whether the claim is worth it. Say your minor damage totals $150, but you have a $500 comprehensive or collision deductible. In that case, your insurance would not kick in and you’d pay the full cost out of pocket. If you only carry your state’s minimum insurance requirements, you won’t have this type of coverage. For vehicle damage, you’d need a full coverage insurance policy.

When does car insurance cover scratches and dents?

As the name suggests, collision coverage pays for damage if you collide with another car or an object, like a light post or mailbox while driving. Comprehensive covers damage that happens to your car in any mishaps other than collisions. Examples of comprehensive claims might include a tree falling on your car, vandalism or a hail storm breaking the windows.

Here are some other possible scenarios, and how you might pay for them:

When does car insurance not cover scratches and dents?

There are some cases where car insurance will not cover scratches and dents. In these scenarios, it wouldn’t make sense to file an insurance claim and you would have to pay for repairs out of pocket. Some examples include the following:

Should you make a claim for a scratch or dent?

Just because you can file a claim on a scratch or dent doesn’t mean you should. Filing a claim may lead to an increase in your premium unless you have accident forgiveness. And if the damage is truly minor, it may not make sense to file because it could cost less to fix than the amount of your deductible.

For example, if a shopping cart bumps your car and leaves a scratch with an $100 estimate to fix, filing a claim wouldn’t make sense if your deductible is $500. However, if damage from an incident amounts to a more significant repair cost, like $1,000, you may want to file a claim because it is more than your deductible.

If there are any injuries in an accident, even if they seem minor at the time, you should get a police report and let your insurer know about the accident. Sometimes, an injury that seems minor may become something more serious after the fact and unless you let your insurance company know in a timely manner, they could refuse to pay out on a claim.

What if I scratch another car?

If the damage is minor and both you and the other driver agree on who is at fault, you may be able to avoid involving insurance. However, if you worry that the other driver might change their mind later and submit a claim, contacting your insurer right after the accident might be better.

Are scratches expensive to fix?

The cost to fix a scratch or dent will depend on the extent of damage experienced. Your costs may differ significantly from someone else’s for similar damage depending on your area, vehicle type and repair shop. Get several quotes from reputable repair shops, if possible, before approving any fixes.

Will I be covered for scratches and dents if I only carry minimum insurance?

If you only carry your state’s minimum liability requirements, you won’t be covered for damage to your car unless it is the other driver’s fault (and then, your damage should be paid by their policy, not yours). To protect your car, you may want to consider full coverage insurance, which includes comprehensive and collision coverage.

Should I always contact my insurance company after an accident?

Unless you do not plan on filing a claim, it’s a good idea to let your company know you’ve been in an accident, especially if other cars are involved. That way, your company can be prepared if the other driver later files a claim against you.