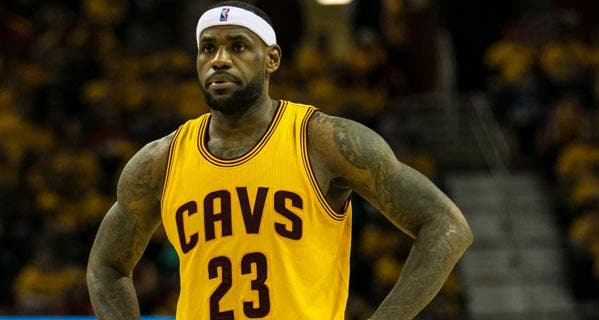 LeBron James and the Cavaliers fell short in their NBA title quest, but Cleveland made out like a tax champion.

City officials say they pocketed almost $1.4 million in ticket taxes for the three finals games the Cavaliers hosted at the Quicken Loans Arena, popularly known as The Q.

The money came from Cleveland’s 8% city admissions tax, which applies to tickets sold through the Cavaliers’ box office as well as on tickets purchased online.

The higher price of playoff tickets obviously helped increase the tax take, as did the fact that the Cavaliers played the maximum home games in the professional basketball league’s championship final round.

NBA ticket taxes, however, are not the only way Cleveland wins. The Q, part of a larger city revitalization effort in the 1990s, also is home to other area sports franchises and hosts a variety of concerts and special events. When those performers and athletes come to town, the city also collects via its jock tax on a portion of their pay.

Such entertainment options, as well as the potential tax revenue, helped sell Ohio voters on the alcohol and tobacco taxes used to get the project off the ground 25 years ago. And despite the lack of a major sports title, Cuyahoga County voters last year approved extending those sin taxes for 20 more years to pay for maintenance and upgrades to the region’s NBA, NFL and MLB facilities.

Now the Cavs are seeking more taxpayer support for a planned overhaul of The Q.

Sin and other sales taxes are commonly used to help fund sports facilities.

But these types of taxes are inherently regressive. They hurt the poorest consumers, who must pay a larger percentage of their income to purchase the taxable products.

And in addition to being inequitably distributed, opponents of such a funding mechanism say that the public money is used to support what are essentially vanity projects of very rich owners.

But wait. There’s more to argue against using tax dollars for sports venues. As my Bankrate colleague Mark Hamrick recently noted, taxpayer-supported stadiums are a bad deal. He cites a recent analysis that finds that sports stadiums in particular do not generate much economic activity when it comes to earnings for the area, jobs or even tax revenues.

Still, governmental jurisdictions and their sports-loving fans across the country are almost begging to underwrite such projects. Why? Because sports involve much more than just dollars, at least when it comes to those who love the games.

I must admit that when the hubby and I lived in Maryland, we voted to allow use of some of our state taxes to build a new stadium that became home of the two-time NFL champion Baltimore Ravens. We had seen the Baltimore Colts literally moved out of town in the middle of the night and, dang it, we wanted another football team whatever the cost! We’re back in Texas, but are still fans.

For all you long-time readers who are confused that I, a native Texan back in the Lone Star State, support a Maryland football team, here’s the deal: We lived almost 20 years in the Old Line State. It was easy to root for the Baltimore Colts, then the Ravens, since they were and are in the AFC, not in the NFC like our beloved Dallas Cowboys.

And about those Cowboys. Owner Jerry Jones did pay most of the more than $1 billion it cost to build the new home for America’s Team. So private funding of professional sports facilities can happen.

But take it from me, a lifelong Cowboys fan, the price can be even dearer than the tax costs. You get someone like Jerry as your team’s owner!

Have you ever voted to spend tax dollars on a sports team? Do you think it paid off?