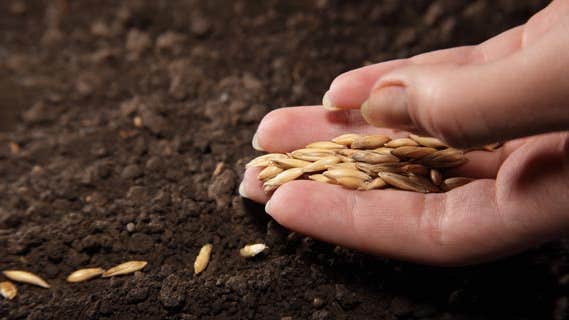 As the flowers begin to blossom in the coming months, we may see benchmark interest rates begin to pop up, too, after their prolonged dormancy. Minutes released from the Federal Reserve’s December meeting suggest we could be on-track for an interest rate hike this spring or summer.

According to the minutes, most Fed policymakers thought the Federal Open Market Committee wouldn’t begin raising rates “for at least the next couple of meetings,” in keeping with comments made by Chair Janet Yellen at her news conference. Meetings are scheduled for this month, March, April and June. Fed officials still hold out the possibility that they could pull the rate trigger sooner, rather than later, depending on how the economy performs.

Europe: A problem or not?

The minutes indicate concern about possible U.S. trouble related to Europe’s economic woes. There was no mention of Europe in the statement released immediately after the Dec. 16-17 meeting, and no use of the words “global” or “international.” But the minutes say many FOMC members “regarded the international situation as an important source of downside risks to domestic real activity and employment …”

John Canally, chief economist with LPL Financial, says Fed leaders may have prevailed in keeping Europe out of the statement. “The ‘center of gravity’ at the Fed (Chair Yellen, Vice Chair Fischer and New York’s Dudley) are not as concerned as the rest,” explains Canally.

In the end, FOMC members thought “the downside risks were seen as early balanced by risks to the upside,” the minutes say.

With the unemployment rate sinking to 5.8 percent in October and November, Fed officials seem to be generally pleased with progress in the job market. The meeting minutes note “solid job gains and a lower unemployment rate.” Policymakers thought that “over the medium term,” the economy should move further toward “maximum employment.”

Translating that, economic projections issued by FOMC members after the December meeting look for a range in the jobless rate of 4.9 to 5.4 percent in 2016.

With inflation generally running well short of the Fed’s 2 percent target, the minutes reveal that the central bank is prepared to raise rates anyway. FOMC members indicated last month that they see core inflation — which excludes food and energy prices — running no higher than 2 percent through 2017.

The minutes acknowledge that “lower energy prices and the stronger dollar (are) likely to keep inflation below target for some time.” Still, “it was noted that the Committee might begin normalization at a time when core inflation was near current levels.” FOMC members indicated they’d need confidence that inflation would return to 2 percent “over time.” Clearly the Fed remains fluid.

“I am not so sure I’d count on them adhering to their 2 percent inflation target,” says Marilyn Cohen, president of Envision Capital Management. On an interest rate hike Cohen says, “Bring it on and get it over with.”

Risks from a rate hike

Is the economy about ready for the first increase in interest rates since 2006? Jeffrey Rosen, chief economist with Briefing.com, says a possible rate hike is “a risky move.” Given all of the attention that Yellen has paid to the job market’s weakness, pulling the rate trigger too early could have unintended consequences, Rosen says. “A premature rate hike could increase unemployment and slow down an already weak recovery.”