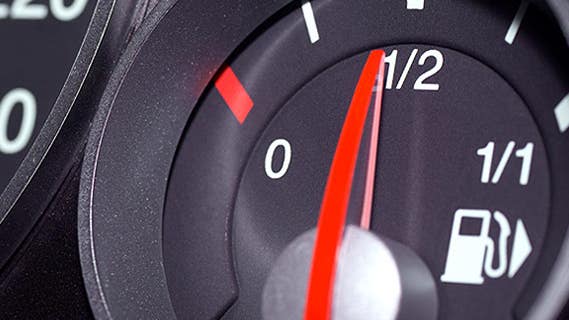 Falling oil prices have been a mixed blessing for the U.S. economy, hurting the key oil-producing parts of the country but generating optimism elsewhere, according to the Federal Reserve’s latest regional roundup.

The new Beige Book survey has been released ahead of this month’s meeting of Fed policy-setters. It finds that the stunning collapse in oil prices is having a negative impact on the Dallas and Kansas regions.

However, the central bank continues to see only limited fallout from the slide on the oil markets, says John Canally, chief economist for LPL Financial. “The Fed makes policy for the nation as a whole, and nationwide, their view is that oil prices are a plus for economy,” he says.

Economist Robert Brusca says the Fed would rather refer to the “down side” from oil in the Beige Book than in the official post-meeting statement. “The Fed has told us that the economy is recovering steadily, moderately. Do not let any facts get in the way of the perceived truth,” says Brusca, with Fact and Opinion Economics.

The Fed, led by Chair Janet Yellen, is widely expected to begin raising interest rates sometime this year. At the December meeting, the Federal Open Market Committee said it could be “patient” in boosting rates.

Jobs growing, but wages? Not so much

The job market — a major focus for the Fed — continues to improve, but substantial improvement in Americans’ paychecks has not been seen. The Beige Book says while payrolls expanded “moderately,” significant wage gains “were largely limited to workers with specialized technical skills.”

The Labor Department reported that 252,000 jobs were added to payrolls in December, but wages declined during the month.

“Wages will likely pick up modestly later in the year if the recent pace of job gains of 225,000 to 250,000 a month continue,” Canally says. The lack of wage growth is one reason why inflation has continued to run below the Fed’s 2 percent target.

The report says most districts reported a “modest” or “moderate” pace of growth in the economy.

Just hours after the Commerce Department reported a surprisingly weak December retail sales report, the Fed says “consumer spending increased in most districts with generally modest year-over-year gains in retail sales.” With the auto industry enjoying the best results since before the recession, car sales saw “moderate to strong growth” compared to a year earlier.

Footprints of the nearly 50 percent drop in the price of oil were seen most clearly in reports from the Dallas and Kansas City Fed districts.

Amid some layoffs, contacts in the Dallas region expressed “more uncertainty and generally less optimism in outlooks than in the prior report” with “several industries expressing concern about the impact of lower oil prices on the District economy.”

The Kansas City district told of slight growth. Oilfield services firms there expect future drilling activity, employment and capital expenditures “to be significantly lower in response to lower oil prices.” The price of crude oil was recently around $46 a barrel, the lowest since April 2009.

The Fed report indicates that low interest rates are failing to produce growth in the housing market. Single-family real estate sales and construction were largely flat on balance across the country. Compared to a year earlier, home sales “declined somewhat” in the Boston, Cleveland, Atlanta, Chicago, Minneapolis, Kansas City and Dallas regions. On the other hand, commercial real estate activity expanded across most of the U.S.

The upcoming Fed policy meeting is scheduled for Jan. 27-28.