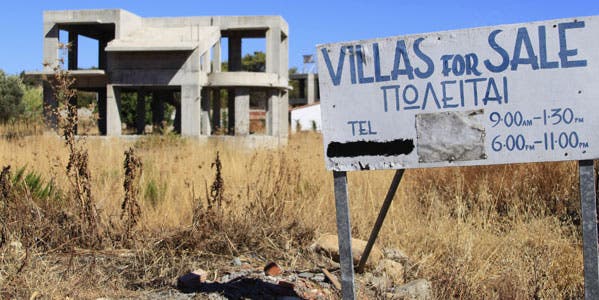 Federal Reserve policymakers viewed Europe’s economic slowdown as a risk for the U.S. when they huddled in Washington last month. More broadly, newly released minutes reveal that members of the Federal Open Market Committee continued to discuss the timing of an eventual interest rate hike.

With 20 days to go before the next policy meeting, the minutes shed additional light on the complicated debate surrounding the timing of a rate increase, expected in 2015. How will officials, led by Fed Chair Janet Yellen, communicate their plans and execute their strategy? It all appears to remain very much a work in-progress.

Concern about a strengthening dollar

According to the minutes, FOMC members “expressed concern that the persistent shortfall of economic growth and inflation in the euro area could lead to a further appreciation of the dollar and have adverse effects on the U.S. external sector.”

Economist John Canally with LPL Financial says the greenback’s strength may be an easy target of blame for international corporations during the upcoming third-quarter earnings reporting season. “Firms that execute poorly will blame the dollar,” he says. A stronger dollar can make it more difficult for U.S-based companies to compete on price with their foreign counterparts.

Concerns about struggling economies abroad, particularly in Europe, are shared by international finance officials. This week, the International Monetary Fund cut its outlook for 2015 world growth. IMF officials have also said the risk of a recession in Europe is growing.

According to the minutes, some FOMC members believed that the first rate increase should come sooner than currently expected. “Several participants thought that the current forward guidance regarding the federal funds rate suggested a longer period before liftoff, and perhaps also a more gradual increase in the federal funds rate thereafter, than they believed was likely to be appropriate given economic and financial conditions,” the minutes state.

In the statement released after the September meeting, officials said: “It likely will be appropriate to maintain the current target range for the federal funds rate for a considerable time” after asset purchases end this month.

But the minutes say that a “concern was raised that the reference to ‘considerable time’ in the current forward guidance could be misunderstood as a commitment rather than as data dependent.”

Canally says he believes officials may want to “move away from time dependence to data dependence.” Previously, the Fed had pegged low rates to a 6.5 percent unemployment rate. Officials continue to express concern about “slack” in the job market, including the number of  people working part-time who would like full-time work, and those who have been unemployed six months or longer.

Last week, the Labor Department reported that the unemployment rate stood at 5.9 percent in September, well below the Fed’s now-disregarded threshold.

Doug Handler, economist with research firm IHS, said after looking at the minutes, “We still expect the Fed to end its period of near-zero rates in June 2015, but the pace of increase after that could be very muted.” Stock market investors apparently agreed, giving the Dow industrials average a triple-digit advance after release of the minutes.