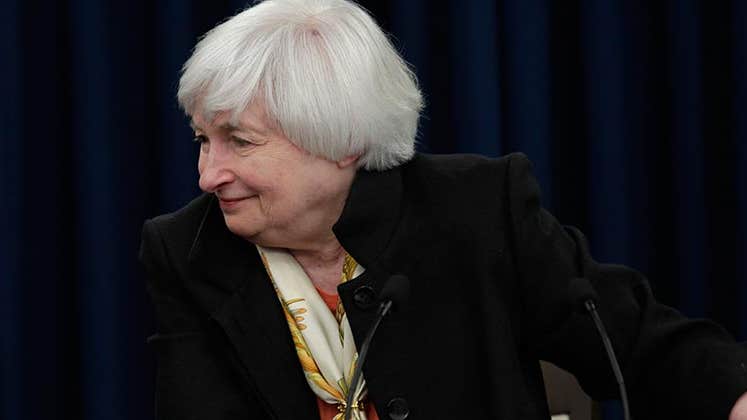 The government’s last jobs report gave the Federal Reserve’s rate-setting panel a jolt that set off worries about the health of the job market.

“Almost all participants judged that the surprisingly weak May employment report increased their uncertainty about the outlook for the labor market,” the FOMC minutes say. “Even so, many remarked that they were reluctant to change their outlook materially based on one economic data release.”

Curt Long, chief economist of the National Association of Federal Credit Unions, agrees with that stance. “It was only one report, and a solid one on Friday would put it firmly in the rearview mirror,” he says, referring to the June jobs data scheduled for release at the end of this week.

Brexit worry may have been prescient

It wasn’t just the jobs report that had the committee wondering whether it was time to boost the federal funds rate, the rate at which banks and credit unions lend reserves to each other.

The committee thought that it would be smart to wait for the outcome of the Brexit vote — on whether Britain should exit the European Union — to see what effect it might have on global market conditions and the U.S. economic outlook. British voters chose to leave the EU.

“The minutes reflected a cautious stance that was certainly warranted in light of the Brexit outcome. There was disagreement over nearly every aspect of the economy, from the labor market to consumer spending to inflation,” Long says.

And, if the Fed had had a crystal ball to see this week’s Treasury yields fall, along with the British pound and euro against the dollar, that might have served as an even bigger worry. And, Britain’s break with the EU is just beginning.

“The British Pound has slumped to a 31-year low against the U.S. dollar,” Dave Alison, founding partner and investment adviser of Prosperity Capital Advisors in Ohio, says of the market’s flight to safety.

Fed: Inflation? What, us worry

As in most recent Fed minutes and other reports, the concern about inflation eclipsing the central bank’s 2% target remained muted.

“Inflation had continued to run below the committee’s 2% longer-run objective, partly reflecting earlier declines in energy prices and in prices of non-energy imports,” the minutes say.

RATE SEARCH: Weighing certificates of deposit? Check out the the CD rates today at Bankrate.com.

That doesn’t mean there weren’t participants who were ready for a rate hike from the 0.25% to 0.5% range that is now in place.

“Some of them emphasized that, with labor market conditions and inflation at or close to the committee’s objectives, taking another step in removing monetary accommodation should not be delayed too long,” the Fed minutes say.

Greg McBride, CFA and chief financial analyst for Bankrate.com, says the Fed is reluctant to raise rates, though there’s a collective feeling among committee members that the economy is edging closer to full employment.

“They are essentially waiting for a set of perfect conditions, which we are not seeing now, giving them further latitude to hold rates steady,” McBride says.