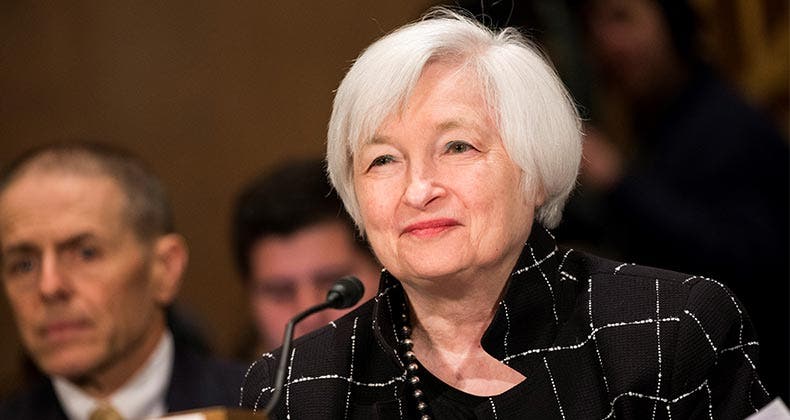 The Federal Reserve has kept short-term interest rates unchanged while implying that a rate hike could come as early as next month.

At the end of a two-day meeting on Wednesday, the Fed’s rate-setting Federal Open Market Committee held the target for the federal funds rate at 0.25-0.5 percent. Policymakers said in a statement that while hiring has been solid and economic growth has been picking up, inflation remains sluggish.

“The Committee judges that the case for an increase in the federal funds rate has continued to strengthen but decided, for the time being, to wait for some further evidence of continued progress toward its objectives,” the statement said.

The Fed will take another crack at interest rates in mid-December.

RATE SEARCH: Rates are still low, so shop for a home equity line of credit today.

Investors had expected the central bank to hold the federal funds rate in place. The decision to keep rates where they are is “no surprise,” says Greg McBride, CFA, Bankrate’s chief financial analyst. “The Fed punts any interest rate move until the December meeting. With the election looming and uncertainty already gripping markets, the Fed needed to hold off in case there is a Brexit-like aftermath.”

The Fed says it’s reluctant to tighten monetary policy until the inflation rate hits 2 percent, and inflation hasn’t been that high in years.

The committee’s favored inflation measurement is the (take a deep breath) “personal consumption expenditures chain-type price index less food and energy.” Fed nerds call it core PCE, and core PCE has stubbornly remained under 2 percent since the third quarter of 2008, except for when it blipped upward to 2.1 percent in the first quarter of 2012 and quickly fell back. It was 1.7 percent in the third quarter of this year.

RATE SEARCH: Make a better home by getting a home equity line of credit today.

Debate at the Fed

If the majority of the rate-setting committee had its druthers, the Fed would wait until the inflation rate fluctuates around 2 percent, sometimes above that target and sometimes below it, says Steven Kyle, associate professor of economics at Cornell University.

But the FOMC has inflation hawks who would prefer to fit a choke collar on inflation before it starts growling loudly.

In the committee’s previous meeting in September, three members wanted to raise the federal funds rate by a quarter of a percentage point to keep inflation on a tight leash. They were outvoted by seven other members. This time, two members voted in favor of a rate hike, including Loretta Mester, president of the Federal Reserve Bank of Cleveland.

In a speech in September, Meister said she expects inflation to continue to rise, and she noted that the Fed’s monetary has “long and variable lags.”

“This means policy actions need to be taken before our policy goals are fully met,” she said.

One of the committee members who has been voting to keep rates unchanged is Lael Brainard, a Fed governor who is rumored to be on the short list to become Treasury secretary if Hillary Clinton wins the election. In a speech in September, Brainard made a case for only gradually raising interest rates because the domestic and global economies seem to have settled into a “new normal.” An element of the “new normal” is that full employment doesn’t seem to exert as much upward pressure on inflation.

Brainard said “recent developments suggest some reason to be concerned more about undershooting than overshooting” inflation. “Thus, we cannot rule out that the sustained period of undershooting the inflation target along with global disinflationary pressures are weighing on inflation expectations,” she added.

For their part, inflation hawks seem to scorn the notion of a “new normal.” In her speech, Mester said: “Policymakers need to recognize that it is possible for the structure of the economy to change, but they should not throw out all that’s been learned from past experience or be led astray by thinking this time is completely different.”