A jobs report to shout about

This is one you where you don’t need to cover the ears of the kids. A 3-letter word seems appropriate when looking at the latest jobs report: “Wow.”

The much-better-than-expected October report released by the Labor Department appears to raise the chances of an interest rate hike coming from the Federal Reserve before the end of the year.

The government says employers added 271,000 jobs last month, the most in nearly a year. At the same time, the unemployment rate slipped to 5%, the lowest since spring 2008. 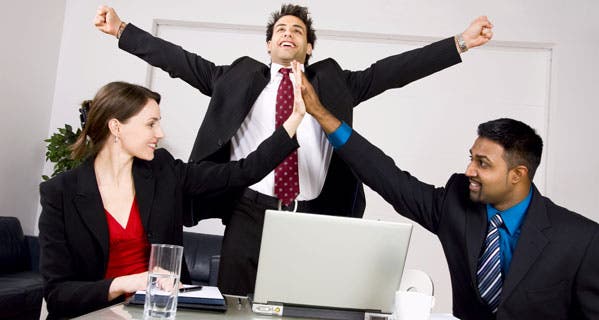 That earlier referenced “wow,” comes from Brad McMillan, chief investment officer for Commonwealth Financial Network. “There are no real weak components here,” he says. “This is even more meaningful in that it comes after a couple of weak reports, and suggests those were just a short-term slowdown, rather than a change of trend.”

Other key points in the report:

An eyebrow raiser for the Federal Reserve

The strong jobs report makes the case for an interest rate boost before we flip the calendar to 2016. Still, the Federal Reserve needs to see the November jobs report issued a month from now before it huddles at the mid-December meeting. “Although there is still some time (and much data) to go before the December meeting, this report raises the odds of a move by the Fed at that FOMC meeting, in line with our outlook,” says UBS economist Drew Matus. The announcement from Chair Janet Yellen and her colleagues is slated for 9 days before Christmas.

As for your money …

Even if the Fed does finally hit the interest rate switch for the first time since 2006, it would likely only be up 0.25%. Rates will remain at historically low levels, and the future path of rate hikes is expected to be slow over time. Nevertheless, now is a good time to make sure you have your borrowing needs in order if the cost of funds is on the verge of moving off record low levels.