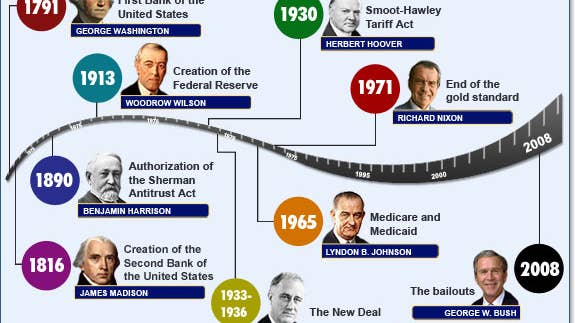 Creation of the First Bank of the United States

The First Bank of the United States was Alexander Hamilton’s brainchild and America’s first attempt at a central bank. After the Revolutionary War, the newborn nation had wartime debt to pay off. To make matters worse, the Continental Congress’ money was considered worthless, according to the Minneapolis Federal Reserve. The states owed part of the total debt, and they made their own currencies.

Hamilton, then the Treasury secretary, proposed to President Washington the idea of a central bank that would assume the total wartime debt — including the states’ — and print a national currency. After many debates in the legislative and executive branches, Washington signed the bill to create the First Bank of the United States. The wartime debt was eventually paid off, but in 1811, the congress voted against renewing the bank’s 20-year charter by a margin of one vote.