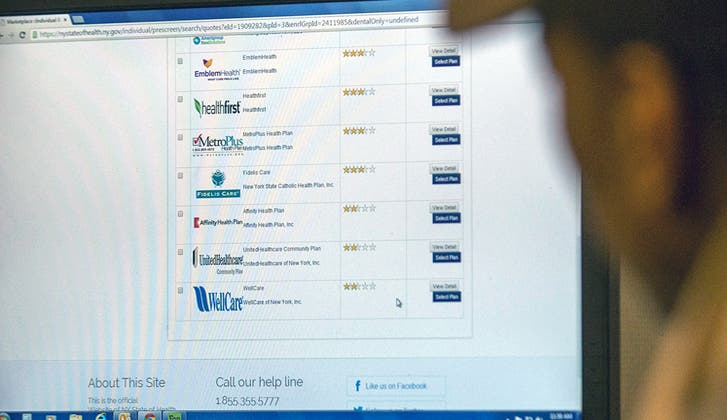 If you are one of the 7.3 million Americans who purchased health insurance through HealthCare.gov or one of the other health exchanges during Obamacare’s inaugural open enrollment period, it will soon be time to decide whether to renew or replace your policy.

“You really do have to pay attention,” says Deborah Chollet, a senior fellow at Mathematica Policy Research in Washington, D.C.

Save on health insurance by comparing quotes from insurers

Mid-December deadline for making a switch

This year’s open enrollment period runs from Nov. 15, 2014, through Feb. 15, 2015, three months shorter than last time. If you have a plan from the previous enrollment season and want to replace it, you’ll need to act by Dec. 15 to avoid a possible lapse in coverage in the new year.

HealthCare.gov and many state-built exchanges will automatically renew your plan for another year (provided the same plan is still offered) or enroll you in a similar one — without any action on your part. If you don’t like the updated premium or benefit changes on the renewal form your insurer sends you this fall, you can select a new plan, either through the exchange or on the private market.

Health experts agree that the work-in-progress nature of exchange-based plans and pricing, combined with network volatility as hospitals and physician groups jockey for limited network slots, make this the wrong year to sit idly by while your policy auto-renews.

“The policy you’re being renewed into may not be exactly what you selected,” Chollet says.

Reasons it may be time for a change

Here’s why your current plan may no longer be right for you.

1. Subsidy changes: If you’re among the vast majority of exchange-based policyholders who qualified for a federal tax credit to make your plan more affordable, that subsidy may change depending on the mix of policies offered on your state exchange this year. If your plan’s new premium exceeds your area’s second-lowest midlevel, or “silver,” plan (the benchmark used for determining subsidies), you may have to pay the difference.

2. Plan changes: If your plan’s monthly premium jumped or your cost-sharing or prescription drug coverage changed for the worse, a better plan may now be available.

3. Network changes: Doctors and hospitals are on the move these days, consolidating and renegotiating with insurers. If your health care providers disappeared from your plan’s network, they now may be in-network on a different plan.

4. Circumstantial changes: If your family size or annual income changed this year, you need to report that to your exchange to ensure you continue to receive the correct tax subsidy. Failure to stay current could alter or even end the subsidy help you receive for premiums, deductions, copayments and coinsurance.

5. Your plan is canceled: If your insurer drops your exchange plan, it will offer you another plan available in your area. Or, you could choose a plan from one of your state’s other insurers. But if you don’t act, the exchange may auto-renew you to the next closest fit.

Whatever hand the exchange deals you, time will be of the essence this fall.

“Those facing a big premium jump because of a change in the marketplace or their policy are going to have to act on it quickly if they want to choose a new plan,” Chollet says.

Fortunately, a recent Kaiser Family Foundation analysis of upcoming premiums in major cities in 15 states and Washington, D.C., forecasts fairly smooth sailing for exchange shoppers this year. Plus, unlike last year, you can now window-shop policies before open enrollment begins.

“On the benchmark silver plan, we found a slight overall decrease (0.8 percent) in the average price of premiums,” says Cynthia Cox, the senior policy analyst who led the study. “We’re also seeing about the same or slightly more plans offered state to state this year.”

While nine markets showed premium increases, six of those were modest 1 percent to 3 percent jumps. The cost of a benchmark plan has fallen in the other seven markets.

Most areas in the Kaiser survey will have five or more insurers offering exchange plans, with three markets boasting 10 or more.

Nationally, the Department of Health and Human Services says shoppers can expect 77 more insurers to be represented on the exchange this year, a 25 percent increase over the first open enrollment.

Lynn Quincy, associate director of health reform policy for Consumers Union, the policy and action arm of Consumer Reports, says health care reform has made shopping for a plan easier than ever before.

“The Affordable Care Act did a lot to standardize coverage, which means there are fewer traps and tricks waiting for consumers,” she says. “Things like out-of-pocket maximums, which used to be very holey with all these exceptions, have been pretty much addressed.”

Going uninsured or outside the exchanges?

But beware if you plan to simply drop coverage altogether or shop for an individual plan on the private market, as both can be problematic.

If you opt to shop outside the exchange, you’ll need to find a policy that meets the federal definition of “minimum essential coverage” to avoid the individual mandate penalty. Even if you do, you won’t be eligible for the premium tax subsidy or the reductions in out-of-pocket costs available only through the exchange.

Best bet for the befuddled?

“Shop around,” advises Cox. “You may save money, and it would definitely be worth checking to see that your health care providers are still in your network.”