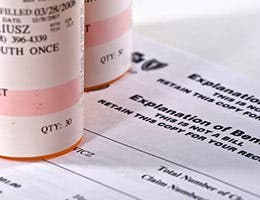 How to spot and stop health insurance scams

Medical and health insurance scams are rampant. Both government and private initiatives have renewed their focus on preventing health insurance fraud and abuse. Michael Williams, director of communications and membership of the National Health Care Anti-Fraud Association, says new and better technology, improved awareness, and more widely available information combine to combat fraud. Williams adds that while the majority of physicians run honest practices, consumers must also step up to the plate to prevent fraud.

“Pay attention, do your research, read your EOBs (explanations of benefits) and beware of free offers,” he says.

Read on to discover some of the most common health insurance scams making the rounds and ways experts like Williams say you can guard against becoming another victim. 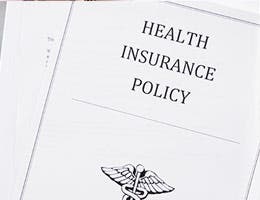 “These crooks come out of the woodwork and promise affordable premiums, no medical exams and guaranteed acceptance,” Quiggle says, adding that the criminals who offer worthless policies often operate through sophisticated networks with strong marketing arms and money-laundering components. Many times they can be tied to organized crime.

Often, these con artists target small businesses, unions and associations. It’s only when a policyholder needs the insurance that the game’s up.

How to spot the scam: Use common sense, says Quiggle. Check with your state’s department of insurance to see if the company is properly licensed. And remember, if it seems too good to be true, it most likely is.

What to do: If your policy is through an organization, report fraud to someone within the organization. Also, report the fraud to the Federal Trade Commission at FTC.gov and your state’s department of insurance. 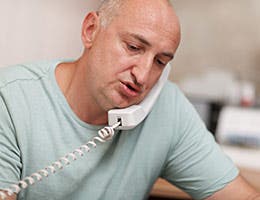 With the phased-in implementation of the Patient Protection and Affordable Care Act, known more commonly as Obamacare, hucksters by the thousands have surfaced. Reports of program-related scams have flooded in from all over the country, according to Thomas M. Devlin, chief deputy attorney general for the Health Care section of the Pennsylvania Attorney General’s office.One prominent health insurance scam involves the criminals calling victims and trying to con them out of personal information.

“Be aware that the government is not going to solicit information over the phone or through email,” he warns.

How to spot the scam: Any effort to solicit information from you for national health care should be regarded as suspicious. Don’t respond to emails, and hang up on the callers.

What to do: Report your complaint to the Federal Trade Commission. 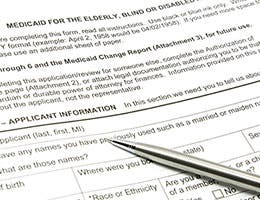 The Coalition Against Insurance Fraud says that in 2007 alone, Medicare and Medicaid made an estimated $23.7 billion in improper payments. Medicare accounted for $10.8 billion of that amount. However, as baby boomers get older, the number of seniors joining the program is expected to grow, so those numbers are expected to rapidly expand.

Although these don’t necessarily impact the patient out of pocket, it can come back to haunt patients who really do need a medical procedure at some future point, and who could be denied the service based on false evidence. And, of course, there is also the moral issue of ripping off taxpayers.

“Ask questions as a consumer: ‘Why do I need this (procedure)?’ Get the answers upfront,” says Young.

How to spot the scam: While explanations of benefits, or EOBs, can be complicated, always read through them.

What to do: If you spot an error, contact your insurer, either Medicare or Medicaid. 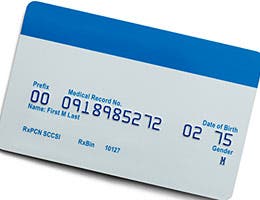 A few years ago, the state of California joined Massachusetts in taking on the sellers of unscrupulous medical discount cards. Presented as a substitute for health insurance or a way to obtain discounts for everything from eye exams to dental work, the cards target mostly poor communities and are often useless. Experts say they expect to see more of these offers in the future.

These cards provide fake lists of providers, phony discounts, and high fees that aren’t readily apparent and often mimic health insurance but provide no actual benefits. Ads for them can be found all over the Internet and in print and televised media. Dr. Deborah C. Peel, a physician and founder of the nonprofit Patient Privacy Rights, says beware when those selling such cards try and get you to divulge personal information, like your Social Security number.

“Always question why someone needs that information,” Peel warns.

How to spot the scam: If you find a discount card you like, research it. If you discover complaints, hidden fees, false or overblown promises, or exorbitant costs, run fast in the opposite direction.

What to do: If you’ve already signed on with a company that’s sold you a bogus discount card, contact your local state department of insurance. 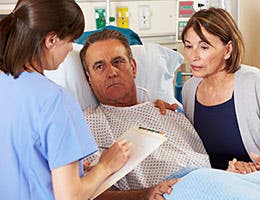 Quiggle says lack of workers’ compensation coverage is particularly rampant in certain industries, such as construction.

“When a worker falls off the roof and wakes up in the hospital, he ends up finding he’s not covered by workers’ comp,” Quiggle says. It’s a rude awakening to a health insurance scam in which the employer is the culprit.

How to spot the scam: Your employer should be happy to provide copies of its policies and procedures for on-the-job injuries. If it hasn’t or if another worker has an accident and finds he or she isn’t covered, then you probably aren’t covered, either.

What to do: Report this health insurance scam to your state department of insurance.