Changes ahead for health care

“The broad consensus is that we need to move away from an outdated fee-for-service system that rewards volume and toward a system where doctors and hospitals are rewarded for improving quality, value and health outcomes,” says Robert Zirkelbach, spokesman for America’s Health Insurance Plans, or AHIP, an industry trade group.

While this year’s five major reforms lay the groundwork for a more efficient and sustainable health care system, “from the patient perspective, a lot of this is behind the scenes,” says Dr. Glen Stream, president of the American Academy of Family Physicians.

One change some consumers will welcome: a rebate check from those health insurers that failed to spend a sufficient portion of premiums directly on patient care last year.

A giant wrecking ball still hangs over this construction site, however: the Supreme Court decision on a 26-state constitutional challenge to the health reform. The justices will take up the issue in late March and are expected to rule by late June.

Here’s what lies ahead for health care reform in 2012. 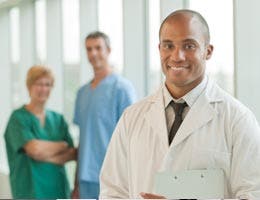 On Jan.1, the Affordable Care Act started providing a financial incentive for physicians, hospitals and health care providers that voluntarily join together to form Accountable Care Organizations, or ACOs, and coordinate care for patients with original Medicare. Under the law, those that demonstrate improved quality and outcomes in care, lower costs and patient priority will share the savings with the Medicare system.

ACOs are expected to save Medicare $960 million over three years, according to HealthCare.gov.

“This addresses one of the main issues, which is the excess cost that we have compared to other first-world countries,” says Dr. Stream.

Today, more than 50 percent of Medicare patients have at least five chronic conditions, which may include diabetes, arthritis, hypertension and kidney disease, according to HealthCare.gov.

Zirkelbach says ACOs can both drive down the costs of working with multiple doctors and improve care.

“We have a readmissions crisis in this country, particularly in Medicare where 30 percent of patients that are discharged from hospitals end up back in the hospital within 30 days,” he says. “A lot of that has to do with the fact that there is no incentive to ensure that they’re getting the appropriate follow-up care.”

ACOs are designed to change that. 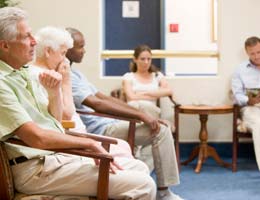 Not all Americans have equal access to or similar outcomes from health care, according to HealthCare.gov. Depending on your race, ethnicity or income level, you may have a higher incidence of certain diseases, fewer treatment options and reduced access to care and insurance.

Countering decades of disparity is a tall order, but the Affordable Care Act aims to do so by accelerating data collection, funding community health centers, increasing racial and ethnic diversity in the health care professions and, by 2014, providing affordable health insurance for all through insurance exchanges.

“More and more health plans are tracking (these) data to first identify and then help address these gaps in care,” says Zirkelbach.

“It’s a huge issue,” says Anna Lambertson, executive director of the Kansas Health Consumer Coalition, a statewide advocacy group in Topeka, Kan. “Health disparities include women’s access to health insurance and being charged higher premiums because of gender. If we can find a way to help people navigate the health care system so they are not going to the ER to receive routine care, we can actually lower costs.” 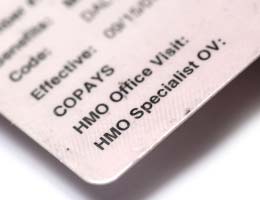 The biggest impact from health care reform consumers may feel in 2012 is actually the result of an initiative that began last year called the medical loss ratio, or MLR. This formula requires health insurance companies to spend at least 80 percent of their premiums on direct medical care or quality improvement or 85 percent for large group-based plans. Those that don’t meet the mark must provide a rebate to policyholders.

“The rebates start June 1, and they have to have them issued no later than August 1,” says Laurie Sobel, senior attorney for Consumers Union. “The National Association of Insurance Commissioners estimates that Americans would have received nearly $2 billion if MLR had been in effect in 2010.”

Zirkelbach’s AHIP constituents aren’t delighted with the MLR. “Those so-called administrative expenses are going to the types of investments and programs that patients want, that improve care and prevent fraud and make the system work better, like ACOs,” he says.

However, Sobel applauds the MLR.

“It’s going to provide a lot of relief for consumers,” she says. “We’re seeing some movement with insurance companies actually lowering premiums or holding down increases in anticipation of this rule.” 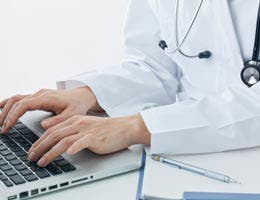 Health care remains one of the few industries still tied to paper records. The new law kicks off a series of changes to usher in electronic records.

“We’re missing some serious tools here,” says Mark Savage, senior attorney at Consumers Union, who has been working on electronic records since 2009.

“The analogy I use is: What if the Federal Reserve Board did not have electronic access to the economic information in the various banks during the financial crisis?” he says. “And what if all the information they requested got faxed back to them, which is what doctors are doing? It would have been a nightmare.”

Dr. Stream says the savings from nonduplication of services alone could be staggering.

“Say a patient comes to me with a painful knee, and I take an X-ray. And tomorrow, their knee is worse, and they go to the emergency room. If the ER physician can’t see the X-ray I did yesterday, they’re going to do another X-ray. The patient is going to get double X-ray exposure and double expense,” he says. “If you can make that information available, it helps both on cost and patient safety.” 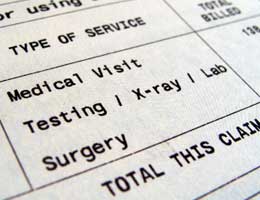 Another piece of health care reform that starts in 2012 under the law is Medicare’s new Value-based Purchasing program, or VBP, which is designed to improve the quality of patient care by linking provider payments to the cost and quality of the care they provide.

It also requires that hospital performance statistics be made publically available for the first time.

“VBP is a broad category that incorporates a lot of things like bundle payments,” says Zirkelbach. “For instance, in defined situations like a knee replacement, instead of paying a doctor for every service they provide to replace a knee, they get paid a lump sum to replace somebody’s knee. So there’s an incentive for them to do it as efficiently as possible while also providing high-quality care, as opposed to a fee-for-service arrangement where there is an incentive to do more tests and procedures because there is more money involved.”

Dr. Stream calls VBP the payment paradigm of the future.

“The idea is: Pay better for quality medical groups and doctors who have low infection rates (and) high scores on quality measures for care of diabetes, asthma, heart failure, low hospital readmission rates,” he says. “We should be paying for quality — meaning value — as opposed to just volume.”