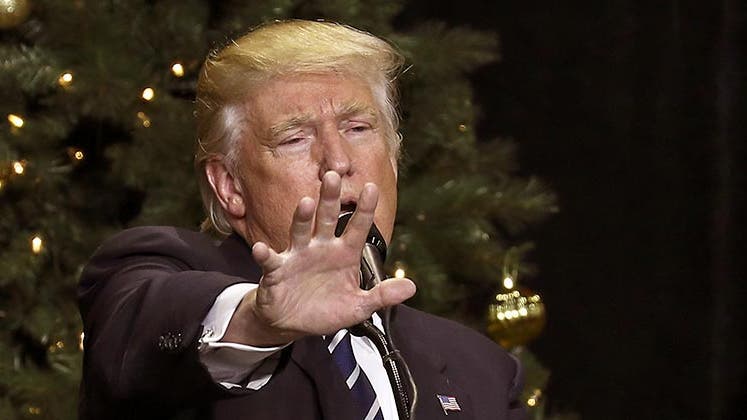 When it comes to the economic policies the new presidential administration will adopt, Federal Reserve Chair Janet Yellen has said the nation’s central bank is “operating under a cloud of uncertainty.”

She may well have been talking about the Fed’s own future under President Donald Trump.

But Yellen demurred repeatedly during a press conference in late 2016 when asked about how her job and that of the Fed’s rate-setting committee might change under Trump.

“I do intend to serve out my four-year term. I haven’t made any decision about the future,” Yellen said. “I recognize I might or might not be reappointed. It’s a decision I don’t have to make and don’t have thoughts on at this time.”

Here’s what we know will occur: Two seats on the Fed’s seven-member Board of Governors already are vacant, and the new president has the prerogative to fill them, pending Senate confirmation. And a third governor, Daniel Tarullo, announced he will leave the central bank “on or about” April 5.

Further, both Yellen’s and Vice Chairman Stanley Fischer’s leadership terms are set to expire in 2018. Their Board of Governors’ terms extend beyond that, but board members who exit leadership typically resign their seats.

If that occurs, Trump appointments would make up a majority of the board, which is responsible for regulating banks and helps set the nation’s monetary policy.

Trump has not said what type of person he’s looking for when it comes to a board appointment, but he was highly critical of the Fed during the campaign, saying it held interest rates low for too long (to favor Democrats, no less) and created an equities bubble. The Trump administration has interviewed David Nason, the president and CEO of GE’s financing arm, as a possible board appointee, the Wall Street Journal reported.

The case for the status quo

Some experts expect things at the Fed to carry on in the trajectory they have been heading, meaning higher interest rates to come, as is favored by conservative economists, but there will be no great shake-up.

That means, in McBride’s estimation, a rapid acceleration of interest rate hikes is unlikely.

In December, the Federal Reserve projected it could increase short-term interest rates as many as three times in 2017. That more hawkish approach — which in the short term could impact how much interest consumers pay on credit card balances and how much savers earn on certificates of deposit — may be what Trump wants, said Steven Gattuso, CFA, an assistant professor of economics at Canisius College in Buffalo, New York.

“There’s the potential for rates to be rising certainly faster than they are with the current Fed,” Gattuso, a financial planner at Courier Capital, said.

But, he said, an increasingly aggressive Fed coupled with any stimulus spending Trump proposes — he’s called for both broad tax cuts and a large infrastructure package — “could heat up” inflation quickly.

“If the rates rise faster than the economy can absorb, that certainly could tip the economy into recession,” Gattuso said.

Indeed, the Federal Reserve this month bolstered language in its statement following its latest policy meeting suggesting they would be looking closely for evidence inflation is picking up.

“There are a lot of unknowns, more unknowns than any previous transition,” Chang said. “The only thing I can really say is that Trump’s a business person, and I think most of the business people are at least hopeful that the decisions that he makes will be good for the economy.”

RATE SEARCH: Store you cash safely today with a certificate of deposit.

Will Trump radically change the Fed?

It’s a suggestion President Ronald Reagan considered in 1980, but later abandoned after meeting then-Fed Chair Paul Volcker, whom he later re-appointed to the top leadership post.

Trump has not said what his plans for the Fed are, but Gary Cohn, head of the White House National Economic Council, has been critical of the Fed’s role in regulating banks.

Meanwhile, Yellen has not said if she expected to encounter an attempt to change the Fed’s structure.

“I’m not going to offer the incoming president advice about how to conduct himself in policy,” she said. “I’m a strong believer in the independence of the Fed. We have been given the independence by Congress to make decisions about monetary policy … and that is what I intend to stay focused on.”

Trump may prove more hawkish than people expect — and that could force borrowers to pay more in interest charges — but could he restructure the Fed by his words alone? That’s one lingering unanswered question.

“I do think that tweeting and off-the-cuff comments aside, the Fed is still going to be subject to the same Monday morning quarterbacking from Congress,” McBride said. “But as long as they have the ability to operate without any political constraints, I think that’s the key point.”