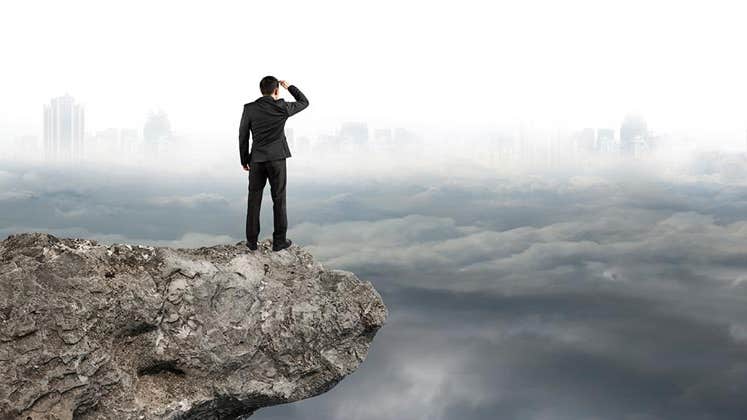 Get ready for “liftoff.”

Economists overwhelmingly agree that the solid jobs report for November released earlier this month was the final signal needed for the Federal Reserve to raise interest rates for the first time in nearly 10 years.

In her recent public appearances, Federal Reserve Board Chair Janet Yellen has strongly indicated rates will start to rise. She has indicated that the federal funds rate, the Fed’s benchmark interest rate, will be lifted gradually from its current record-low level of near 0%. The initial rate hike is widely expected to come Wednesday, at the conclusion of a 2-day monetary policy meeting.

“Yellen is 100% committed to liftoff,” says Diane Swonk, chief economist at Mesirow Financial. “The only thing that would further delay liftoff now is an extraordinary geopolitical event, which is not improbable, given the world in which we live.”

In testimony to Congress this month, Yellen highlighted steady economic growth, recent gains in wages, increased household spending and falling unemployment as signs of strength. She said ongoing job gains should push inflation up, another indicator the Fed was waiting for.

A rate hike is a long time coming

Yellen told Congress as early as July that the first rate hike since 2006 was likely to happen before the end of the year.

But even with the economy growing at a steady — if unremarkable — clip, and unemployment dropping, the Fed waited through the summer and fall as inflation remained below the central bank’s 2% target, manufacturing was weak and the financial markets went through volatility amid a series of global jolts.

While Yellen has acknowledged that the economy’s future is “uncertain,” she also has warned that delaying rate hikes for too long could eventually force the Fed to raise rates rather sharply.

“Such an abrupt tightening would risk disrupting financial markets and perhaps even inadvertently push the economy into recession,” she told the congressional Joint Economic Committee.

Dennis Lockhart, president of the Federal Reserve Bank of Atlanta, has been even more pointed in predicting a rate hike this time around. “I feel the case for liftoff is compelling,” he said during a speech early this month in Florida.

Savers benefit, at least a little

Any rate increase will be good news for savers, especially the retirees Yellen often mentions who have long been pleading for better returns. Even a small hike would boost the rates offered for money market and certificate of deposit accounts, though rates paid to savers will still remain low by historic standards.

“Rates are not likely to rise as fast as they would like,” Swonk says. “The economy just isn’t that hot yet.”

Meanwhile, borrowers who have waited to take advantage of low rates, along with anyone holding adjustable-rate mortgages or carrying balances on variable-rate credit cards, will feel the pinch of a rate hike.

“The biggest implication for consumers is going to be rising financing rates,” says Lindsey Piegza, chief economist at Stifel Fixed Income. “It will be more expensive to get a loan, finance a car or make a home purchase.”

Even so, borrowing costs will stay very low, relatively speaking. The prime lending rate, a benchmark for consumer loans, has long sat at 3.25%. Ten years ago, the prime was at a loftier 7.25%.

Some of the increase in loan prices may be tempered a bit by weaker home prices. If rising interest rates make homebuyers more cautious, sellers may find themselves cutting their asking prices.

“Ironically, consumer credit markets are easing, which suggests that access to credit and credit usage will actually rise as interest rates creep higher,” Swonk says. “This is usual for the onset of a tightening cycle and much overdue for this particular cycle.”

Not everyone is convinced that if the Fed finally pushes the liftoff button, it will mean the start of multiple rate increases.

Piegza, who very recently still put the chances for a rate hike at 50%, doesn’t expect a steady rise. Yellen has been “very clear that they are going to remain data dependent,” Piegza says, but officials’ most recent comments have pointed more to expectations for employment and inflation gains than the data.

“What we continue to hear from the Fed now is that they’re basing it on their expectations alone,” Piegza says. “It’s a little disingenuous in terms of their justification for a rate increase.”

The Fed risks its credibility if there is no rate hike this year, she adds, but there’s a greater risk if they have to reverse course. “If they have to cut rates after policy liftoff, they would essentially admit a mistake.”

That’s why, Piegza says, if there is a rate hike, “it’s likely we see ‘one and done’ for quite some time, as the data does not justify a series of rate increases after the initial liftoff.”