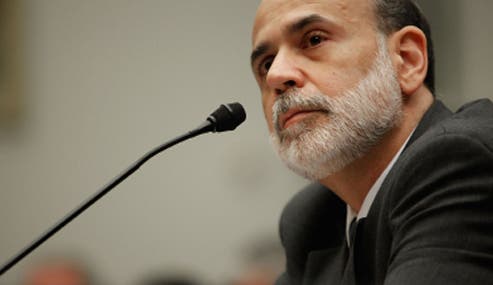 After the Federal Reserve-induced volatility that has roiled stock and bond markets since late May, this week’s meeting of the Federal Open Market Committee may provide a bit of tranquility — until the next meeting, in September, which features a news conference.

Though no changes are expected on monetary policy in the July 30-31 meeting, investors and Fed-watchers may be curious as to whether the policy statement will contain any allusions to diminishing the $85 billion-per-month asset purchases.

At the news conference following the June meeting, Federal Reserve Chairman Ben Bernanke set the tentative trajectory, given the Fed’s economic forecast at the time, for the potential timing of a slowdown in bond buying. He said it might happen “later this year.”

Reasons for the Fed to speak softly

Since the June meeting, Bernanke has softened the talk of reducing bond purchases. His testimony before Congress in mid-July indicated that the timing of a slowdown in purchases is data-dependent. “Our asset purchases depend on economic and financial developments,” Bernanke told Congress on July 17. “They are by no means on a preset course.”

“Given the negative reaction he’s gotten from even hinting about cutting back on the Fed’s asset purchases, he’ll have all kinds of reasons for saying nothing new or exciting, other than that they are still not happy with the way the economy is performing,” says William F. Ford, a former president of the Federal Reserve Bank of Atlanta and current professor of economics and Weatherford chair of finance in the Middle Tennessee State University.

Michael Gayed, co-portfolio manager of the ATAC Inflation Rotation Fund, or ATACX, agrees that the Fed has an incentive to not say much. “I do think the Fed got very scared when the taper discussion began,” he says.

“Financial markets — really not in the U.S., but overseas markets — acted quite violently as yields started to spike; emerging markets started falling aggressively, and the currency market turned more volatile than it had been,” Gayed says. “I think the Fed got concerned about some potential systemic risk that their words were creating.”

This week, Fed watchers can expect more of the same. “Meaning probably some continuation of the Fed’s confuse-and-conquer strategy, whereby some Fed governors argue that tapering needs to happen sooner rather than later and are effectively countered by Bernanke saying, ‘Don’t worry about tapering, it’s not going to happen,'” Gayed says.

“We’re going to be stimulating for a while, and probably also I think you’ll see some further distinction between stimulus and the taper debate. The idea being that even if they were to taper, say, from $85 billion to $80 billion, it’s still $80 billion. It’s still stimulus,” Gayed says.

At the first mention of tapering in May, financial markets went a little berserk, prompting a spike in Treasury yields that took mortgage rates up with them, a direction that turned decisive following the June news conference.

“Homebuilders have been the source of reflation, and the spike on mortgage rates that has happened on this taper talk is causing bets on housing to actually decrease. Whether that factors into what the Fed discusses is not clear,” says Gayed. “But anything that happens with the Fed is very dependent on what happens with the continuation of the housing story.”

Now that economic recovery seems to have taken hold, the trickiest part of the equation might surround how the Fed unwinds the stimulus. Particularly if rising rates dent the burgeoning housing recovery.

“It’s very hard for an organization that acts on data to really precisely say, ‘Here is our strategic goal and policy and we promise, we are not going to change it,” says Ernie Patrikis, partner at the New York law firm of White & Case and former general counsel for the Federal Reserve Bank of New York. “It’s the change from a statistic to a date that gets people roiled.”

Despite the unprecedented transparency into the workings of the central bank, investors still are left guessing how and when the Fed will begin backing out of quantitative easing, the name for the bond-buying program. That leaves room for volatility in financial markets.

“In terms of the incoming data, it’s basically a random variable. It’s unpredictable,” says William Poole, a senior fellow at the Cato Institute and a former president and CEO of the Federal Reserve Bank of St. Louis.

Stressing that he has no inside knowledge of what the Fed is doing, Poole says: “It’s unpredictable. It is like saying the Fed is reacting to random noise. From the markets’ perspective, the Fed’s response in unpredictable and the economic data is unpredictable, so you have random variables piled one on top of the other.

“Markets will remain quite volatile until the Fed settles on a long-term policy,” Poole adds. “Not one that is keyed off of short-term variables.”