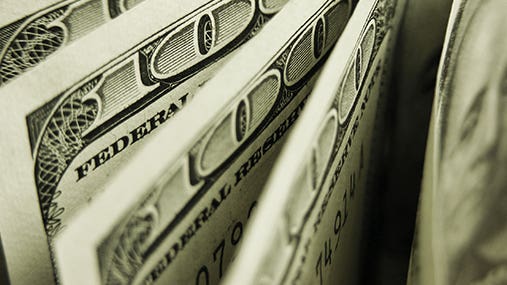 How ‘no taper’ affects your money

If you’re getting ready to get a mortgage soon, you’ll be pleased by the Federal Reserve’s decision to keep buying $85 billion a month in bonds. If you’re a saver, then you’ll see more of the same low yields.

And if you’re about to buy a car or charge up your credit cards, the Fed won’t move those interest rates for a while.

Since November 2008, the Fed has embarked on three rounds of quantitative easing, in which the central bank buys bonds of various types to reduce long-term interest rates and keep them low. The goal is to encourage businesses and consumers to borrow and spend, thus spurring the economy.

The current round of quantitative easing, dubbed QE3 because it’s the third, began a year ago, when the Fed pledged to buy $85 billion a month in bonds: $45 billion in Treasuries and $40 billion in mortgage-backed securities.

There had been speculation that the Fed would cut back on the bond purchases at its September meeting. But the Fed said it won’t reduce the pace of bond purchases until the employment picture improves. Here is how the continuation of QE3 will affect various consumer interest rates.

The Fed has done a huge a favor to mortgage borrowers by not scaling back its bond-purchasing stimulus program now.

Mortgage rates eased last week immediately after the Federal Reserve announced that it would continue to purchase $85 billion a month in Treasury and mortgage bonds. Investors and economists had expected the Fed to pull back on purchases starting this month.

That could have caused mortgage rates to climb by about a quarter of a percentage point, says Paul Edelstein, director of financial economics at IHS Global Insight.

But instead of being slapped with higher rates, borrowers and potential refinancers were given a reprieve as rates trended down.

“Take this little break you have been given and lock,” says Michael Becker, a mortgage banker for WCS Funding in Baltimore. “For refinancers, this little drop in rates can make a difference. Take a look at the numbers again and see if it makes sense to refinance now.”

The Fed hasn’t ruled out tapering the stimulus program this year. That means rates could spike again when the Fed meets in October.

Rates on home equity lines of credit, or HELOCs, won’t be affected by the Fed’s move as these rates are tied to the prime rate, which is tied to the federal funds rate, Becker says. The Fed has kept the key interest rate near zero percent since 2008.

Auto loans rates could inch down but likely won’t be largely affected by Wednesday’s Federal Reserve decision to not cut back on its bond-buying spree.

“I wouldn’t expect it to affect auto sales much,” Edelstein predicts.

But interest rates could go down slightly because the market was expecting the Federal Reserve to taper its bond-buying program. The lack of a slowdown could bid up the prices of bonds and, in turn, lower interest rates.

“The market is forward-looking, and they’ve already priced it in,” said David Nice, associate economist at Mesirow Financial in Chicago.

Edelstein says the Fed still is likely to taper the bond buying in December, so a huge impact is unlikely.

Credit card rates won’t be affected by the Federal Reserve’s decision not to reduce bond purchases.

“There is technically no direct connection between tapering and credit card rates,” says Moshe Orenbuch, managing director at Credit Suisse.

Lenders typically add a margin to the prime rate, such as 2 percentage points, to determine the annual percentage rate, or APR, on credit cards.

Other factors within a consumer’s control also determine credit card APRs. Consumers with higher credit scores and better payment histories will qualify for cards with lower rates, while those with lower scores and spotty payments will get a higher rate.

Of course, credit card rates don’t matter if the entire balance is paid off each month, because issuers offer a grace period from the APR. In that case, consumers effectively get a zero percent interest rate.

Until the central bank takes steps to reduce asset purchases, certificate of deposit rates will remain very low. That’s because CD rates are more strongly influenced by the federal funds rate, in general. Longer-term CD rates do follow Treasury yields to some extent. But for CD rates to see any significant improvement, yields on comparable Treasury securities would have to move higher and stay there.

“The mechanism that will make (CD rates rise) is that when the interest rate gets high enough, large depositors will transfer to five-year Treasury securities. When that starts happening, (banks and credit unions) will start raising rates,” says Bill Hampel, senior vice president of research and policy analysis and chief economist for the Credit Union National Association.

Rates on the short end of the yield curve, CD maturities of less than one year, won’t really go anywhere until the central bank starts manipulating the federal funds rate, or gets close to it.

Fixed-interest instruments that trade on a secondary market, such as bonds, are more immediately affected by Federal Reserve actions, but they also respond to economic data. The yield on the benchmark 10-year Treasury fell after the Fed’s announcement Wednesday but went back up again after new economic data showed an improvement in home sales.