One of our readers, Adam, recently emailed to ask for some advice. He was declined for the Delta SkyMiles® Platinum American Express Card and wants to know if he’s a good candidate for the American Express® Green Card. He’s interested in a travel credit card and, more specifically, earning Delta SkyMiles.

The SkyMiles Platinum card gives 3 miles per dollar spent on Delta flights, Delta Vacations purchases and direct hotel bookings. It also awards 2 miles per dollar at U.S. supermarkets and restaurants and 1 mile per dollar on everything else. The annual fee is $250. Additional benefits include free checked bags, priority boarding, a domestic main cabin round-trip companion ticket each year, a Global Entry/TSA PreCheck fee waiver and more.

The card is advertised for those with good to excellent credit (which roughly translates to credit scores between 670 and 850). When Adam applied, his credit score was 673, so he was a borderline candidate. Credit card issuers look at other factors, too, of course. These include income (Adam listed his at $17,000) and financial assets ($55,000 in Adam’s case). His denial letter listed insufficient income/assets as the primary reason he was turned down.

What not to do

Regrettably, he applied a second time and was rejected again. The second time, his credit score was 666. The hard inquiry associated with the first application was probably why his score was a bit lower. I wouldn’t have recommended the second application in quick succession. It would have been better to apply for a different card with better approval odds, hold off for a bit while attempting to raise his credit score or perhaps to call the American Express reconsideration line.

Better actions you can take

This last tip, which offers a way to plead your case to an actual human, works best if you have some new information that’s relevant to your application. One example is income you didn’t include on your initial application. Many people don’t realize that, besides regular wages, they can also include tips, bonuses, investment income, government benefits, child support payments, their spouse’s income and more. Sometimes, it’s also possible to get approved via the reconsideration line if you agree to reconfigure your existing credit lines, such as repurposing some of an existing credit limit (if you have a different card from the same company) onto a new card.

Adam seems to want to apply for a different card. Unfortunately, since he was turned down twice for the SkyMiles Platinum Amex, I don’t think his odds of getting the Amex Green Card are particularly high. That, too, is marketed to those with good to excellent credit. With a fair credit score and income/assets that were too low for American Express’ liking on the Delta card, I wouldn’t expect better results with the Green Card.

He also asked me about the Delta SkyMiles® Blue American Express Card. This card isn’t as fancy as the Platinum version—the rewards aren’t as generous, there aren’t as many extra perks and the annual fee is lower—but, still, the same credit score recommendation applies.

Use technology to your advantage

I think Adam should use Bankrate’s CardMatch tool to better understand what he’s likely to be approved for (potentially even prequalified). Using the tool is free and does not affect your credit score.

One card that I think he should pay attention to is the Capital One Venture Rewards Credit Card. It doesn’t directly transfer to Delta (as the Amex Green Card does), but cardholders earn a solid 2 miles on almost every purchase (5 miles per dollar on hotels and rental cars booked through Capital One Travel). Each mile is worth 1 cent toward travel, so Adam could essentially use this for a 2 percent rebate on every purchase and put those funds toward a Delta flight (or another form of travel).

The Capital One Venture plays in that same good to excellent credit space. Adam isn’t a shoo-in to be approved, although Capital One is generally viewed as catering to a wider range of applicants than American Express. I’m curious what CardMatch tells him about his chances to obtain this card.

If it’s a no-go, it’s probably a good time to take a step back and focus on improving his credit score before his next application. In addition to responsibly using the credit cards he already has, he could look into an alternative credit scoring system like Experian Boost (especially if his next credit card application will involve an Experian credit check).

And even if CardMatch gives Adam the green light to apply for the Venture card, I’d suggest waiting a few months to provide a little distance from those two recent hard inquiries.

While being turned down for a credit card isn’t fun, Adam has plenty of company. About 1 in 5 credit card applicants are rejected, according to the latest New York Fed data from Feb. 2022. But as they say, when one door closes, another opens.

The best responses to a credit denial are to be thoughtful about what you’re likely to qualify for and improve your finances so you’re a better candidate next time. Many people can significantly improve their credit score within six months (sometimes even less). Stay focused on the big picture. That denial could soon become a distant memory. 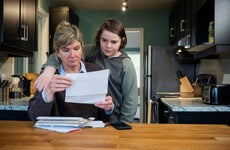 What to do when your credit card application is denied 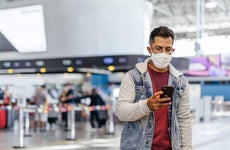 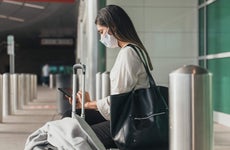 What does the Delta variant mean for travel credit cards? 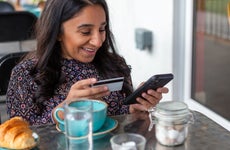 Guide to WebBank and its credit cards