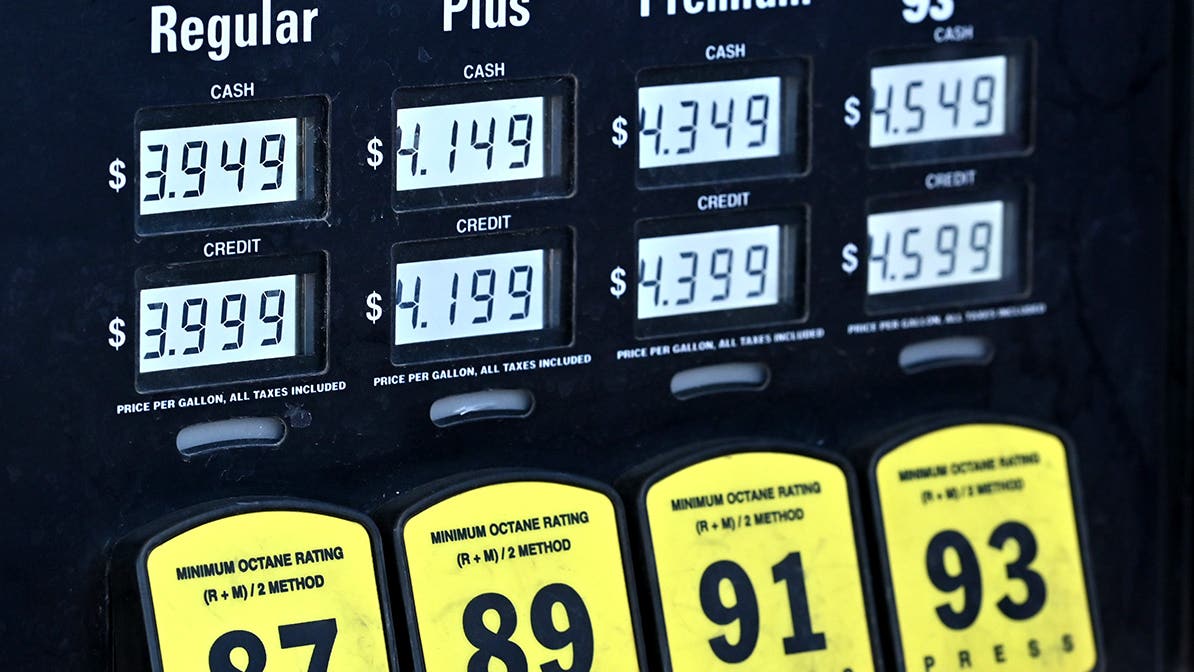 Gas prices have been on a shocking upswing, rising 48 percent over the past year and 21 percent over the past month, according to AAA. The national average for a gallon of unleaded gas was $4.27 as of March 18, down slightly from the record-high $4.33 set on March 11. In California, it was an obscene $5.80 (an all-time record).

The latest catalyst was Russia’s Feb. 24 invasion of Ukraine, but gas prices were already high for other reasons, including supply chain imbalances and strong demand as COVID cases receded.

Your best bet to save on gas is to use a gas rewards credit card—but it might not be the card you expect.

An obvious choice would be to sign up for a gas station’s credit card. However, most of these cards aren’t very lucrative. The typical discount is a mere 5 to 10 cents per gallon, according to a recent Bankrate analysis of 22 cards offered by 17 popular gas retailers.

These cards are even more forgettable if you ever plan to carry a balance. The average interest rate of the 22 cards we analyzed was 25.8 percent, much higher than the average credit card APR of 16.34 percent. You’ll rarely come out ahead if you carry a balance on a rewards credit card, but the math is particularly unfavorable for gas cards.

A much better choice would be to sign-up for a general-purpose credit card—that is, one that can be used much more widely—with lucrative gas rewards. My no-annual-fee favorites include:

In more normal times, most Americans should spend well below these limits. For example, in 2019, the average household spent $2,094 on gas, according to the Bureau of Labor Statistics. In 2020, that fell to $1,568 as the pandemic led most people to drive less. But with gas prices skyrocketing and more people returning to the roads for daily commutes and vacations, it’s a good time to seek out as many savings opportunities as possible.

Because these cards offer rewards as a percentage of your purchase price, they’re much more meaningful than the flat 5- or 10-cent per gallon discounts offered by gas stations’ cobranded cards; the advantage stays steady as prices climb.

Another good tip is to stack your credit card rewards with a gas station’s app. Most of the major brands have these. For example, Phillips 66 is offering 10 cents off each gallon for a limited time when you pay through their app. Elsewhere, discounts of 3 to 5 cents per gallon are more common. And you can save 10 cents per gallon via Shell’s app if you pay with your checking account (since those transactions are cheaper for the retailer to process).

At the grocery store

You can also stack gas savings by buying groceries and redeeming those points at the pump. Kroger and Albertsons are among the large supermarket chains that allow customers to rack up rewards on food shopping which can translate into gas rebates. This is a great example of getting money back from purchases you would have made anyway. You’ll benefit even more by using a rewards credit card.

It’s common sense to shop around for the best prices, but that can be easier said than done. I thought I recently found an amazing deal on GetUpside, but when I got to the station, the posted price was 90 cents per gallon higher than what the app was showing.

GasBuddy is another popular resource, but with prices changing so rapidly, it’s also having trouble keeping up with the latest information and the surges in website and app traffic. If you’re willing to link your debit card to GasBuddy’s payment card, you could save up to 25 cents per gallon.

Carry less junk in your trunk

The EPA says that your fuel mileage decreases by about 1 percentage point for every additional 100 pounds your car carries. If you’ve been using your trunk as a storage unit, find somewhere else to put those items.

The agency also says that your fuel mileage drops off rapidly as you exceed 50 miles per hour, so ease off the accelerator, lead foot. Avoid excessive braking and idling and consider using cruise control to smooth out your gas consumption.

Also, consider combining errands whenever possible. Working from home and cutting back on some outings could also make sense if you can.

Gas prices are one of the most obvious and frustrating examples of a troublesome trend: Inflation is running at its hottest pace in 40 years, the Bureau of Labor Statistics reports. Almost all Americans are noticing this trend, and a recent Bankrate survey revealed that about three in four say inflation is harming their personal finances.

Ultimately, we have a few choices. According to the Bankrate survey, the most common reaction is to cut back on some purchases to afford higher prices elsewhere. This makes sense at the household level, although it could hurt some sectors of our consumer-driven economy, particularly discretionary spending categories such as travel and dining. Others will surely cut into their savings or add to their debt. Many will probably end up doing all three.

Inflation is causing consumers to make hard choices. Revisiting your budget with an eye toward this new normal is a good first step. Additionally, seek out ways to save whenever you can. At the pump, that means a gas rewards credit card and perhaps a gas station’s payment app as well.