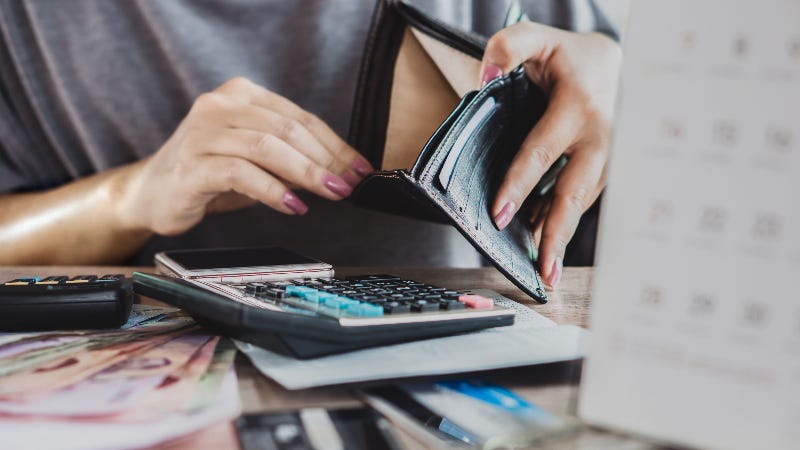 Over the past year, American consumers have seen record stock market highs, the lowest unemployment rate in 50 years and continued wage growth.

But they’ve also experienced trade war tensions, rising credit card delinquency rates, and increased uncertainty about the future. And as growth slows on the longest economic expansion in U.S. history, nearly a third (31 percent) of credit cardholders hold higher card balances than they’ve had on average since 2009 amidst the Great Recession, according to the latest survey from Bankrate.

Still, Americans are generally feeling optimistic regarding their credit cards as the new year approaches. Bankrate surveyed three main factors to determine how Americans’ relationships to their credit cards have changed over the past year: their ability to pay bills, stress related to credit card debt and maximizing rewards.

Compared to January 2019, the majority of cardholders say their ability to pay credit card bills on time is now about the same (55 percent), while 34 percent say it’s better and just 11 percent say worse.

Millennials are the cohort most likely to feel more positively about their ability to pay bills on time today, relative to the beginning of the year. Forty-six percent of millennials say they feel better compared to 35 percent of Generation X and 23 percent of baby boomers.

Similarly, the majority of cardholders feel about the same (44 percent) or less stressed (33 percent) about their credit card debt, while only 23 are more stressed.

Millennials are most likely to be more stressed now than they were at the beginning of the year. Thirty-one percent of the cohort reports feeling more stressed about their credit card debt today, while just 16 percent of baby boomers and 26 percent of Gen X say the same.

Among just those cardholders who have credit card debt, 36 percent feel about the same amount of stress as they did at the beginning of the year, 33 percent feel less stressed and 31 percent feel more stressed.

Of the three factors surveyed, cardholders are most likely to experience no change in how they maximize rewards compared to the beginning of the year. Sixty-two percent of people say they are maximizing rewards about the same as they have since January, while 20 percent are maximizing them more and 18 percent less.

Millennials, again, have improved the most. Thirty-one percent report maximizing rewards more, compared to 21 percent of Gen X and 12 percent of baby boomers.

If you’re in debt, credit card rewards should be far from your top priority, says Ted Rossman, industry analyst at Bankrate. Even a high-earning rewards card won’t cancel out the interest payment you’ll make on a card earning a 15 percent APR.

Once you’ve eliminated your debt, though, maximizing your rewards may be as simple as finding the right card for your spending habits, whether most of your monthly budget goes towards groceries or you want to rack up points as a frequent flyer using travel credit card offers. Think about whether you prefer the simplicity of cash back or strategizing with points and miles and decide if you’re willing to pay an annual fee. The perfect card for you, when used wisely, can help you save hundreds throughout each year on your spending.

Things are even more challenging for those who are in credit card debt. Among those in debt, 40 percent say their current debt is higher than usual over the past decade, 35 percent say it’s lower and 25 percent say about the same.

If your credit card balance hasn’t improved over the past year, or you’ve struggled to keep debt in check over the decade, begin changing your habits to form a lasting solution that will improve your situation in the new year and beyond.

“More than half of Americans are losing sleep over money issues, and a major reason is that they feel a lack of control,” Rossman says. “Take back control by putting some strategies down on paper and starting to execute against them. These could include signing up for a zero balance transfer credit card, taking on a side hustle, selling extra possessions and cutting expenses.”

Use a balance transfer card

One of the most effective ways to eliminate your debt quickly is with a balance transfer card offering zero percent interest for an introductory period.

Credit card interest rate averages continue to hover above 17 percent and many people pay upwards of 25 or 30 percent on some cards, often far exceeding the rates charged for auto and student loans.

“Being able to pause the interest clock for 15-21 months provides you with a powerful tailwind to get out of debt quickly at the lowest possible cost,” Rossman says. “Ideally, you’ll avoid putting new purchases on this card and will commit to paying enough each month that you’ll be completely debt-free by the end of the term.”

There are smaller tricks you can try to lower your debt balances and reduce your credit card-related stress as well.

Set up monthly reminders to both check your balances and make timely payments, or put your payments on autopay each month. Review your statements regularly to track exactly where your money goes. You can also reduce balances more quickly, cut your interest owed and lower your credit utilization ratio by making extra payments each pay period or whenever you have extra money available.

While much easier said than done, the most effective way to ensure your debt payoff is by making lasting changes to your spending habits. Develop a realistic budget to cut unnecessary expenses and look for ways to increase the amount you earn.

“I especially like cutting monthly expenses because those have a 12x impact versus doing the same thing one time,” Rossman says. “Take a close look at your recurring subscriptions (streaming, meal kits, etc.), your grocery spending, your dining out habits and your entertainment budget. Cooking at home or taking public transportation more frequently can also help you save money and funnel more towards your debt.”

Bankrate.com commissioned YouGov Plc to conduct the survey. All figures, unless otherwise stated, are from YouGov Plc. Total sample size was 2,557 adults, including 1,908 credit cardholders. Fieldwork was undertaken on October 16-18, 2019. The survey was carried out online and meets rigorous quality standards. It employed a non-probability-based sample using both quotas upfront during collection and then a weighting scheme on the back end designed and proven to provide nationally representative results.

Kendall Little is a personal finance writer who previously covered credit card news and advice at Bankrate. Kendall currently is a staff writer for NextAdvisor. She is originally from metro Atlanta and holds bachelor’s degrees from the University of Georgia in both journalism and film studies. Before joining Bankrate in August 2018, Kendall worked in digital communications throughout various industries, including education, health care and television.