Affirm just announced the first debit card to directly incorporate a pay-over-time option. In other words, it’s a debit card that works a lot like a credit card. The waitlist is open now, and broad availability is expected later this year.

Cardholders can either pay upfront with funds from their bank account, as with a traditional debit card, or over time with an installment plan offered by Affirm. The latter sounds a lot like the Pay It Plan It feature that American Express offers on many of its credit cards. Citi Flex Pay and My Chase Plan are similar offerings from competing banks. They essentially allow credit cardholders to set up installment plans to repay certain transactions on a predetermined schedule.

Affirm offers a few different payback options. Their marketing is heavy on terms like transparency, control and flexibility. They pride themselves on letting you know exactly how much you’ll owe and precisely how long it will take you to pay it off. Many customers see this as a more responsible way to take on debt. Open-ended credit card debt scares many people, especially young adults who already have substantial student debt burdens.

Sometimes Affirm has arrangements with individual retailers. Peloton represents almost a third of Affirm’s sales, and that partnership provides some customers with up to 39 months of 0 percent interest financing. Walmart, Kate Spade, David’s Bridal and Casper are other examples of well-known merchants that advertise 0 percent Affirm plans lasting at least three months.

When Affirm charges interest, the APR ranges from 10 to 30 percent over three to 39 months, so it’s important to review the fine print before committing. The company runs a soft credit check as part of its underwriting process. Someone with a favorable credit profile might qualify for an APR a little lower than the typical credit card’s 15.99 percent rate, whereas a riskier borrower might be charged much more.

Even before Affirm announced its own debit card, it was possible to use their service with any retailer that accepts Visa cards by obtaining a virtual card number from Affirm in advance. Those virtual card numbers are eligible for one use only. While full details are not yet available, it sounds like the Affirm debit card will make it easier to transact, no longer requiring a separate application for each purchase.

Debit cards have been hot

Visa reported debit growth of 21 percent in its most recent quarter, while credit card spending fell 3 percent from the prior three months. Government stimulus played a part, as did consumer behavior.

The tremendous uncertainty created by COVID-19 has made a lot of consumers more debt-averse. Some of this can also be attributed to a longstanding trend: many people are more likely to use credit for discretionary purchases like travel and dining out, whereas they prefer debit for everyday expenses such as groceries. The pandemic has crippled travel and entertainment while spending on necessities has surged, so the mix favors debit.

The buy now, pay later concept has been growing like crazy. Affirm reported $204 million in revenue last quarter, a 57 percent year-over-year increase. The company went public late last year and has a market cap of over $25 billion. Bank of America expects the buy now, pay later market will expand another 10 to 15x by 2025, which at the high end would equate to $1 trillion in transaction processing volume.

I see why people like buy now, pay later, and I think the industry has a bright future. But personally, I’d rather use my credit card like a debit card, not the other way around. Between rewards, fraud protection, other buyer protections (e.g., extended warranties and purchase protection) and building your credit score, I see many advantages to credit cards. Strive to pay your credit cards in full to avoid interest so that you can reap their other benefits. 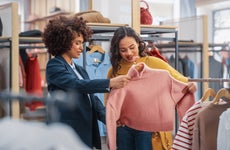 New U.S. Bank Shopper card might be the best option for big shoppers 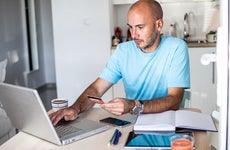 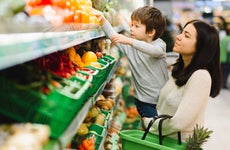 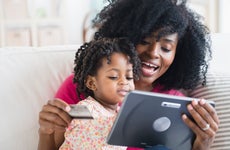