Walmart MoneyCenter offers many of the same services as a bank, including a checking account, money transfers and check cashing. It can be a convenient way to perform basic banking transactions while shopping or serve as an alternative to banks for consumers who are blacklisted by ChexSystems.

However, there are some caveats. The MoneyCenter’s options may be more limited than what most banks offer.

What does Walmart MoneyCenter do?

Like a traditional bank, the Walmart MoneyCenter provides products and services for consumers to perform everyday banking transactions. Walmart MoneyCenter does not hold funds itself, but rather it partners with other institutions to offer various banking services.

One product sold by the MoneyCenter is Green Dot’s GO2bank, a mobile checking account. This checking account has a $5 monthly fee, which is waived when you sign up for direct deposit. GO2bank is FDIC-insured, so money in the account is federally protected. It offers basic banking services including a debit card, access to an ATM network and online bill pay.

Walmart MoneyCenters are typically open from 8 a.m. to 8 p.m. Monday through Saturday and from 10 a.m. to 6 p.m. on Sundays, though hours may vary by store.

The GO2bank account and Walmart MoneyCard are FDIC-insured, and the MoneyCenter’s Bluebird account has FDIC pass-through insurance, except on temporary cards.

There has been recent controversy about the safety of money transfers offered through Walmart MoneyCenter. In June 2022, the FTC sued Walmart for allegedly failing to prevent customers being defrauded out of hundreds of millions of dollars. The lawsuit alleges that from 2013 to 2018, Walmart turned a blind eye, collecting profits from fees, while fraudsters used its money transfer services for such schemes as IRS impersonation, relative-in-need scams and others.

Among several of the FTCs complaints is that up until 2014, Walmart had no written anti-fraud policy. It has since violated its own policy several times since then, according to the FTC, which could be a concern for customers using Walmart’s money transfer services.

While the Walmart MoneyCenter could be a good option for those who are unable to open a bank account, there are some other ways you can bank if you’ve previously been rejected for a checking account.

One alternative is a second-chance checking account. This type of account is designed for those who may have a negative banking report and gives them an opportunity to repair their banking history. Second-chance accounts may have more fees than a standard checking account, but they allow customers to take advantage of bank offerings, such as large ATM networks, FDIC insurance and free checks.

If you’re looking for ways to transfer money, there are many alternatives to Walmart MoneyCenter. One of the easiest ways to send money to someone long distance is using a peer-to-peer (P2P) payment service, such as Zelle or Venmo. PayPal even allows you to send money overseas.

Wise is another service that can facilitate money transfers both domestically and internationally. You can enter your bank information and the recipient’s bank information online and pay using a card or from your bank account. The service is also available over-the-phone or in-person at a bank branch. Wire transfers are another money transfer option, though they often come with high fees.

Walmart MoneyCenter offers similar financial services to a bank or credit union. However, it doesn’t have the scope of services available at a bank and has faced recent allegations of allowing fraudsters to take advantage of its money transfer services.

If you’ve been denied a standard checking account, the Walmart MoneyCenter isn’t the only option left for banking. There are plenty of second-chance checking account options available, which also allow you to build up a positive banking history. 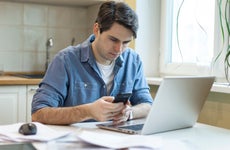 What is a balance transfer credit card and is it right for me? 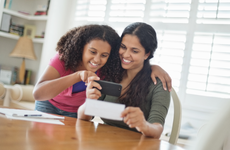 Checkless checking account: What it is and how it works 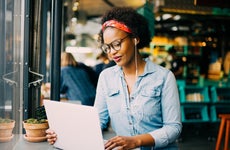 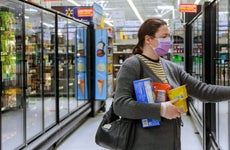